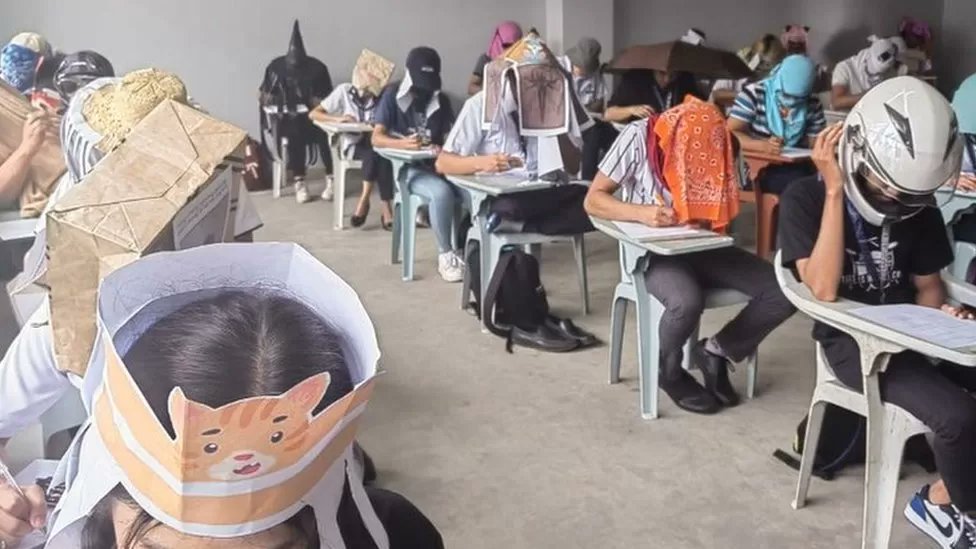 Students’ ‘anti-cheating’ exam hats go viral. Students were asked to innovate in caps that would block their ability to see their peers’ answer papers in Legazpi, Philippines. Playback/Twitter

Images of students in the Philippines wearing “anti-glue hats” during college exams have gone viral on social media in recent days. Students at a college in the central city of Legazpi were asked to wear a helmet that would prevent them from seeing others’ evidence.

Many have created homemade contraptions out of cardboard, egg cartons and other recycled materials. One boy even made glasses using paper tubes. Others wore Halloween hats, helmets and masks. 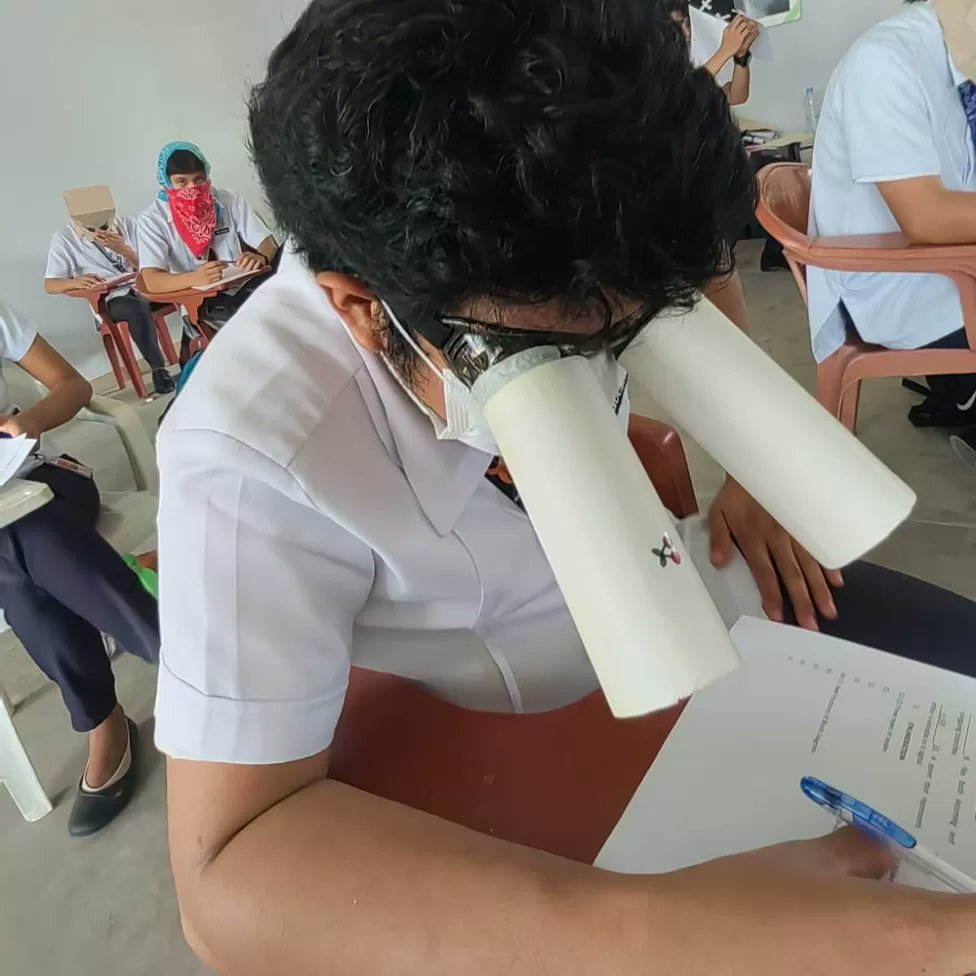 Student made paper glasses to avoid cheating in exams in Legazpi, Philippines. Playback/Twitter 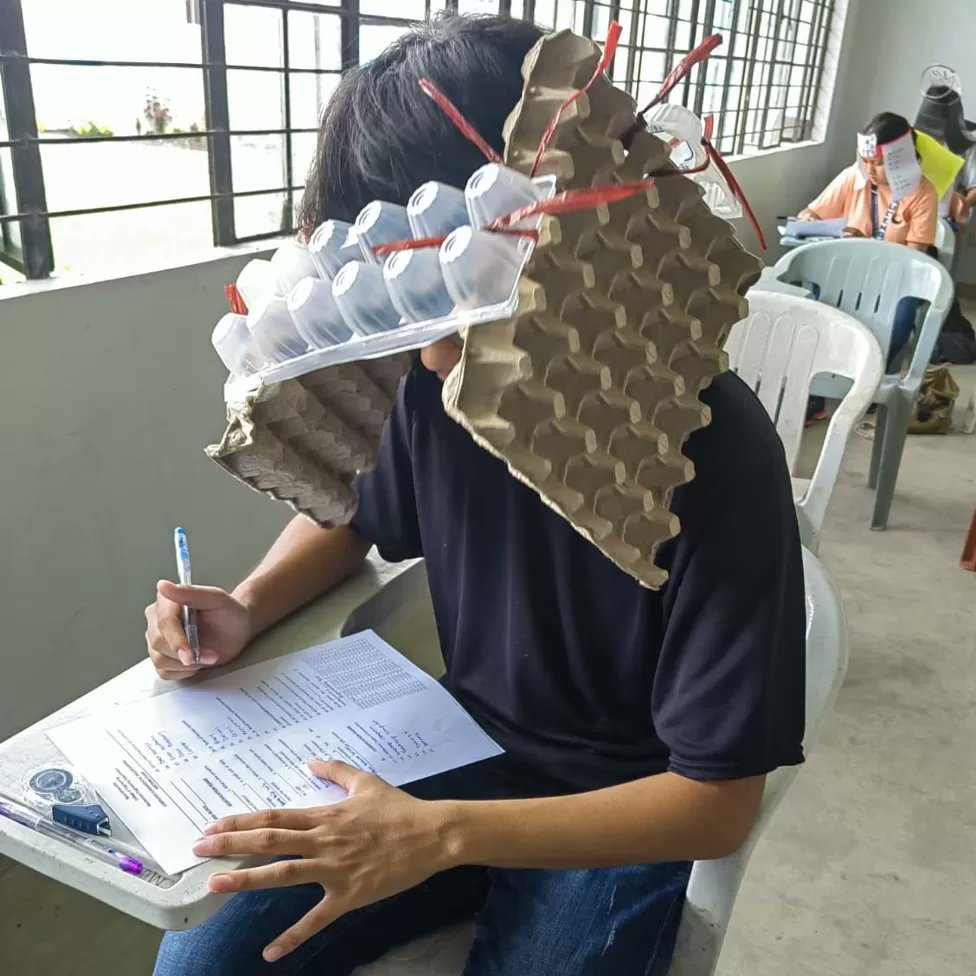 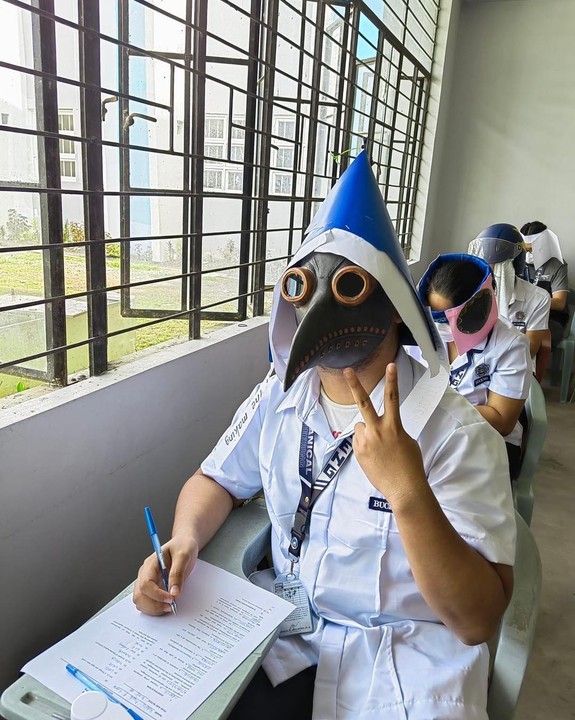 Student wears a bird’s beak mask similar to the one doctors wore during the bubonic plague pandemic. Playback/Twitter

The teacher behind the idea told the BBC she was looking for a “fun way” to ensure “integrity and honesty” in her classes. Mary Joy Mandane-Ortiz, professor of mechanical engineering at Bicol University College of Engineering, said her idea was “really effective.”

No one has been caught cheating this year, the teacher pointed out.

The photos published by Mandane-Ortiz quickly became news in the Philippines and several other colleges followed suit.

The teacher told the British broadcaster that she was inspired by a technique used in Thailand nine years ago. A photo of a classroom at a university in Bangkok, in which students were taking an exam wearing “ear flaps” – sheets of paper stuck to either side of their heads to block their view – went viral at the time.