Confessed corrupt, Alexandre Pinto, former municipal secretary of Public Works in Rio de Janeiro, was convicted of money laundering, foreign exchange evasion, passive corruption and criminal association. Between 2011 and 2014, during the first term of Eduardo Paes (PSD) at the helm of the city hall, he managed grandiose contracts related to the infrastructure of the 2016 Olympics and, as would later come to light, resorted to the well-known expedient of collecting bribes from contractors, as a percentage of the total value of investments. For the crimes, he collected four convictions that, together, add up to 76 years in prison. All were pronounced by Judge Marcelo Bretas, of the 7th Criminal Court of the Federal Justice, responsible for the Rio de Janeiro branch of Operation Lava-Jato.

In May of this year, Pinto was released by the magistrate thanks to a plea bargaining agreement, of which some parts were leaked, despite the secrecy, and involve, without evidence, Mayor Eduardo Paes, who promptly reacted, invoking the National Council of Justice (CNJ). The objective is to remove Bretas, whom Paes accuses of acting partially against him in the same case, even harming his political trajectory. In his testimony, approved by the Superior Court of Justice, Pinto says that the former boss would have asked for 8 million reais in bribes in the celebration of contracts related to the construction of schools and the dredging service of the Acari River. Based only on the account of the former secretary, 68 procedures were opened, already referred for investigation, most of them by the Federal Police.

Paes’ defense requested access to the material, but Bretas denied it, citing the secrecy of the case. It was precisely such an arm wrestling that led the mayor to file a lawsuit with the CNJ asking for the initiation of a disciplinary process against the judge, followed by his removal. He should leave the post, according to the mayor’s lawyers in the document to which VEJA had access, “due to conduct incompatible with the impartiality that must guide the performance of the magistrates”. 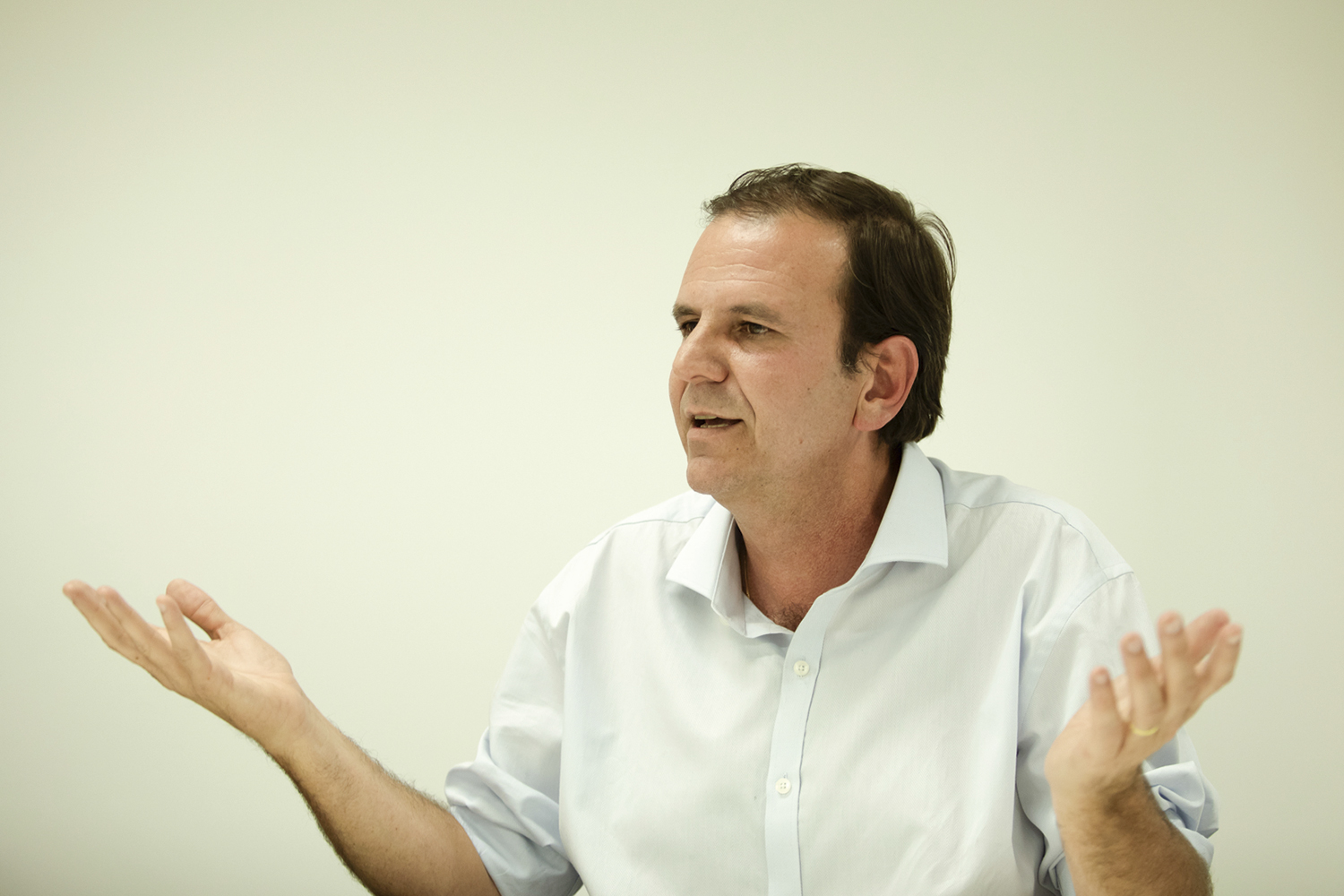 IN THE FIGHT – Paes says he is prejudiced by the judge: he “has no parity to arbitrate” – Leo Martins/Agência O Globo

Paes’ defense focused on the Pinto trial hearings back in 2018, when the accused and the judge were face to face. In the lawsuit filed now against Bretas, excerpts from these dialogues were clipped to reinforce the argument that the former secretary would have been induced to entangle Paes, as in the part in which he refers to the scheme of overpricing of works in the construction of the west branch of the BRT , Rio’s express bus service, which was part of the Olympic plan. Pinto stated, at the time, that the agreement to pay 1.75% of the contract would have been sealed in the mayor’s own office, directly with Leandro Azevedo, the then Odebrecht executive responsible for the venture. The point on which Paes’ defense focuses also intrigued the prosecution, which accused Pinto at the hearing: after all, did the secretary witness such a spurious agreement? “No, I wasn’t there,” Pinto replied. “So, was it a report that Mr. Leandro Azevedo made to you?”, asked the prosecutor. “Perfect”, concluded the former secretary. In other words: an accusation made on the basis of “heard say”, contradicting previous testimonies in which Paes’ name was not mentioned.

To make matters worse, the hearing took place on October 4, 2018, exactly three days before the first round of the last elections for the government of Rio, a race that Paes had led until that moment. The piece presented to the CNJ states that Bretas acted to favor Wilson Witzel — at the time the former federal judge was an illustrious unknown and ended up with the biggest chair at the Guanabara Palace. Bretas and Witzel are friends and do not hide the bond that unites them. Once the votes were counted, the judge and governor posted the same photo on their social networks in which they appear holding hands, aboard a jet in which they traveled to accompany the inauguration of Jair Bolsonaro, in Brasilia. The rest is history. Witzel, as is known, was impeached, accused of leading a scheme that dredged large public resources from the health coffers, and Bretas continued wearing the toga.

Paes’ move is not the first to raise a question about Bretas’ suitability in justice. As revealed by VEJA, Nythalmar Dias Ferreira, a lawyer who represented several Lava-Jato defendants, told in his plea that the judge negotiated sentences, advised lawyers and arranged the game with the Public Ministry. He even recorded conversations with the magistrate, the content of which came to light in June 2021. This account triggered at least fifteen requests for suspicion by Lava-Jato defendants against Bretas, which led to his removal from all cases in that Nythalmar acted. If Paes’ complaint is accepted by the CNJ, this will be the next step, the body will say whether the judge can continue hitting the gavel. As the process runs in secrecy, the mayor’s defense preferred not to comment. Wanted by the report, Bretas also kept silent.