With a long road in politics, Luiz Inácio Lula da Silva it has already had its ability to influence the electorate to anoint its allies at the polls several times tested. The 2022 elections would, at least theoretically, further his potential to sponsor candidates, given that Lula has been president twice, is widely known, and has honed his ability to weave the necessary seams. His most notorious feat in this field was to score in the Planalto, in 2010, the minister Dilma Rousseff, then unknown. Now, with the stakes soaring, he would be expected to lend his popularity to the candidates he supports across the country, as a strategic figure on the state stage. But that’s not what you’ve seen. In no unit of the federation does an aspiring governor of the PT coalition rub shoulders with Lula in the uprisings. In ten states where the ex-president leads in voting intentions for the Planalto, in some cases with ease, whoever is in the race on his ticket is worth it to win the preference. There is a big Lula in the dispute with Bolsonaro and another, smaller, in the regional showcases. 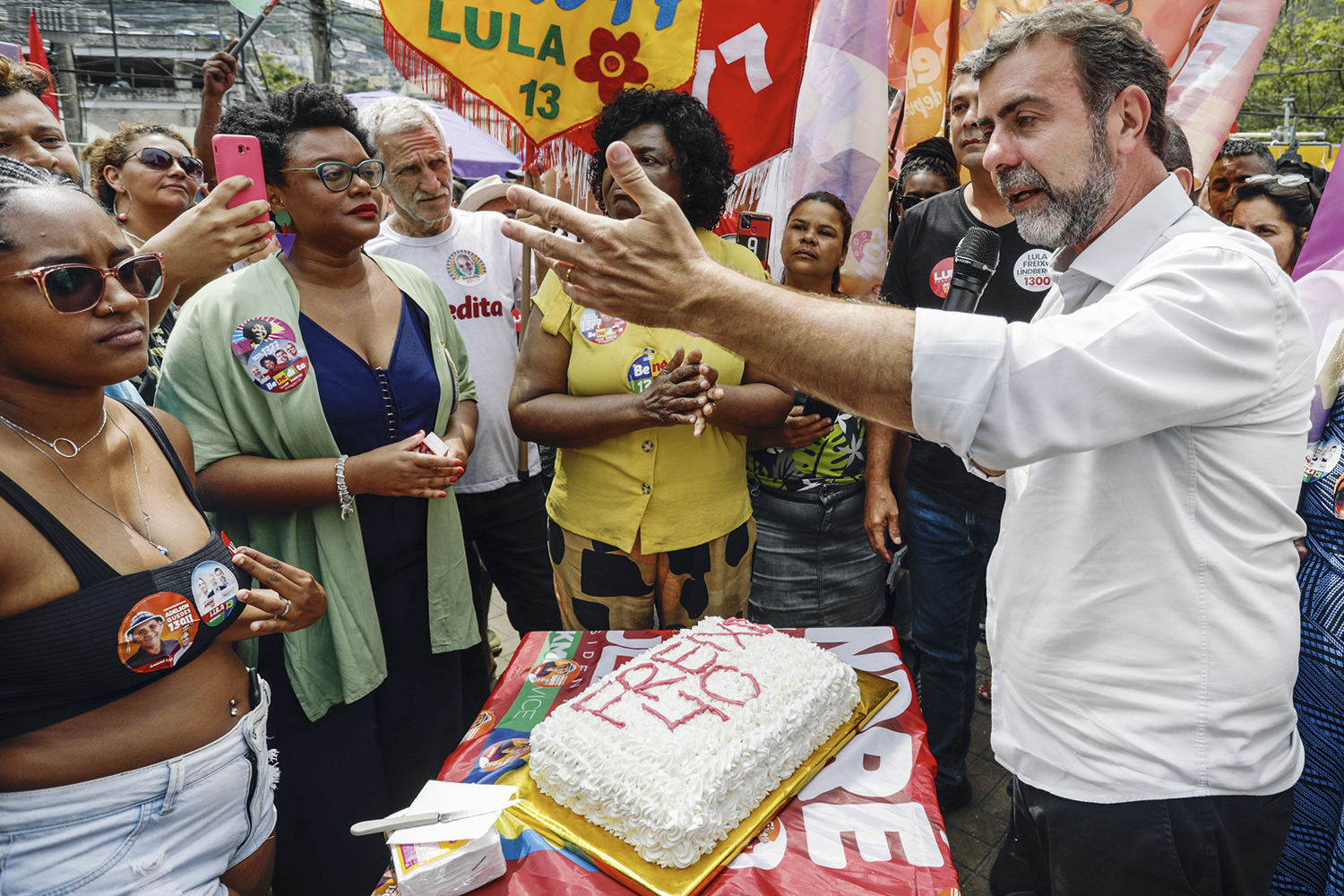 CONSOLATION PRIZE – Ash: he wanted a rally, but he had to hold back to host an event behind closed doors – Gabriel de Paiva/Agência O Globo

Part of the explanation is due to local nuances — there are so many particularities in each state that attributing the obstacles faced to Lula would be an oversimplification. Another aspect must be taken into account: there is a limit to the transfer of votes. A dive into recent history shows that the Bolsonarista wave that marked 2018 was strong enough to bring seven government candidates to power who were running along with Jair Bolsonarohowever, it did not prevent figures more to the left from settling in the Northeast or traditional parties not aligned with the current president from winning in eight states.

However, a political component now stands out, which helps to explain the discrepancy between Lula’s numbers and those of his allies (see box). He needs to diversify the range of support as never before, since he has a strong candidate – Bolsonaro – on the other side of the ring, and he still fights against an anti-PT sentiment embedded in a portion of the population. And, to top it off, he tries to close the election in the first round. In other words, negotiating broad partnerships is much more important than entering into local disputes. “Lula needs more support than he’s ever needed in the past and has avoided alienating himself in state plans,” says political scientist Nara Pavão. 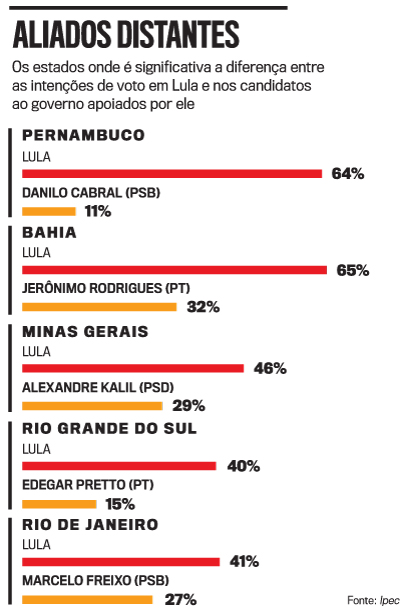 The second largest electoral college in Brazil, Minas Gerais is a good laboratory to understand the chess of the former president’s influences. There, he leads the contest with 46 percentage points, 17 more than his ally, the mayor of Belo Horizonte, Alexandre Kalil (PSD), who works to ascend to the Tiradentes Palace. Throughout practically the entire campaign, Lula turned a blind eye to “Lulema”, a vote that combines the option for him at the national level with the choice for governor Romeu Zema (Novo). Pulled by the Bolsonarista avalanche in 2018, Zema, although trying to detach himself from Bolsonaro’s worn-out image, is still in the running with his endorsement.

The fact is that Kalil was skating in the polls until, right in the final stretch, Lula intensified his presence in the key state and decided to appear at his side in two rallies, in Montes Claros and Ipatinga. The apparition proved decisive, demonstrating the strength of Lula’s presence. “Kalil is unknown in the countryside, and Lula took his name to these corners”, says political scientist Pedro Henrique Marques, a member of the UFMG’s Center for the Study of Political Behavior. 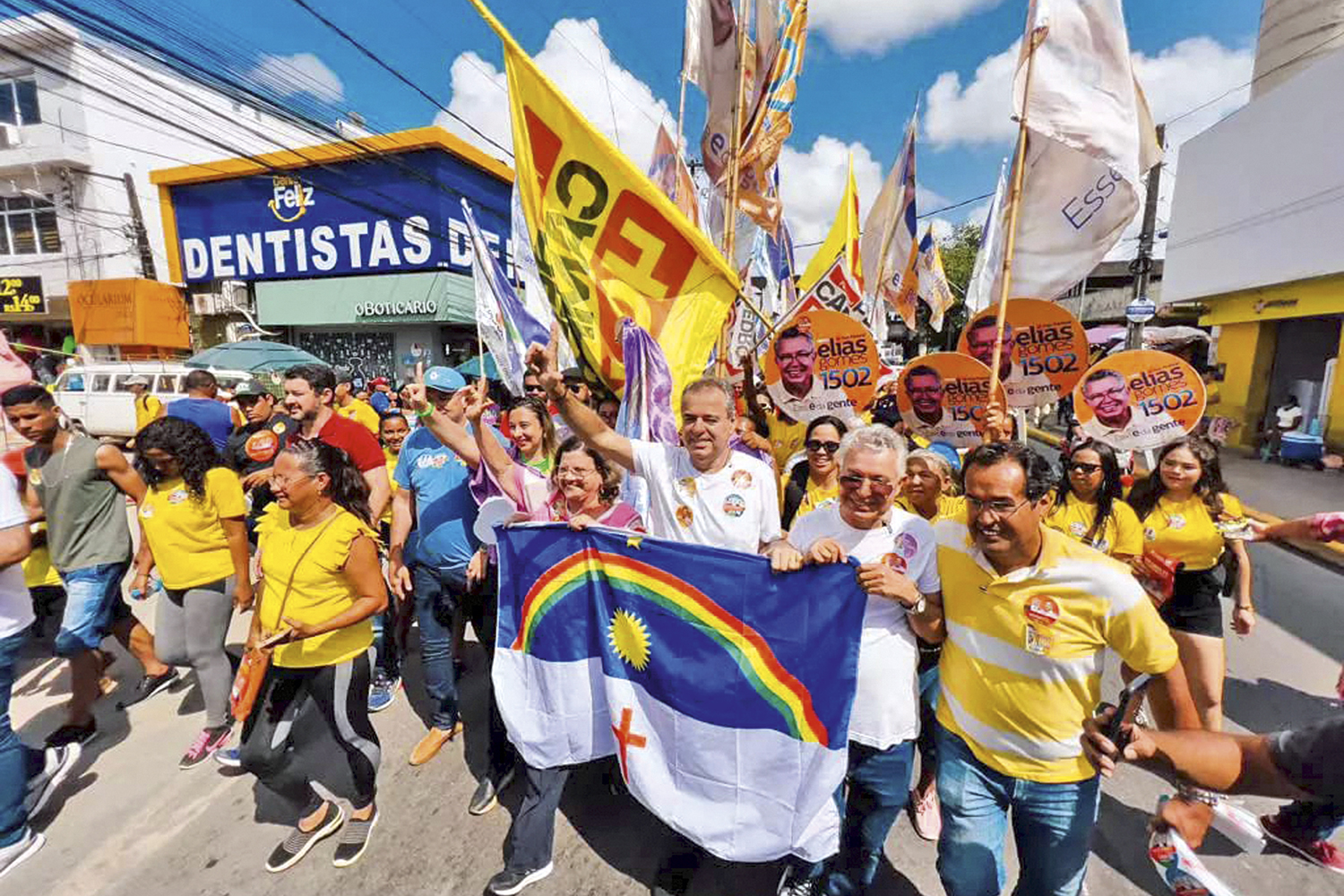 IT WAS AND HAS NOT RETURNED – Danilo Cabral on the streets of Recife : Lula appeared only once, before the start of the campaign – @danilocabralpe/Facebook

The web of politics, however, often does not allow the former president to animate the platform of his allies. One of these thorny cases is Rio de Janeiro, where, a few days before the election, Marcelo Freixo (PSB) saw the distance between him, in second place in the polls, and Governor Cláudio Castro (PL), at the end, deepen. Even so, Lula did not enter the field. In his frantic quest to expand the arc of alliances, he was in Rio de Janeiro — only he gave preference to Mayor Eduardo Paes (PSD), with whom he went to the court of the Portela samba school, abandoning the red to embrace, in clothes and in the platform, the suggestive blue of the association. A relevant support was then established, a party in which Freixo, who had hoped for a rally with the former president, did not participate. He was dropped from the guest list by advice from Paes to PT president Gleisi Hoffmann: “It’s no use preaching to converts. To win in the first round, you need to build a broad front,” he said. Freixo was left with a closed-door meeting with Lula and a group of influencers.

Focusing efforts on the Southeast Region, where the largest share of the electorate resides and the polarization with Bolsonaro is more acute, ended up leaving states that relied on the former president to leverage candidacies in the background, many in the Northeast. In Pernambuco, where the PSB put the name of Danilo Cabral on the table to the government as a condition to launch Geraldo Alckmin as vice president on the presidential ticket, Lula held a single rally — in July, before the campaign began. Adrift, Cabral spent all his time at the risk of not even making it to the second round, while Marília Arraes (Solidariedade) headed the measurements, sticking her own image to Lula’s. PSB bigwigs begged for a new act with him, but the most they got was a meeting in São Paulo, where they recorded messages of support in series to be broadcast during election time. Also in Rio Grande do Sul the PT candidate, Edegar Pretto, parked in the rear, always at a level of 10%, behind Onyx Lorenzoni (PL) and Eduardo Leite (PSDB). “We’ve always known that the party’s priority was the presidential election, it’s life,” says Mari Perusso, Pretto’s campaign coordinator.

GAS AT THE END – Jerônimo Rodrigues, from Bahia: he benefited from the good numbers of and Lula, even from a distance – @jeronimorodriguesba/Instagram

However, Lula’s strength is unquestionable, even at a distance. With his excellent performance in the polls on the eve of the first round, some candidates, even without having him in tow, benefited. In Bahia, PT Jerônimo Rodrigues advanced 17 points in a month and suddenly left the anemic third position that had been chasing him. It is good to remember that the fact that ACM Neto (União Brasil), the leader in the polls, still got into a big problem by declaring himself brown to the Electoral Justice and getting involved in the explanations. “Lula makes a difference even without being present”, says PT Rui Costa, the current governor of the state. Another turning point takes place in Ceará: in the presidency of the presidential candidate Ciro Gomes, the candidate launched by him was recently overtaken by PT Elmano de Freitas, suddenly tangled up in the front line with Bolsonarista Capitão Wagner (União Brasil). In the scenario in which the presidential election ends in the first round, as the PT dreams, the general expectation is that the ex-president will become the electoral cable that the candidates so long for. For now, Lula has been leaving me wanting more.