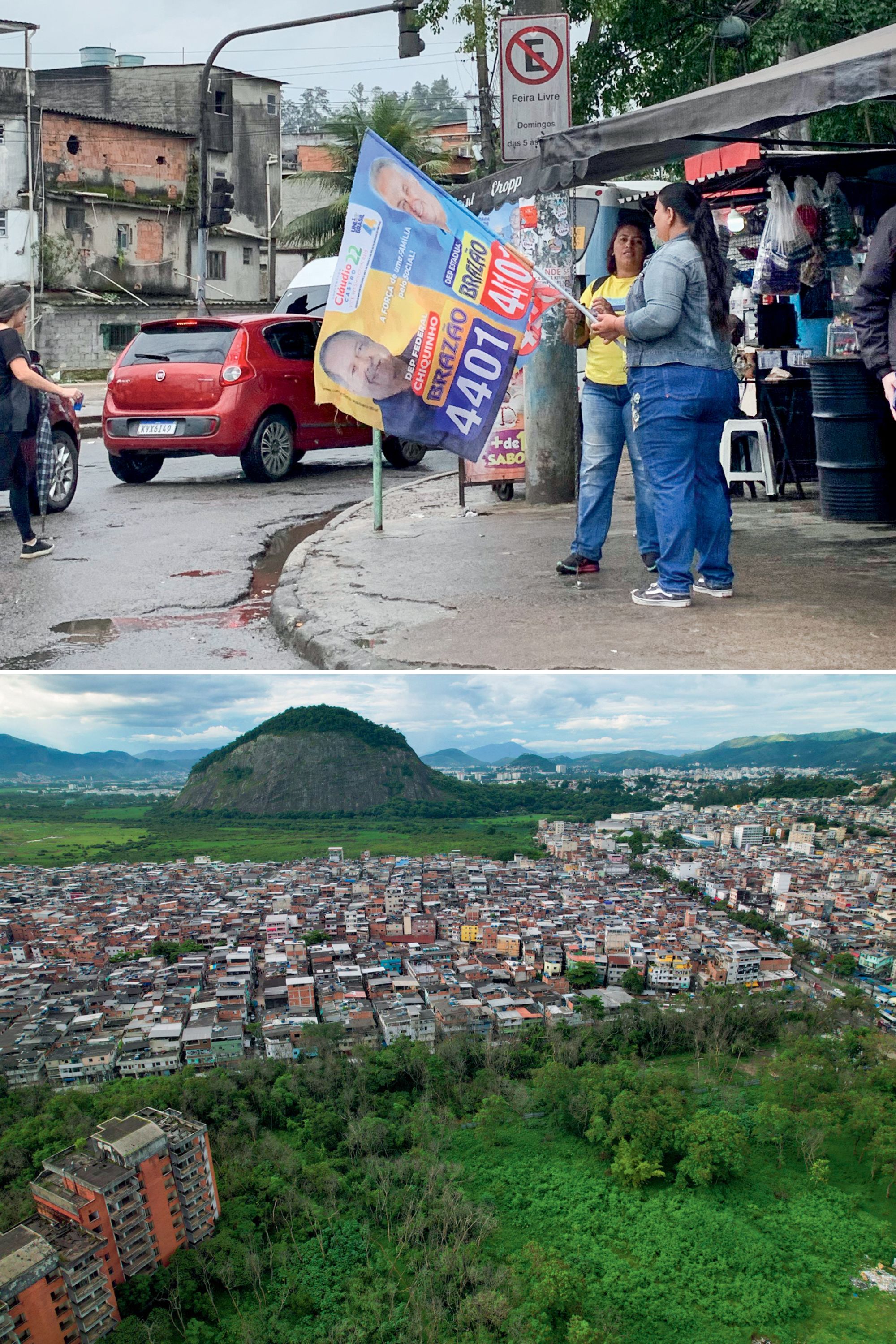 SCREENING – Rio das Pedras: in the pocket of poverty located in the West Zone (next door), only those who pass through the sieve of bandits can wave flags – Sofia Cerqueira/VEJA/Marcelo Paulo/Futura Press

“You are not welcome here.” Upon hearing the phrase, fired in a threatening tone by subjects posted at the entrance of the Rio das Pedras favela, in the West Zone of Rio de Janeiro, state deputy Renan Ferreirinha (PSD), who is trying to get a seat in the Federal Chamber, did not think twice. times: he gathered his electoral officers, turned around and crossed out the spot on the campaign agenda. In the pockets of poverty in Rio, the third largest electoral college in the country, holding rallies and distributing saints depends on the authorization of militias and drug trafficking. The situation is not new, but this year it has expanded as never before, along with the proliferation of this abominable parallel power.

Research by the Fogo Cruzado Institute, in partnership with the Fluminense Federal University (UFF), shows that the territorial domain of criminal organizations in the state increased by 5.5% between 2018 and 2022 and today covers 20% of the metropolitan region of the capital. In an area comprising 97 polling stations, 77 — with 4.6 million voters — are in the hands of armed groups that bar candidates other than their own and earn money from campaign interference.

The situation in Rio got so complicated that Mayor Eduardo Paes went to Minister Alexandre de Moraes, president of the Superior Electoral Court (TSE), to denounce the intimidation and ask for help. An extraordinary office was then created, equipped with an intelligence service that brings together the Electoral Justice, the Federal Police and the Eastern Military Command, among others, to try to curb the practice. “We have reached an unacceptable point”, warns the president of the Regional Electoral Court (TRE), Elton Leme. To assess the level of interference by the parallel power, VEJA heard forty candidates for the Senate, Chamber and Legislative Assembly and the four best placed in the dispute for the state government. Of them, 75% confirmed that they had already faced restrictions and threats or, as a precaution, removed the risk areas of the campaign. “To do politics in Rio you don’t just have to be prepared, you need courage”, says Rodrigo Neves, candidate for the government for the PDT.

Neves uses an armored car and armed security and has hired a team to assess risks. Even with all this care, he was prevented by the traffic from making a motorcade in São Gonçalo and, by the militia, from promoting a meeting in the West Zone. Both times, his aides received threatening messages. A site for militiamen, this region of Rio is one of the most subject to the culture of fear spread by criminals. A survey carried out by the Disque Denúncia, at the request of VEJA, shows that in the last six months the service received 3,022 calls about militias, of which 2,019 refer to the capital and, of these, 66% mention neighborhoods and communities in the West Zone. 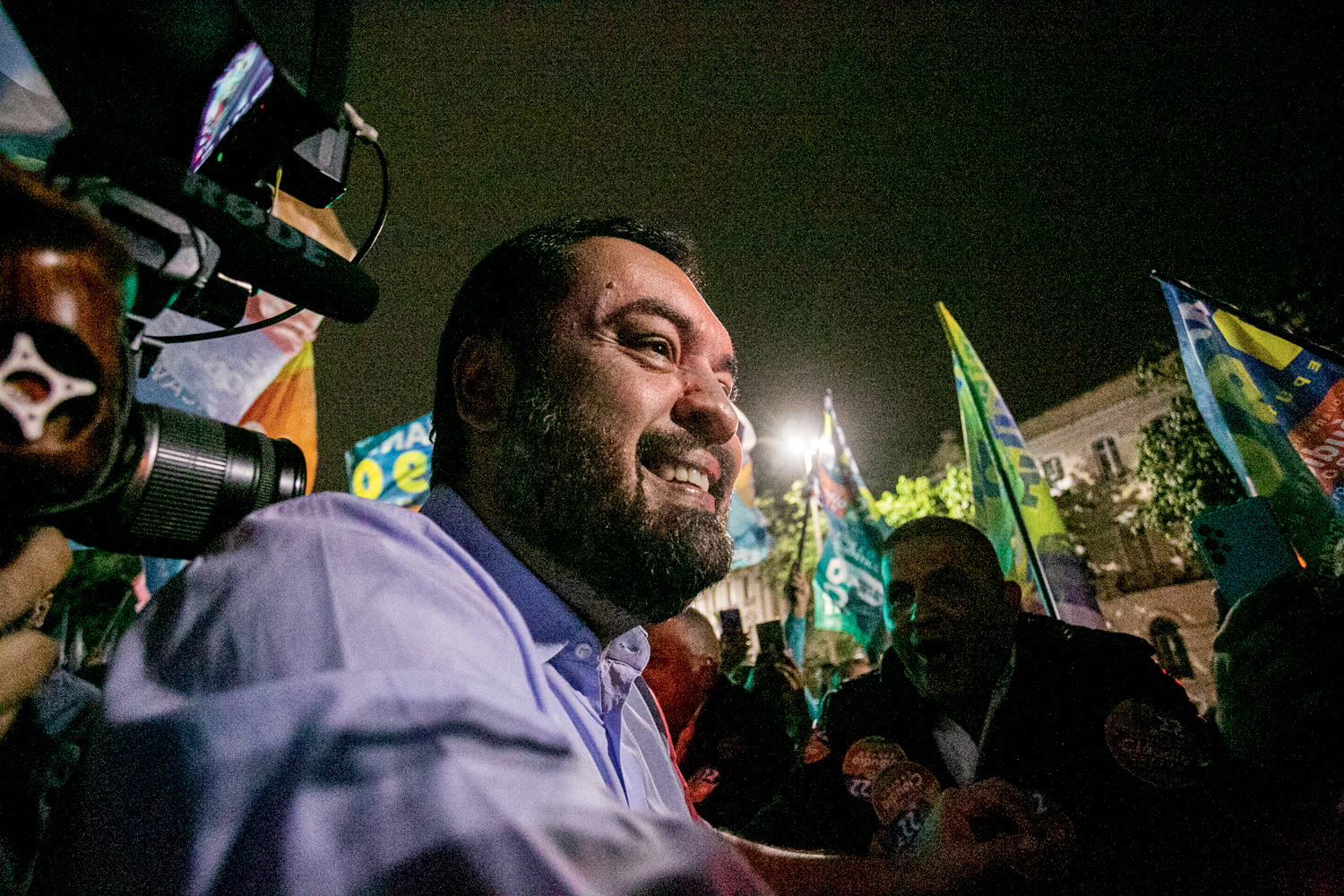 Baixada Fluminense, where drug traffic predominates, is another critical point. Aureo Lídio (Solidariedade), candidate for reelection in the Chamber, experienced a situation of panic two weeks ago, when he and supporters were “invited” by an armed man to leave a neighborhood of Duque de Caxias dominated by drug trafficking. Intimidation, however, happens everywhere. Gabrielly Damasceno, candidate for federal deputy for the PSC, reports that, when trying to do melee in some points of Bangu, where she lives, she received scary messages on her Instagram, such as “Careful where you walk, Gabizinha. (…) Yes, it’s already going to take its toll”. In WhatsApp groups of residents, warnings appear that only the chosen ones of the gang can campaign. “If you fight, you will suffer the consequences”, says a message from the traffic that circulates in the Parada 40 neighborhood, in São Gonçalo.

Several candidates heard by the report also confirm the existence of a toll to enter certain places where the law of exclusivity is more flexible. In them, the trafficking table ranges from 300,000 to 500,000 reais and that of the militia can reach 1 million reais. Get a discount and even a free pass for those who have connections with criminals or those who have the potential to influence and appoint positions in the government and at Alerj. “In recent years the militias have started to act differently. Instead of launching candidates for the organization, they are investing in names with a clean record”, observes prosecutor Bruno Gangoni, coordinator of the Special Action Group to Combat Organized Crime (Gaeco). Not entirely: Rio’s Public Ministry has identified eight candidates who are being investigated for links to organized crime. 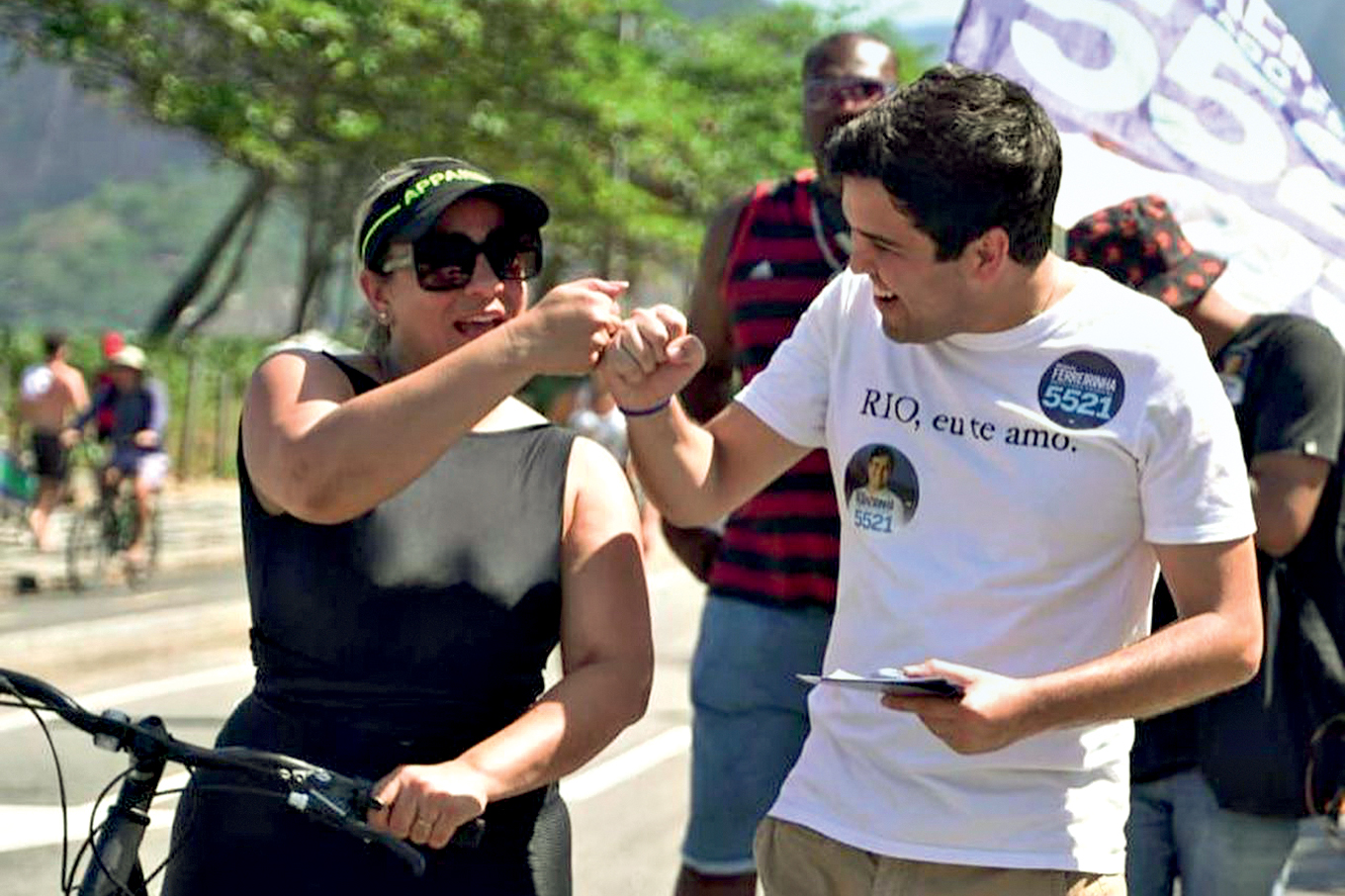 In Rio das Pedras, the VEJA report even saw campaign material from some candidates, but electoral cables with flags, only those of Chiquinho Brazão, who is seeking reelection as a federal deputy, and Manoel Inácio Brazão, candidate for Alerj, both of the Union Brazil. “We have visited the 92 municipalities in the state, neighborhoods and regions of the city without any difficulty. I have always worked on behalf of the social”, argues Chiquinho, who is the brother of Domingos Brazão, a retired advisor from the State Court of Auditors (TCE), investigated for alleged ties to militia members.

Candidate for the government of Rio, Marcelo Freixo (PSB), who commanded the CPI das Milícias in 2008, obviously does not come close to the dominated enclaves. “Campaigns were limited territorially in the last elections, but this year it got much worse,” says he, who wears a bulletproof vest. Like Freixo, state deputy Luiz Paulo Corrêa da Rocha (PSD), candidate for the sixth term at Alerj, restricts his agenda to asphalt. “I refuse to ask bandits for permission to move around,” he says. Governor Cláudio Castro (PL), who is trying to get reelected, says he is unaware of intimidation. “No case has come to me, but any complaint will be absolutely investigated and fought,” he promises. The residents of the West Zone themselves not only confirm the barriers, but also say that the coercion extends to them on polling day: the bandits make their exit from a private polling station and threaten their sponsors to vote. In crime-ridden areas of Rio, election is a game of marked cards.