In Kyiv, the monument “Motherland” shone in the colors of the flag of Ukraine (photo)

The Ministry of Culture stressed that with this step the world once again showed the strength of the spirit. 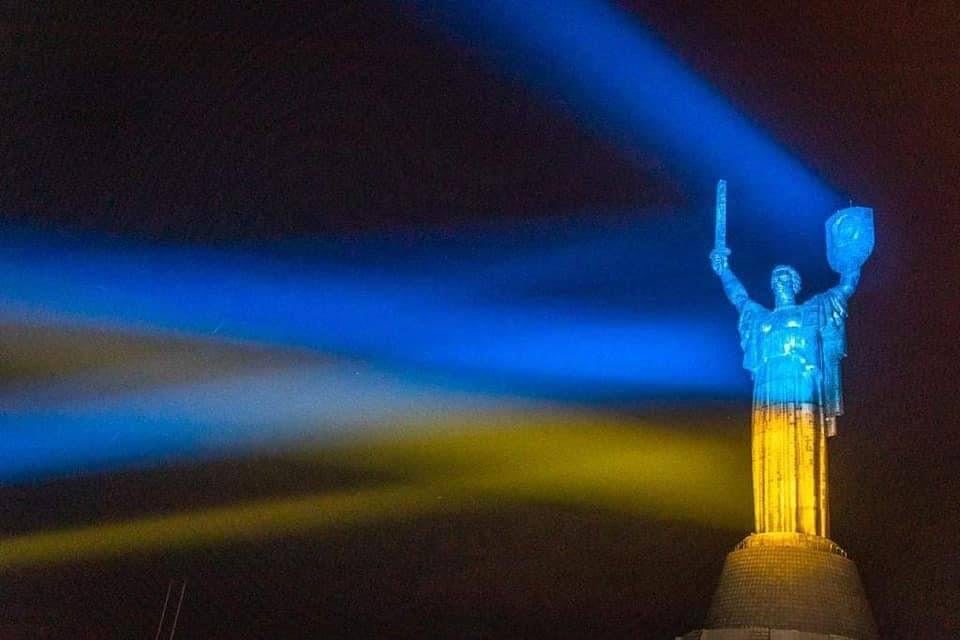 The Motherland monument in Kyiv was illuminated with the colors of the Ukrainian flag. The action was held as part of the Day of Remembrance and Reconciliation and on the eve of the Day of Victory over Nazism in World War II.

This was reported by the press service of the Ministry of Culture and Information Policy of Ukraine on Facebook.

“On the Day of Remembrance and Reconciliation and on the eve of the Day of Victory over Nazism in World War II, the Motherland monument was lit in the capital with the colors of the state flag. This was done in order to once again demonstrate to the world the strength of mind and unity of Ukrainians for the sake of the victory of our state “, the message says.

Recall that the monument is located on the territory of the National Museum of the History of Ukraine in World War II and is considered the tallest sculpture in Europe. 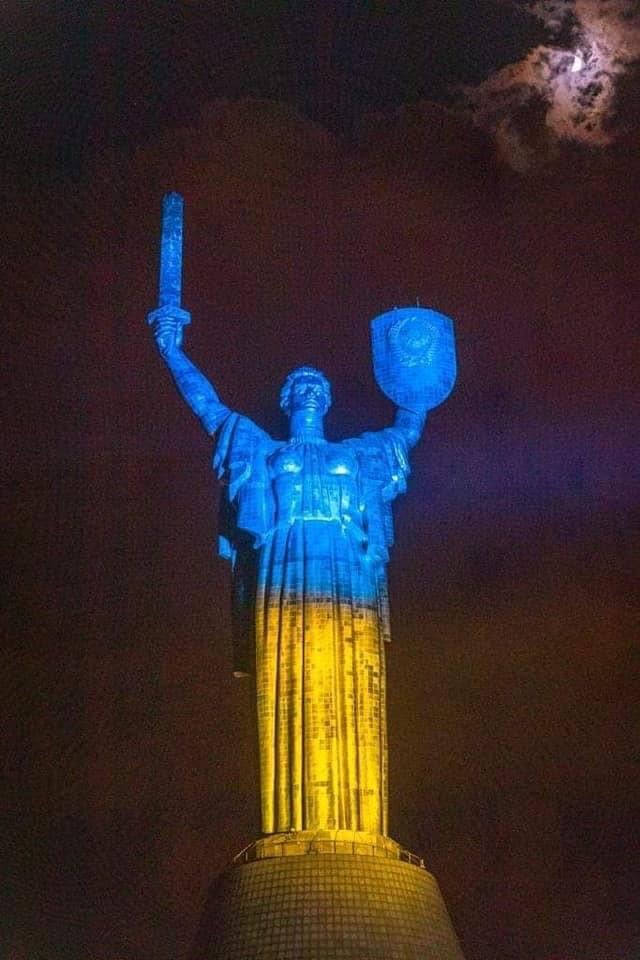 As UNIAN previously reported, on February 23, the main attraction of the city, the Brandenburg Gate, was lit up in the capital of Germany in the colors of the Ukrainian flag as a sign of solidarity with Ukraine.

In addition, in Paris, the authorities lit up the city hall in the colors of the Ukrainian flag to express their support. Paris Mayor Anne Hidalgo said earlier Wednesday that “the specter of war is once again looming on Europe’s doorstep.”