Z-propagandists are confused for the purpose of “special operation” in Ukraine: they say they are at war with the United States

The official goals of the “operation” are incomprehensible and unattractive for the population. 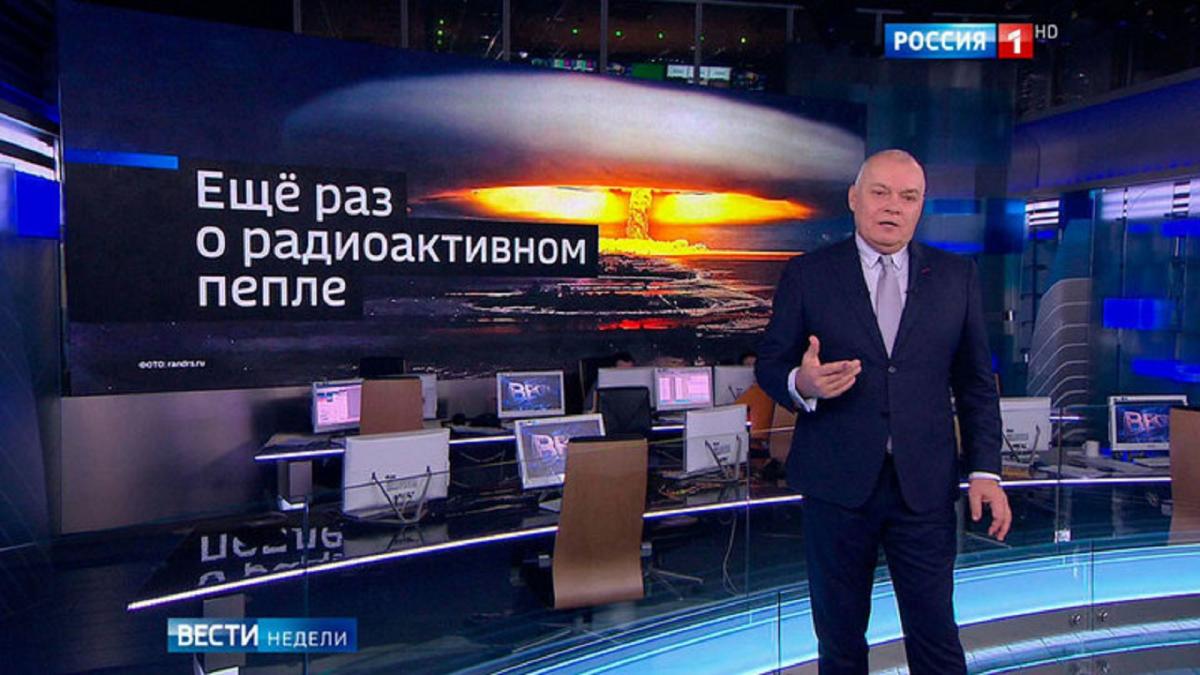 TV propagandists are already openly talking about the war with the USA and the West, moreover, nuclear war / Screenshot

Putin’s propagandists no longer support Moscow’s official version of “denazification”, now they interpret the events as the beginning of a “victorious war” with the United States.

About this writes the publication “We can explain.”

In the first case, the authors discover “sacred meanings”, in the second they directly cut down that the official “is incomprehensible to the people”, and offer their own versions. Those and other z-authors agree that this is the last, decisive battle, the publication quotes the words of Russian sociologist Elena Ivanitskaya.

In another case, the RIA propaganda resource says that “For us, victory means the collapse of US hegemony and, best of all, their disintegration and nuclear control.”

Now the Russian Federation is acting as the “third Rome”, designed to destroy “Carthage”, referring to the Russian Nazi philosopher Dugin.

According to the author, the Third Rome must establish a new world order at any cost.

Moreover, Russian propagandists claim that “Moscow’s victory will also be better for the West: the Russian bear will simply stop noticing the ‘American chicken’.”

TV propagandists are already openly talking about the war with the United States and the West, and nuclear war at that, in the programs of Dmitry Kiselyov and Popov-Skabeeva.

According to Russian political scientist Abbas Gallyamov, the official goals of the “operation” are incomprehensible and unattractive for the population.

The “expansion” of Crimea at the expense of the Kherson region and access to the borders of the Luhansk and Donetsk regions will not inspire citizens of the Russian Federation as much as Crimea-2014. “And you also need to take into account the discontent of the military, whom Putin dragged into the massacre, failing to properly assess the situation in Ukraine,” the expert adds.

As UNIAN wrote, the Kremlin will no longer use the term “denazification” to explain to Putin’s audience the unprovoked attack on Ukraine and the killing of civilians. The Russians simply do not understand it.