“No evil will escape responsibility”: Zelensky addressed Ukrainians on the Day of Remembrance and Reconciliation

Our military and all our people – the descendants of those who overcame Nazism – will win again, the President of Ukraine emphasized. 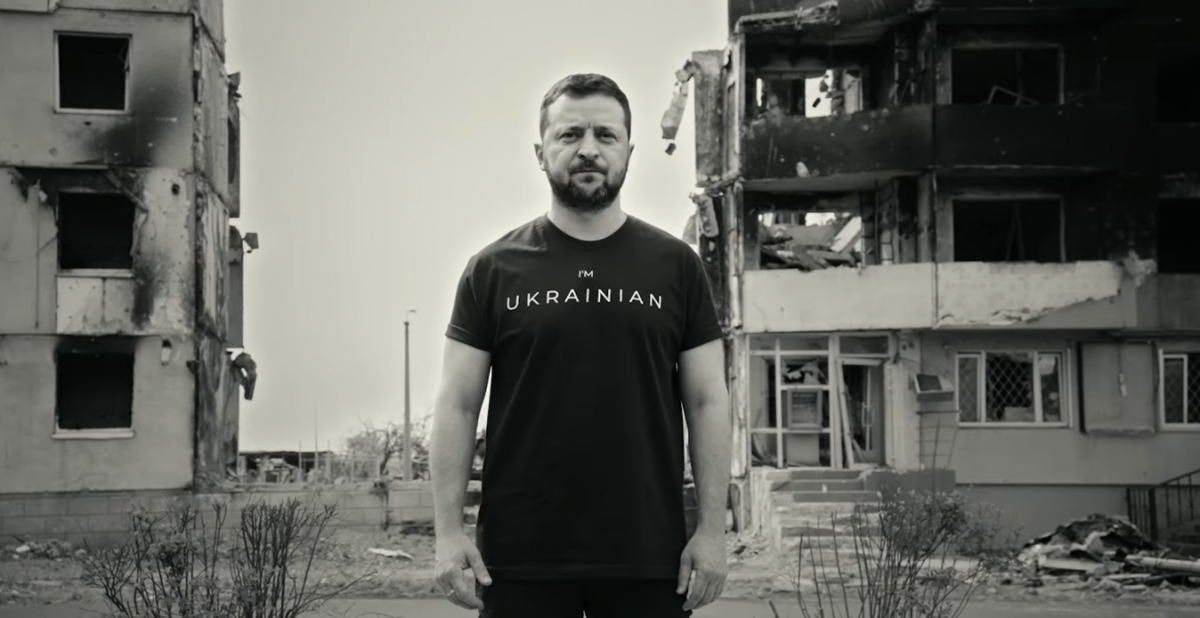 No evil can escape responsibility, can’t hide in a bunker.

President of Ukraine Volodymyr Zelensky said this during an address to Ukrainians on the Day of Remembrance and Reconciliation, when our state remembers all the victims of World War II.

It is symbolic that the president wrote down the appeal against the backdrop of a nine-story building in Borodianka in the Kyiv region that was shelled by Russian invaders.

Volodymyr Zelenskyy noted that the entire civilized world, remembering all the victims of Nazism in World War II, says “Never again” on this day. However, the word “Never” was erased on February 24 by rocket strikes that woke up the whole of Ukraine. Therefore, only “Again” remains.

The head of state noted that for many Ukrainians, despite May on the calendar, February continues.

“Can there be a black and white spring? Can February be eternal? Can golden words lose their price? Unfortunately, Ukraine knows the answers to all these questions. Unfortunately, these answers are yes,” Zelensky stressed.

The President of Ukraine demonstrated the consequences of the Russian crime in Borodyanka. The head of state wrote down his address against the backdrop of a shelled and burned house, noting that this is not a military facility or a secret base.

The President noted that such a meaningless question, but I wonder what Borodianka threatened “the second army of the world” with? Why did the invaders drop 250-kilogram high-explosive bombs on it, because of which the city simply became dumb?

Zelensky stressed that people lived in Borodyanka who made every effort to defeat Nazism. Here, civilians, who were once killed by the Nazis, died. However, then people fought for peace and tranquility, the future of their children and the life that was in the town until February 24th.

“Just look at this house. Once there were walls. Once there were photographs on them. And in the photo were those who once went through the hell of war. Fifty men who were sent to Germany for forced labor. Those who burned alive when the Nazis burned more than 100 houses here.250 soldiers who died on the fronts of World War II, and a total of almost a thousand residents of Borodyanka, who fought and defeated Nazism.To never again.Fought for the future of children, for the life that was here before February 24,” the president said.

“Imagine how in each of these apartments people went to bed. They wished each other good night. They turn off the lights. They hug their loved ones. They close their eyes and dream about something … There is complete silence. They all fall asleep, not knowing that not everyone wake up. They are fast asleep, they dream of something pleasant. But in a few hours they will be awakened by rocket explosions,” Zelensky said.

According to the president, it was on February 24 that “the freaks started repeating.” Our cities, which survived the terrible occupation – so much so that 80 years are not enough to forget about it – saw the occupier again. And they got the second occupation date in history. And some, like, for example, Mariupol, the third. After two years of occupation, the Nazis killed 10,000 civilians in it. After two months of occupation, the Russian Federation killed 20 thousand.

He stressed that we all bow to those who defended their native land and the world from Nazism.

“We celebrate the feat of the Ukrainian people and their contribution to the victory of the anti-Hitler coalition,” the president stressed.

According to him, soldiers died in World War II so that the fascist horrors would not be repeated, but “it happened differently, and this is unfair to them all.” He stressed that the ancestors proved: “no evil will escape responsibility, will not be able to hide in a bunker. From it there will be no stone left unturned.”

“But the truth will win and we will overcome everything. And the proof of this is called Werwolf – this is the former headquarters and Hitler’s bunker near Vinnitsa. And all that remains of it is a few stones, ruins, the ruins of someone who considered himself great and invincible,” noted President of Ukraine.

According to him, our military and all our people – the descendants of those who overcame Nazism – will win again.

“And there will be peace again – finally again. We will overcome the winter that began on February 24 and lasts on May 8, but it will definitely end and the Ukrainian sun will melt it,” Zelensky stressed.

According to him, the flag of Ukraine will once again hoist over the temporarily occupied cities and villages.