Tkachenko: Russia’s destruction of the Skovoroda Museum is a conscious action

The building of the 18th century, in which Skovoroda spent his last years, will have to be completely restored. 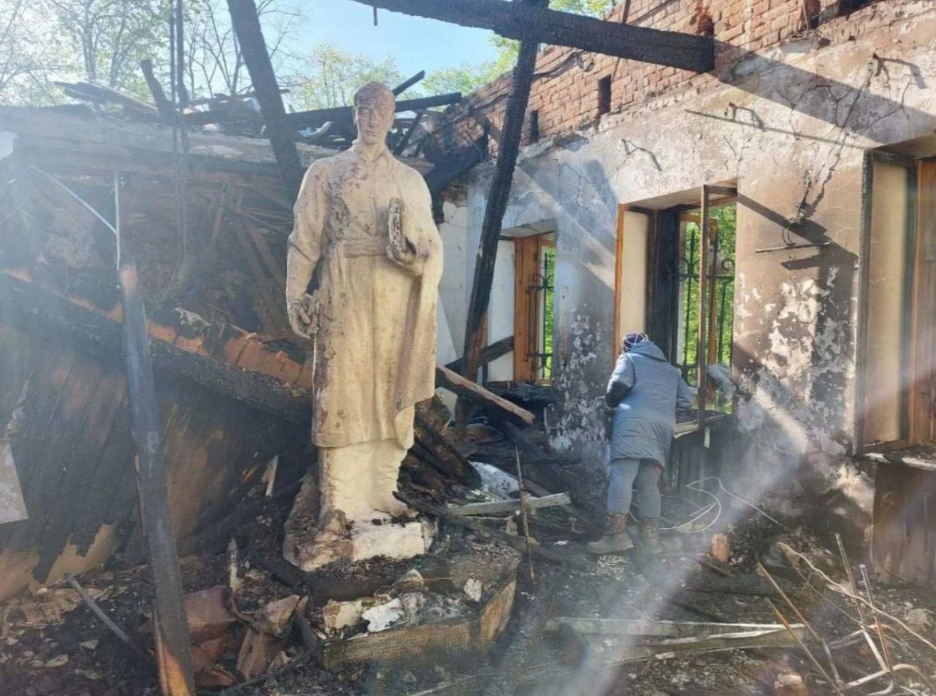 On May 6, Russian invaders fired on the museum of Grigory Skovoroda in the village of Skovorodinovka / photo t.me/synegubov

Minister of Culture and Information Policy of Ukraine Oleksandr Tkachenko notes that Russia’s destruction of the museum of the Ukrainian philosopher Hryhoriy Skovoroda is a conscious ideological action.

He wrote about this in his Telegram channel.

“Skovorodinovka is located remotely from other villages and infrastructure facilities, that is, in fact, there are only fields around. I have no doubt that they beat Skovoroda on purpose,” Tkachenko said.

He expressed the opinion that it was a conscious ideological action.

“They called Skovoroda almost the first Russian philosopher. The grave of Grigory Skovoroda is also nearby – they actually hit the philosopher in the very heart. And they beat him in the year of the 300th anniversary,” the minister noted.

Tkachenko also stressed that serious restoration work was planned in Skovorodinovka. And now the building of the 18th century, in which Skovoroda spent his last years, will have to be completely restored.

“We will definitely fix the corpus delicti together with international experts. We will not leave this case just like that,” the official assured and added that the corresponding letters would be sent to the international community and UNESCO.

On May 6, Russian invaders fired on the museum of Grigory Skovoroda in the village of Skovorodinovka, the museum caretaker was injured.

“At 11 p.m., the Russians fired on the museum of Grigory Skovoroda in Skovorodinovka. The shell hit the roof of the building. There was a 35-year-old man on the territory who looked after the museum, unfortunately, he was injured. The room was actually destroyed. Fortunately, the collection was not damaged, its moved to a safe place in advance,” said Oleg Sinegubov, chairman of the Kharkiv Regional Military Administration.