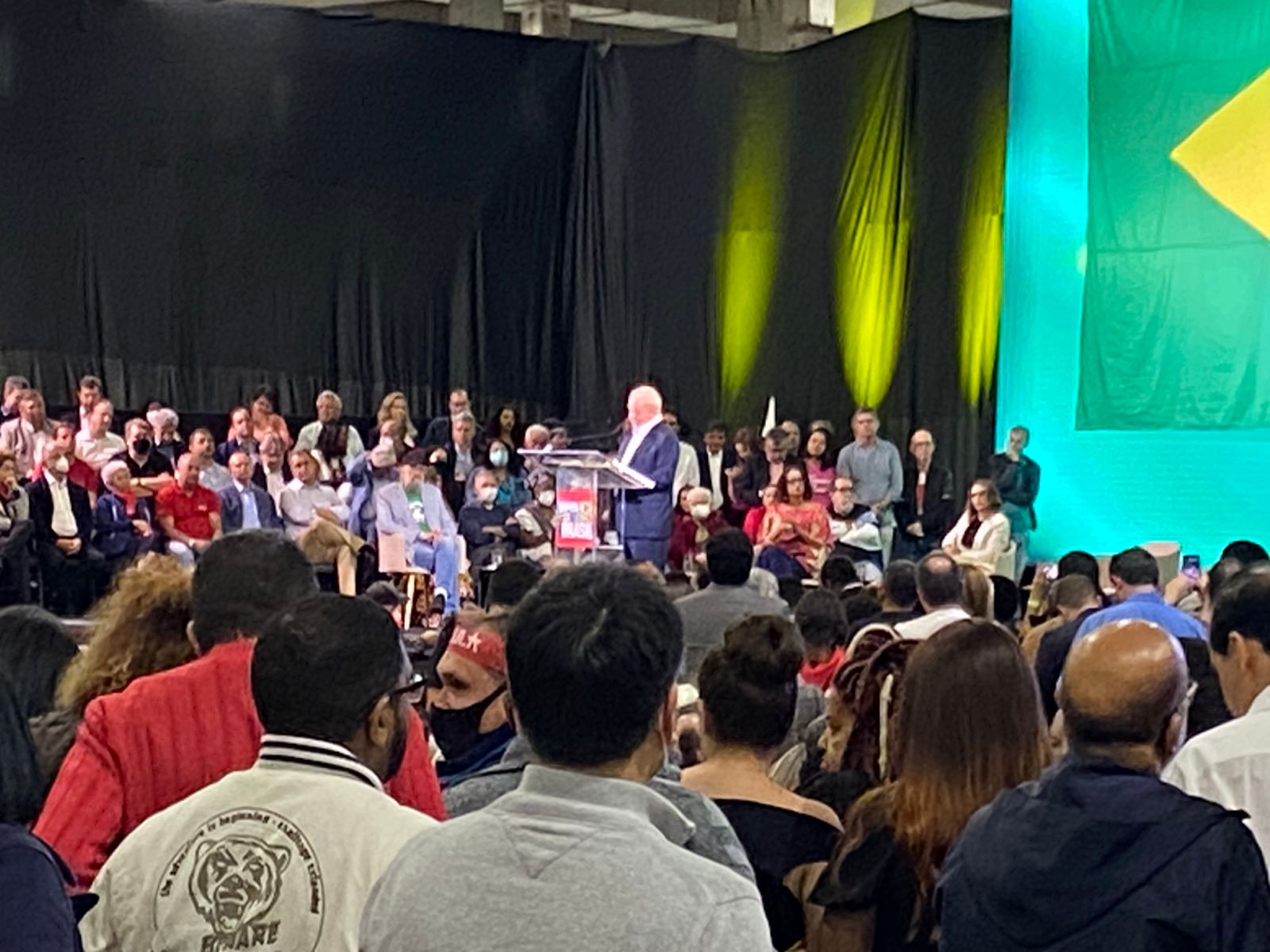 With a 1989 touch, and a reissue of the most well-known campaign jingle in Brazilian history, sung again by several Brazilian musicians, Lula and Alckmin kick-started the most polarized election since redemocratization.

In fact, the former governor of São Paulo, until yesterday an enemy of petismo, “stole the show” with a speech even better than that of the former president in the fight against bolsonarismo and the perpetuation in power of the Brazilian extreme right.

With Covid-19, clearly striving to bring an image of Diretas Já to the campaign, Alckmin made a humble speech, at the height of the dramatic moment in Brazilian history, and inventing the most unlikely and surprising popular dish of the last decades: Lula with chayote. .

It was so successful that the PT member stood up to applaud his running mate and, when he took the microphone, ordered from Bela Gil, chef and presenter of the event, a recipe for chayote with Lula to be the trendy dish at Palácio do Planalto to from January 2023.

Even projecting victory, Lula, who leads the polls, did not seem arrogant. With a speech read and not impromptu, she adjusted an austere speech that faced all the crucial points of the country, just as Alckmin did when he appeared on the big screen of the event.

Lula rightly drew attention to the absurdities of Jair Bolsonaro in the pandemic that, for example, gloated over the deaths caused by the disease or imposed the murderous anti-vaccine denialism on the Brazilian population. “He [Bolsonaro] you can even call yourself a Christian, but you don’t have love for your neighbor”, said the former president, in a clear call to evangelicals and Catholics.

Lula’s speech read in a disciplined manner, as is done by pre-candidates in several countries around the world, gave a tone of professionalism to the campaign, which was clearly organized on another level for today’s event.

The former president also drew attention to the economic problems, the serious crisis generated by Covid-19, but which in Brazil was taken to another level by an extremist president, who attacked all the time the other powers of the Republic. “Living just got a lot more expensive. Brazil returned to a dark past that we had overcome”.

The tone of Diretas is no longer built in a day, but today it got a strong kick-off, speaking outside leftist circles: “We want to unite all democrats against the totalitarian threat,” Lula said.

The former president went back and forth including the Bible in his speech, claiming that Bolsonaro lies seven times a day and – why not? – using an excerpt from the verse that the current president does not know, but has used it with impudence since 2018: “the truth sets you free”.

Amid the “rally”, Lula announced his marriage to Janja, his fiancee, this month, he declared himself in love and said he did not want revenge for the time he spent in prison. He also said that the country cannot waste time on hatred and that the world will see the most peaceful revolution in history this year. He called on supporters not to be afraid of fake news, so used by Bolsonarism.

While Alckmin said that the ticket is “neither the first, nor the second, nor the third way, but the only possible way”, Lula cited the word “sovereignty” several times, touching on points such as high inflation, the increase in hunger, and loss of purchasing power in all classes.

This year’s campaign may not have officially started yet, according to the electoral calendar, but today, this Saturday, the 7th, it did get the flavor that will mark the beginning of one of the most important chapters of Brazilian democracy.

In the unlikely union, which calls other Brazilian politicians to the “new Directs”. Alckmin promised loyalty, Lula guaranteed unity. “We will win with smile and love”.

While under Bolsonarism Brazil appears as a pariah in the world, a PT and a historic toucan – sorry, Lula with chuchu – could even become the new “hit of Brazilian cuisine” in 2022.