Singer denounces sexism in rock: “They asked to take off my bra”

Halestorm, the band founded by guitarist and singer Lzzy Hale and his brother Arejay Hale when they were teenagers, is the typical case where the bonds that hold the group together go beyond simple musical affinity. Separated by the pandemic, Lzzy, Arejay and the other two members, Josh Hottinger and Josh Smith, had never been away from the stage for so long as in the last two years. During this period, to maintain his sanity, Lzzy wrote non-stop. The result is the album Back From The Dead, which arrives on streaming services this Friday, the 6th.

In a video interview with VEJA, Lzzy talked about the writing process of the new album, with tracks that talk about mental health and faith in humanity, but also talked about how she imagines rock in the coming years and the sexism she faced in the first few years. band years. Read the main excerpts below.

You recorded the new album during the pandemic. Is the title: Back From The Dead a reference to that period? The title already existed. We were already writing the album before the world changed. It’s just that things have become a little more real. During the pandemic, I started writing songs as a form of therapy and fighting everything that was going on in the world. We needed to keep keeping faith in humanity and the hope that we would make it through. About the song that gives the album its name, Back From the Dead: it is a cry in the war for survival. It’s not specifically about Covid. I learned a lot about the weapons I have in my arsenal to navigate the mess inside my head.

How has the pandemic affected the band members’ creativity and mental health? I founded the band when I was 13 and that was the longest period we didn’t play. I was left without the camaraderie of my bandmates. It was kind of scary because the band is an extension of myself. She is a great source of joy and self-confidence. I had to look at myself in a different way and maybe some things in my head were revealed that maybe I hadn’t really dealt with since I was in high school. This album is my journey out of that darkness. I went through a depressive state. I had anxiety and some panic attacks that I haven’t had since I was in high school. Music is my therapy. 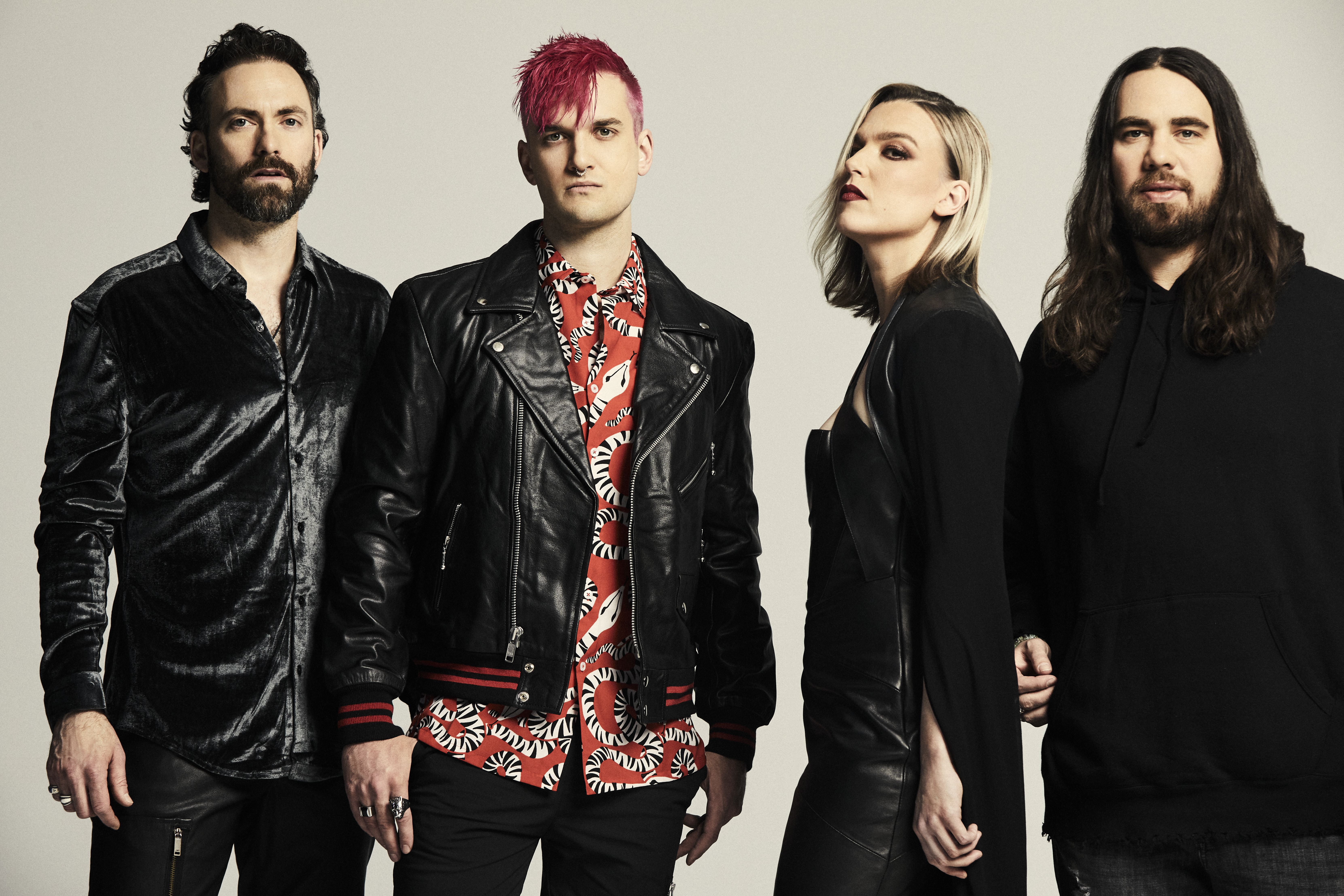 It has been said that Halestorm is one of the few bands today that still keep the “rock flame lit”. What do you think of this statement? I think rock is exactly where it should be right now. Rock should be kept dirty, in the sewers and underground. We’re kind of sticking our heads out of the sewer again. Musicians from other genres, like pop, rap, country, I don’t know, want to be rock stars. Everyone wants to wear a leather jacket. I feel very proud to be part of the genre. I started playing hard rock to impress my little boyfriend when I was 14 years old. It’s great to see young people discovering this for the first time too. Some people who have been to our shows told us that it was the first time they saw a rock concert. Like I said, I think we’re exactly where we’re supposed to be.

On the other hand, do you feel that older rock fans are less rebellious and more conservative? Rock has lost much of its danger. Before, we were a dangerous genre. And the nervous ones were the pop stars. Today that role is occupied by rap. On the bright side, many new bands that are emerging want to keep rock dirty. I feel rock is going to get more “dangerous” in the next few years.

Despite your musical talent, twelve years ago you were nominated by a magazine to be nominated for the “hottest girl in metal” category. A contest like this is now considered sexist. Indeed, rock has always been a sexist environment. What difficulties have you faced in your career just because you are a woman? I faced more obstacles than my male counterparts. At first, when they saw me, they didn’t believe I was in a rock band. I remember carrying my gear to a gig at a small club and someone saying, “Look, that’s cool! My girlfriend never carried my gear”, assuming I was someone’s girlfriend. Or that I was just the girl who sold the band’s shirts. Nobody assumed I could be on stage. Other people, when they saw me on stage, suggested I just take off my bra because that’s what they really wanted to see. About this contest, I really participated. Today, it really looks dated. They don’t do that anymore. But, I had a choice: I could not participate. At that time it seemed like a way to spread the band’s name. Today I’ve already proved that I’m where I’m supposed to be.

Do you feel that things are changing with regards to women in rock music? For sure. A few years ago, I was the only girl on tour. Or the only woman on a festival lineup. There are now a lot of women in rock and festival line-ups. The important thing, however, is that the women are present not only as part of the band, but also working on the lighting, taking care of the sound, producing.

Now that the world is back to normal, what did you most enjoy doing again that had stopped because of the pandemic? My answer might sound anticlimactic, but I enjoyed getting back to doing simple things like sitting at a bar and having a beer and talking to strangers. I really like this. I also like to take long car trips. And, of course, I love to eat. So, I enjoyed going back out to discover new restaurants and not having the dish delivered to your door.

Halestorm has been to Brazil several times. What memories do you have of the country? I love Brazil so much! My first memory is getting off the plane, I think in 2012 we were releasing our second album and we weren’t that well known. It was a surprise, therefore, to find a ton of fans at the airport. The promoters gave us four security guards, but we didn’t think we would need that until we saw how many fans we had here. Another thing I don’t forget was a flashmob at one of our shows. When we played I Miss The Misery, the audience held up signs with the song’s lyrics. It was a big surprise, which I loved. No one had ever done this for us in the rest of the world. I can’t wait to go back. because it’s been a long time.