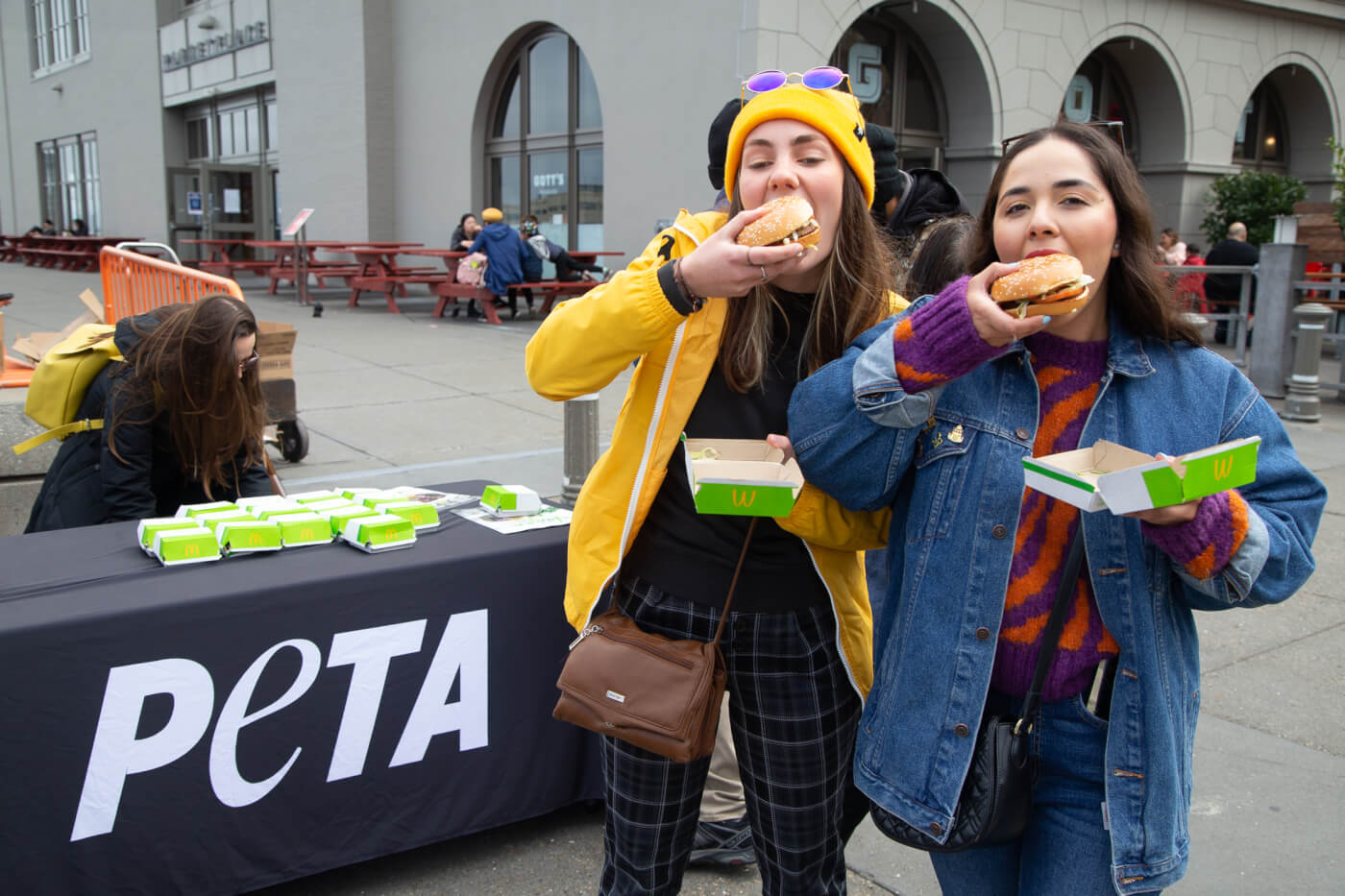 While in Brazil McDonald’s still faces criticism for the sirloin steak sandwich without sirloin, in the US the absence of beef is driving sales of a new line of plant-based products. More specifically, the support of the Group for the Ethical Treatment of Animals (PETA) has given the impetus. The non-profit organizer worked with McDonald’s makers in Texas and California and gave its go-ahead for McPlant’s offer, in a major marketing ploy by the fast-food company.

The company did not disclose the exact amount of sales. The official information was the hamburger’s high sale for $5.39, a price comparable to larger sandwiches. McDonald’s is testing plant-based burgers at 600 locations across the US. PETA believes that increased sales of vegetarian or vegan products can significantly reduce demand for meat products and, consequently, reduce the suffering of animals in the supply chain. Prior to McPlant’s arrival, PETA had already organized several protests against the treatment of animals in the supply chains of McDonald’s and other fast-food chains.

McPlant is sold in the US and, more recently, in parts of Europe. The cruelty-free slogan (absence of cruelty in production) is one of the biggest investments of the largest fast food chain in the world. But the move is not just McDonald’s. José Cil, the CEO of Restaurant Brands International, which controls Burger King, has already announced interest in making the fast-food chain’s production 50% meat-free by the next decade.