“I want to turn the page”, says new CBF president 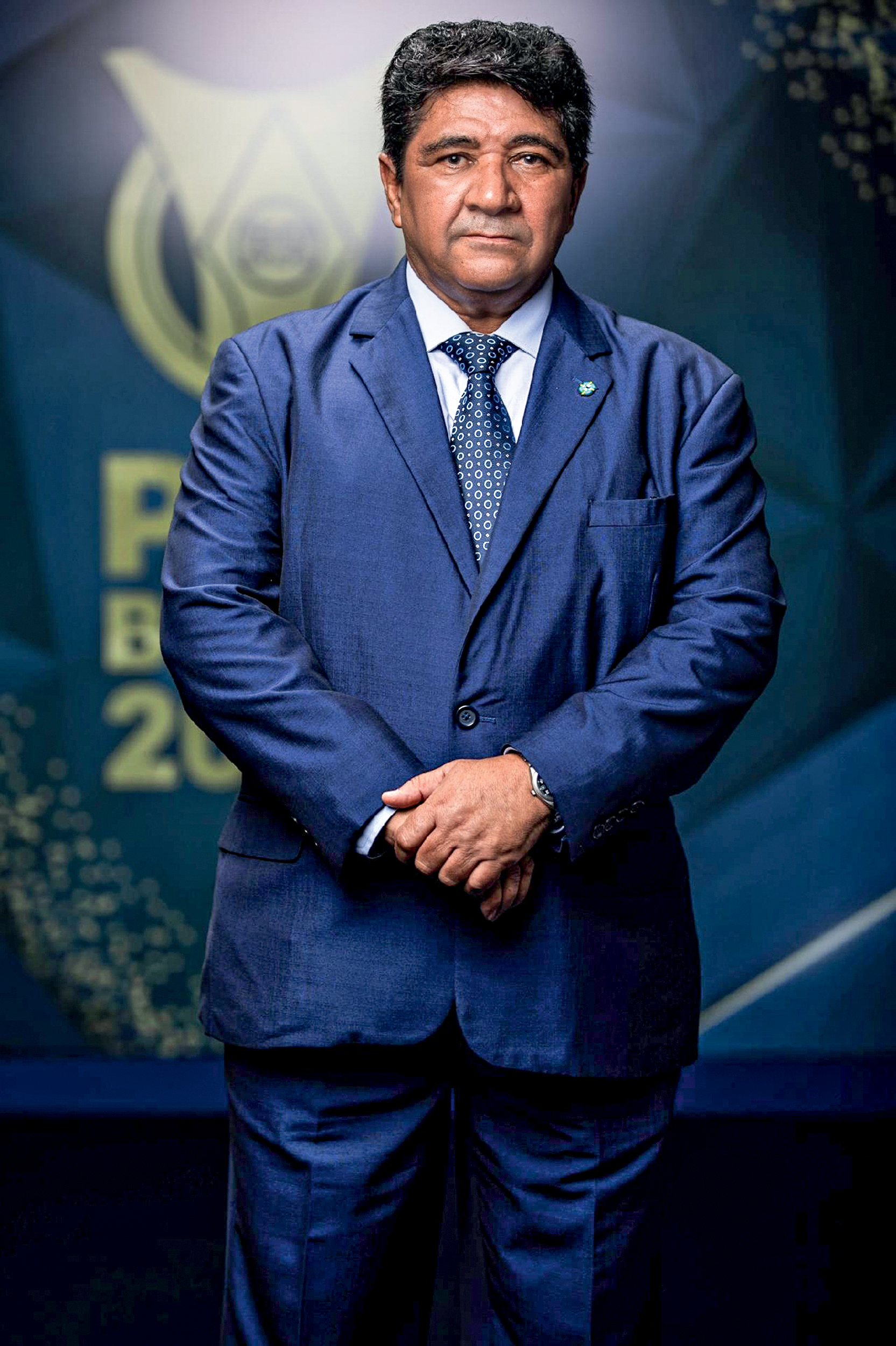 the baiano Ednaldo Rodrigues he was a good left-back in childhood and adolescence. He disputed the “babas”, as the soccer games are called in Bahia, with determination. At the age of 16, he debuted as a player for União Atlético Clube, from Vitória da Conquista. He was good with the ball and good with the conversation, from a respected family. Gilberto Gil’s parents were godparents of his first marriage. One day, he was summoned by his peers to negotiate the team’s participation in one of the interior leagues. He began his career as a sports director there, at just 24 years old. Graduated in accounting sciences, he presided over the Bahia Football Federation for eighteen years, from 2001 to 2018. In early March, he was elected president of the Brazilian Football Confederation, CBF, as successor to Rogério Caboclo, removed after allegations of sexual harassment . He takes over the CBF in one of its endless moments of image crisis, linked to abuses that seem to have no end, and in a World Cup year. He will have work ahead of him to clean the confederation’s drawers and make the Brazilian fan fall in love with the one that was once the best team in the world and that hasn’t lifted the cup for twenty years. Rodrigues gave VEJA his first major interview since taking office.

Do you think it is possible to improve the image of the CBF, shrouded in successive scandals? Really, the CBF does not have a good image. And not just here in Brazil, but abroad as well. I want to turn that page, and it’s not just about my will. I want to involve federations, clubs, the press, the whole of society. Giving opinions, saying whatever it takes, but also charging. The CBF, from now on, needs to be monitored more seriously. I know it’s hard, why not just want. Credibility is not imposed, it takes time to be acquired. But we will work tirelessly. Football is one of the great brands in Brazil, and it seems unacceptable to me that we are frowned upon, especially outside the country.

Is it that bad? I had the clear testimony of FIFA President Gianni Infantino, with whom I met during the Club World Cup in Abu Dhabi in February. I was still acting president of the CBF. In one of our conversations, he revealed that he was following up on the CBF’s problems, he expressed concern about the involvement of the ordinary justice system in the entity’s decisions, which goes against FIFA’s statute, but he proposed to help us. He said: “Inside the field, Brazil is still highly respected, but outside, no”. And then the Infantini put his hand to his nose, as if he smelled a very bad smell, and shook his face. I got the message — and that’s what makes me want to change things at CBF even more.

What can be done now? One of my ideas, and I have already taken it to the CBF assembly, formed by all 27 federations and which will meet in May: I want to sell the plane (a Cessna 680 Citation Sovereign , 2009) and the helicopter. We will get something around 60 million reais with the deal. Then there would be savings of more than 13 million reais per year. I’ve never used the helicopter myself, I haven’t even seen it. With the plane, yes, I’ve done some traveling on it—but we can all come and go on commercial flights, can’t we?

“The FIFA president offered to help us, but he put his hand on his nose, as if he smells a very bad smell. Got the message. That’s what makes me want to move things even more.”

And what to do with that saved money? Invest in lighting and lawns in precarious stadiums. Apply to women’s football. We need to find other ways to capitalize on the CBF, beyond the traditional ways, through the broadcasting rights of the games.

What ways? Two weeks ago I asked FIFA and CONMEBOL for part of the more than 200 million dollars returned by the US Department of Justice for the amount recovered after the 2015 FIFAgate corruption scandal. I imagine that we could have something around 60 % of this total, referring to the size of Brazilian football revenues in South America.

Why would the CBF be entitled to this amount? The entity was a victim of this corruption scheme. There was damage to our reputation and a flight from advertisers, in addition to the emptied cashier.

And what makes you believe that the request will be granted? For being fair, and because some confederations of other countries have already received restitution. Furthermore, the CBF has approached FIFA in a permanent partnership. There is symbolism in this story, like a parable: money that went out illegally will now come in legally.

Is there no risk of, once again, being misused, being diverted? No, believe me. Everything will be linked to specific projects and with strict and transparent monitoring.

Are leagues the future of football, as is already the case in most European countries? It is a myth to think that the leagues will only protect the elite clubs in Brazilian football. The little ones will also benefit. Just look at the model that has worked in the Northeast. If leagues work, everybody wins — especially clubs that aren’t in any of the big four series, A, B, C and D. There’s room for leagues.

Can they take power away from the CBF? Now, the clubs being well, the CBF will also be well. Power does not dazzle me. I’m a simple person. The CBF is not the Presidency of the Republic, it is not a ministry. That chair I sit in today is transitory. I have already told the club leaders: the CBF will help in the constitution of the leagues. In the coming months we will even hold a seminar with the help of FIFA to guide the formation of these entities.

The classic model of football as a business, with the exhibition of games by only a few broadcasters, especially Globo, in almost a monopoly, is undergoing a revolution. Is spraying in streaming a good way? Yes. Competition is always good. It’s good for everything and therefore for football. Open television is the main source of revenue, without a doubt — but what’s the problem with creating other channels, with new offers in the vastness of the internet? People want to watch football in the most comfortable way. In stadiums it is also possible to improve a lot, as is done in the NBA, with great shows.

Speaking of spectacle: why is VAR so bad in Brazil? We implemented VAR in less than a year, a very short time. I make a mea culpa. It lacked standardization, a little more training. The delay of the judges’ decisions is bad. Soon, everything will be faster, which is why there were changes in the refereeing committee.

Is the VAR definitive? IT’S. He corrects situations, even if it takes three, four minutes, and we need to improve, I insist. But reducing the chances of refereeing errors has even resulted in economic benefits for clubs.

The selection has not won a Cup since 2002. Since then, the fan has left. Why doesn’t the canary fall in love anymore? The team is very popular wherever it goes, anywhere in the world. There was this removal as a result of contractual impositions. We need to play more in Brazil and we will. The selection needs to be closer to the country. Passion needs to be rescued. I took over on the 23rd of March. The next day, we played a game against Chile with more than 70,000 people at the Maracanã. The Brazilian fan can come back, yes. Athletes like to play in Brazil.

The yellow shirt, which no longer enchants on the pitch, has become a political symbol. Did it have to be like this? The yellow shirt of the Brazilian team, our canary, is the most reputed in football, all over the world. It can be used by anyone, no matter what the ideological position, this or that political stance. Use whoever you want, whoever you like.

Coach Tite has already shown himself to be a professional with firm postures when dealing with the authorities – he does not even hide the annoyance of having Jair Bolsonaro close to the selection. He is right? Tite has his ideas, the athletes do too, the managers have them, I have them. Everyone knows their comfort zone. I can only respect you.

Tite stays? I only read through the press that he would not stay, that he would leave after the World Cup in Qatar. I’m not aware of anything. I never heard from Tite, even in the interim, any information from him about staying or leaving. But I have the doors open to talk to him whenever I want.

“The yellow shirt can be worn by anyone, no matter what the ideological position, this or that political stance. Use whoever you want, whoever you like.”

Was Guardiola invited? Not. He doesn’t need any kind of introduction, a winner as a player and coach, but as far as I know no one has asked him to coach the national team.

Tennis player Novak Djokovic refused to be vaccinated against Covid-19 and was banned from Grand Slam tournaments. Does a football player need to be vaccinated? CBF respects health protocols. More than 100 doctors accompany us in decisions. In Brazil, only vaccinated athletes play.

Did you take the vaccine? The three doses. And soon I’ll take the fourth.

Football as a reflection of society has experienced revolting episodes of racism – recently, a Boca Juniors fan was arrested in São Paulo after imitating a monkey, in reference to Corinthians players. How to deal with this pest? Racism is everywhere. Only with campaigns, education and punishment, as happened in São Paulo, with at least the fine paid by Argentine fans, albeit small, can we reverse this drama. The worst violence in football is racism – much more than a blow that can be treated with medicine. Maybe there’s no cure for those who can’t deal with that pain. I can talk about racism. When I was young, anyone of my color was discriminated against—society would only work for people of another color, but not blacks or browns. On the official record I am brown, but I proudly adopt the color black. And I’m from the northeast. I am proud to be from Vitória da Conquista, Bahia, where it all began.

How to prevent scandals such as that of ex-president Rogério Caboclo, removed for sexual harassment, from happening again? There are very clear rules of conduct. We will take care of them supported by the CBF Ethics Committee. Any type of harassment, sexual or moral, will be rejected. It’s unacceptable.