At an Electoral Justice seminar at the end of April, when Minister Alexandre de Moraes appeared on the screen and stated that he would not tolerate fake news in the next elections, eyes turned to a lawyer present there — Luciana Pires, a name often associated with the family. Bolsonaro. In the last two years, Luciana, 43, has emerged from anonymity in the Judiciary of Rio de Janeiro to become an influential figure, who gives advice in ministries, defends the most prominent politicians in the state and, aware that connections with power may be ephemeral, articulates the entry in the Regional Electoral Court (TRE), where the vacancies pass through the pen of the President of the Republic. “I’m a simple person, others have made me a celebrity”, she says.

The meteoric rise is due to a legal trump card: it was she, until then without major relevance in the defense team, who prepared the thesis that supported the successful request for a privileged forum for Senator Flávio Bolsonaro in the case of the cracks, in June 2018. 2020. Victorious, it was elevated to the front line, quadrupled the size of the office to 400 square meters and accumulated sycophants and detractors. “Everyone’s dream was to defend Flávio. It’s natural for me to be jealous”, says Luciana, defined by her peers as “entrona”, the type who “plays hard” and who uses and abuses good relationships, much more than the (questioned) technical quality.

The morale with the Bolsonaros is such that, last year, he was one of the people consulted about the appointment of Anderson Torres, his friend, for the post of Minister of Justice. She herself was probed for the command of the National Consumer Secretariat. She declined, suggested and hired her brother, Rodrigo Roca, who is also a lawyer. Being close to the presidential family is an argument made by Luciana, who until recently worked with police officers and inexpressive cases to collect clients. “I met Luciana as Flávio’s lawyer. She is a nice person, we became friends,” says Rio governor Cláudio Castro, who has already used her services. With “zero inclination to the left”, the criminalist is still part of the team of lawyers of PT André Ceciliano, president of the Legislative Assembly. “She doesn’t wait for invitations, she walks in the door. And she goes through causes of colleagues shamelessly ”, accuses a disaffected. 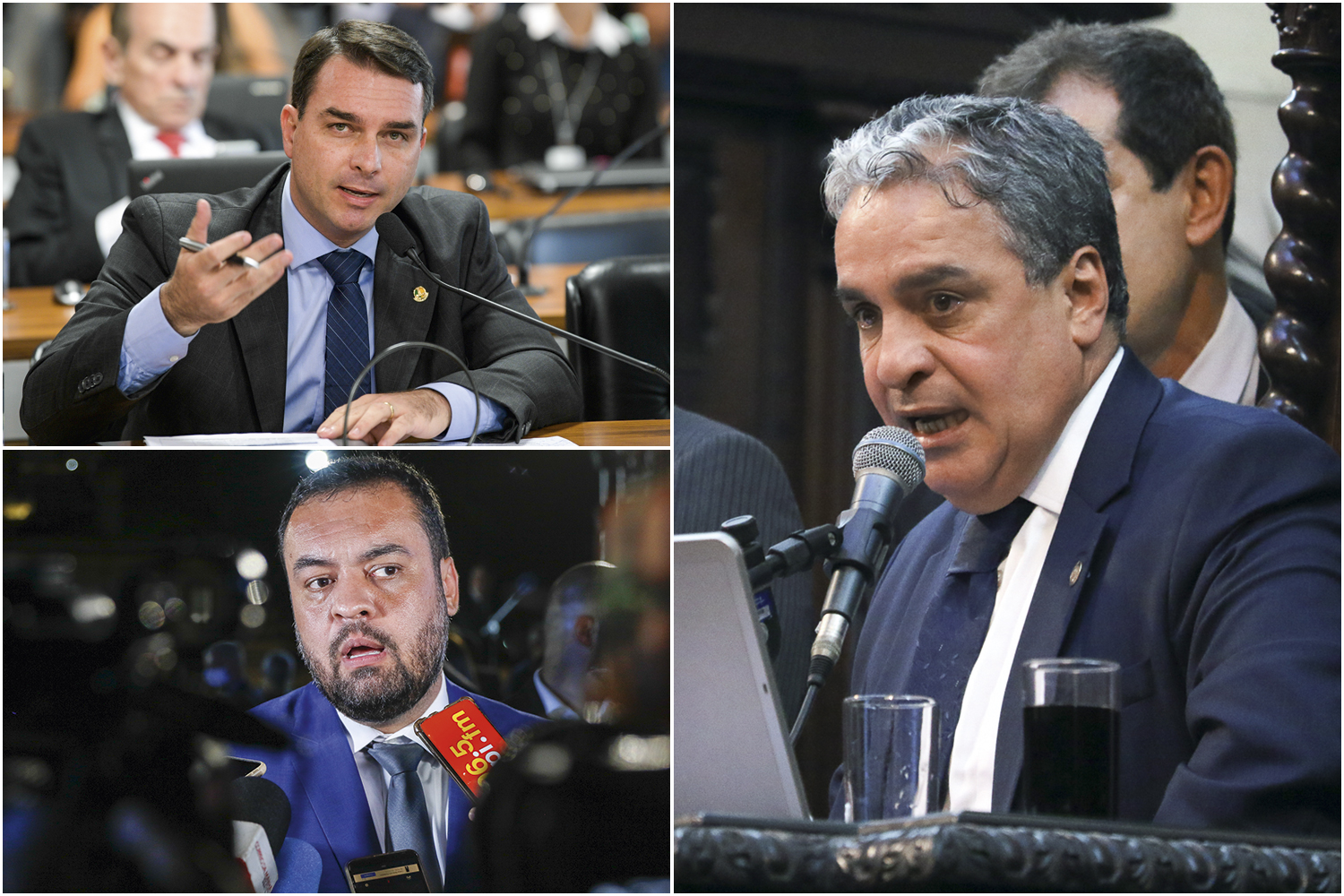 The next door that Luciana plans to open is the TRE in Rio, where she wants to occupy the chair vacated by Bolsonarista ally Vitor Afonso Rodrigues, newly appointed judge of the Court of Justice — that’s right, with her and Flávio’s lobby. In January, the lawyer, who until the age of 30 lived in São Gonçalo, in the metropolitan region, and now lives in a 300-square-meter apartment facing the Pão de Açúcar, threw a birthday party at the Iate Clube do Rio, with the presence of the cream of the Judiciary and the Public Ministry — including Alexandre Graça, a prosecutor who investigates the cracks of another Bolsonaro, councilor Carlos. The pile of gifts included several expensive wines, including a bottle of Barca Velha, year 1977, which costs 30,000 reais. Eating in expensive restaurants, by the way, is one of her habits — at Xian, a restaurant with Asian dishes in downtown Rio, the waiters know her by name.

Skilled, the lawyer approached the senator through a mutual friend, lawyer Victor Granado Alves. Faced with the first chance, he launched the thesis of the so-called crossed mandate: for being a state deputy at the time of the alleged deviations, and having amended his position in the Senate, Flávio should be tried by the Special Body of the TJ, not by a judge of first instance. The decisive vote in the 3rd Criminal Chamber of Rio was judge Paulo Rangel, who – he too – has a great relationship with Luciana. His ascendancy in command of the senator’s defense coincided with the departure of Frederick Wassef – involved in the scandal of the arrest of former advisor to Flávio and PM Fabrício Queiroz at his farm, in Atibaia. The crack accusation ended up practically buried, in November, in the Superior Court of Justice.

As was inevitable, Luciana’s performance sparked controversy. One of them revolves around the suspicion of improperly using Abin to help Flávio’s defense. Another is the denunciation of yet another client of hers, the former president of Fecomércio-RJ Orlando Diniz, which would involve medallions that she, according to sources, would have an interest in harming, including Wassef. The denunciation ended up being annulled by clear indications of direction by prosecutors — of which she is now a witness for the defense. Undaunted, Luciana continues to squander connections and accumulate influence, much to the displeasure of her critics. “Politics is cyclical. If Bolsonaro loses the election, her influence will not last a week”, predicts an influential jurist. It could be, but in the meantime Luciana, dressed in Louis Vuitton, Saint Laurent and Dior, will continue to tread in high heels in the offices of power.