“Azov” showed the consequences of the shelling of the evacuation vehicle (photo, video)

As a result of the shelling, 1 fighter was killed and 6 wounded. 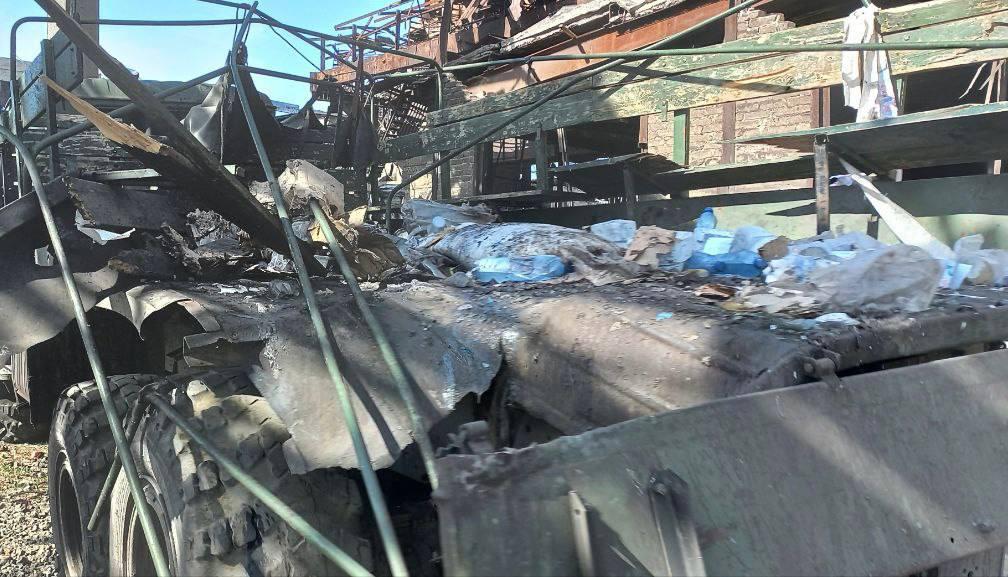 The Azov Regiment showed the consequences of the shelling by the Russian invaders of a car intended for transporting civilians.

In the frame you can see a charred car and scattered water bottles.

They also showed one of the Azov soldiers wounded during the shelling. The soldier has wounds on his stomach, arm and leg.

As UNIAN wrote, on May 6, Russian invaders violated the ceasefire agreement in Mariupol to evacuate the civilian population from the Azovstal plant. A car for transporting civilians was hit.

In “Azov” they reported that this car was moving towards civilians in order to evacuate them from the territory of the plant. As a result of the shelling, 1 fighter was killed and 6 wounded.

On May 4, the commander of the Azov regiment, lieutenant colonel Denis Prokopenko, said that the situation at Azovstal was extremely difficult, but the defenders of Mariupol continued to hold the line. According to him, the enemy broke into the territory of the plant, as a result of which there are heavy bloody battles.

On May 5, Azov noted that bloody battles with Russian invaders had been continuing on the territory of Azovstal for the third day.

On the morning of May 6, the General Staff reported that in certain areas of Azovstal, with the support of aviation, the enemy resumed assault operations in order to take control of the plant’s territory.