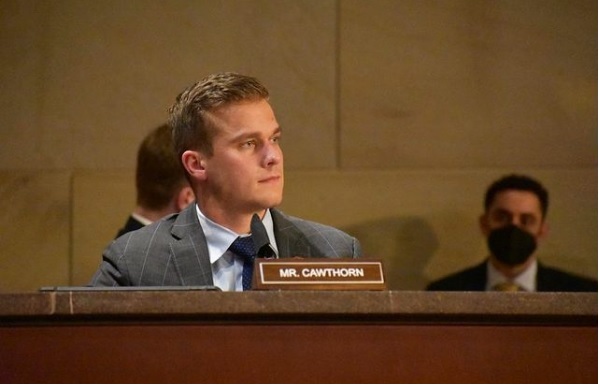 Madison Cawthorn, 26-year-old congressman from North Carolina known for defending anti-LGBTQIA+ agendas, had a leaked video in which he appears naked next to another man simulating a sex scene.

Following the backlash of the video, Cawthorn took to Twitter to explain: “Years ago in this video, I was being rude to a friend, trying to be funny. We’re acting like fools, and joking. That’s it”. On Instagram, he published a video in which he accused an anti-Trump senator from his state for the leak, without mentioning his name. “Every political adviser tells me to just ride out the storm. Not to worry about responding to the news because I have ‘such a big advantage’ and ‘because you’re the starter’, but I was elected precisely because I’m a fighter”, he said.

During his political campaign, Cawthorn – a staunch supporter of Donald Trump – promised to be “a strong voice of faith, family and freedom”, speaking out against same-sex marriage, as well as criticizing the use of non-binary language. This is not the politician’s first homoaffective insinuation. Last year, he leaked a video in which a member of his team puts his hand on his genitals, inside the car, also in a “joke” tone.