Russia’s first missile attack on Transcarpathia: details of the shelling and photos appeared

Russia fired missiles at Transcarpathia on May 3 / photo gp.gov.ua

The prosecutor’s office launched an investigation and reported the details of the first rocket attack on Transcarpathia on the evening of May 3, during which the occupiers damaged a gas distribution pipeline and an infrastructure facility.

According to the Office of the Prosecutor General, a pre-trial investigation has been launched into violation of the laws and customs of war (part 1 of article 438 of the Criminal Code of Ukraine).

According to the investigation, on May 3, in the evening, the Russian invaders fired rockets at the Volovets territorial community. It is noted that due to the hit, an infrastructure facility caught fire, and buildings within a radius of 500 m were damaged by debris, windows were broken in the premises and other material losses were caused. The prosecutor’s office reports that the amount of damage is being established.

“The shock wave also damaged the distribution gas pipeline, due to which more than 50 houses in the village were temporarily left without gas supply,” the statement said. 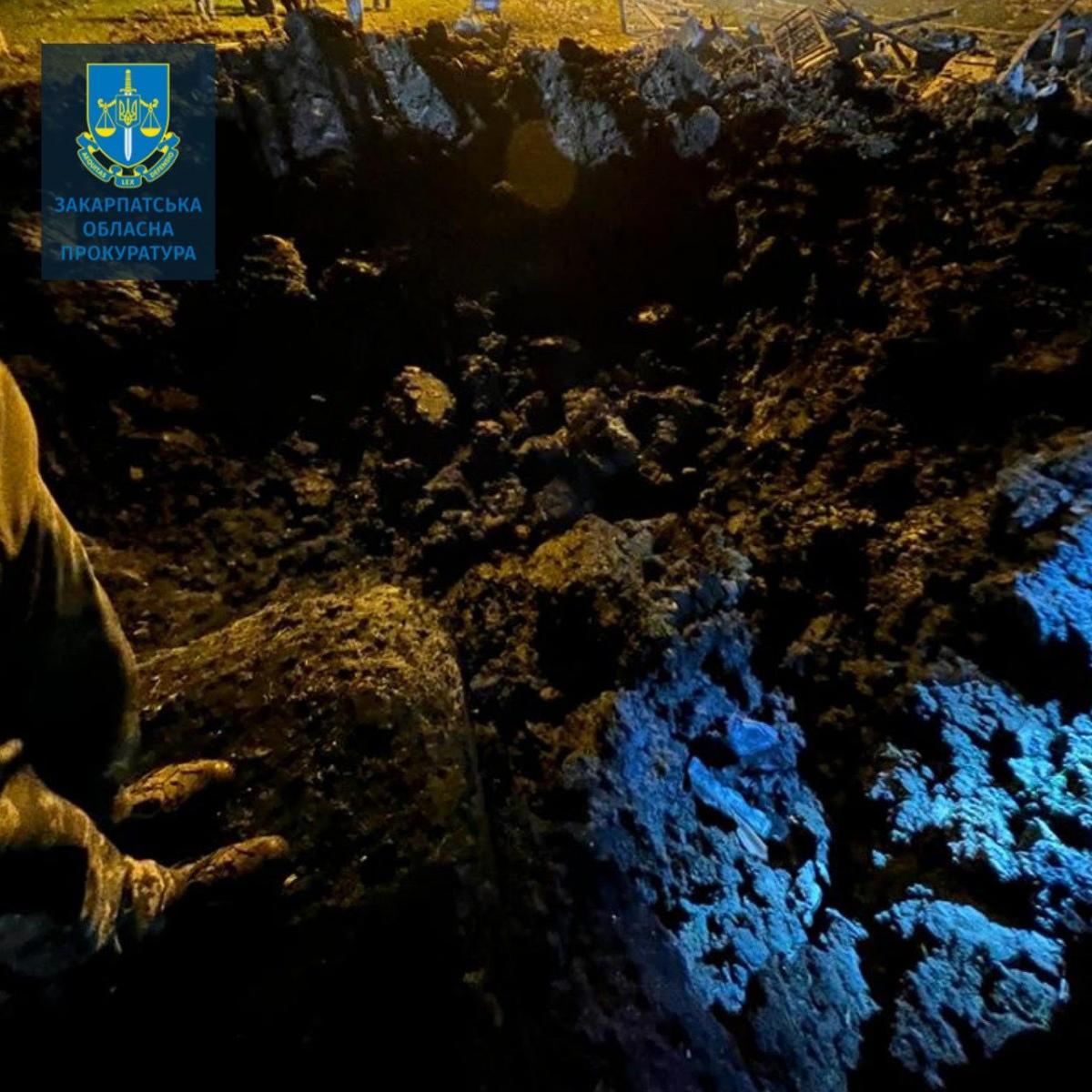 Russia fired missiles at Transcarpathia on May 3 / photo gp.gov.ua

The first missile attack on Transcarpathia: what is known

Recall that the Russians first launched a missile attack on Transcarpathia on the evening of May 3.

According to the Zakarpattia OVA, the target of a missile strike in the region, in particular, was the railway communication:

“An enemy missile hit one of the railway substations near the railway station in Volovets. Windows were smashed at objects within a radius of 500 m, rocket fragments damaged cars nearby.”