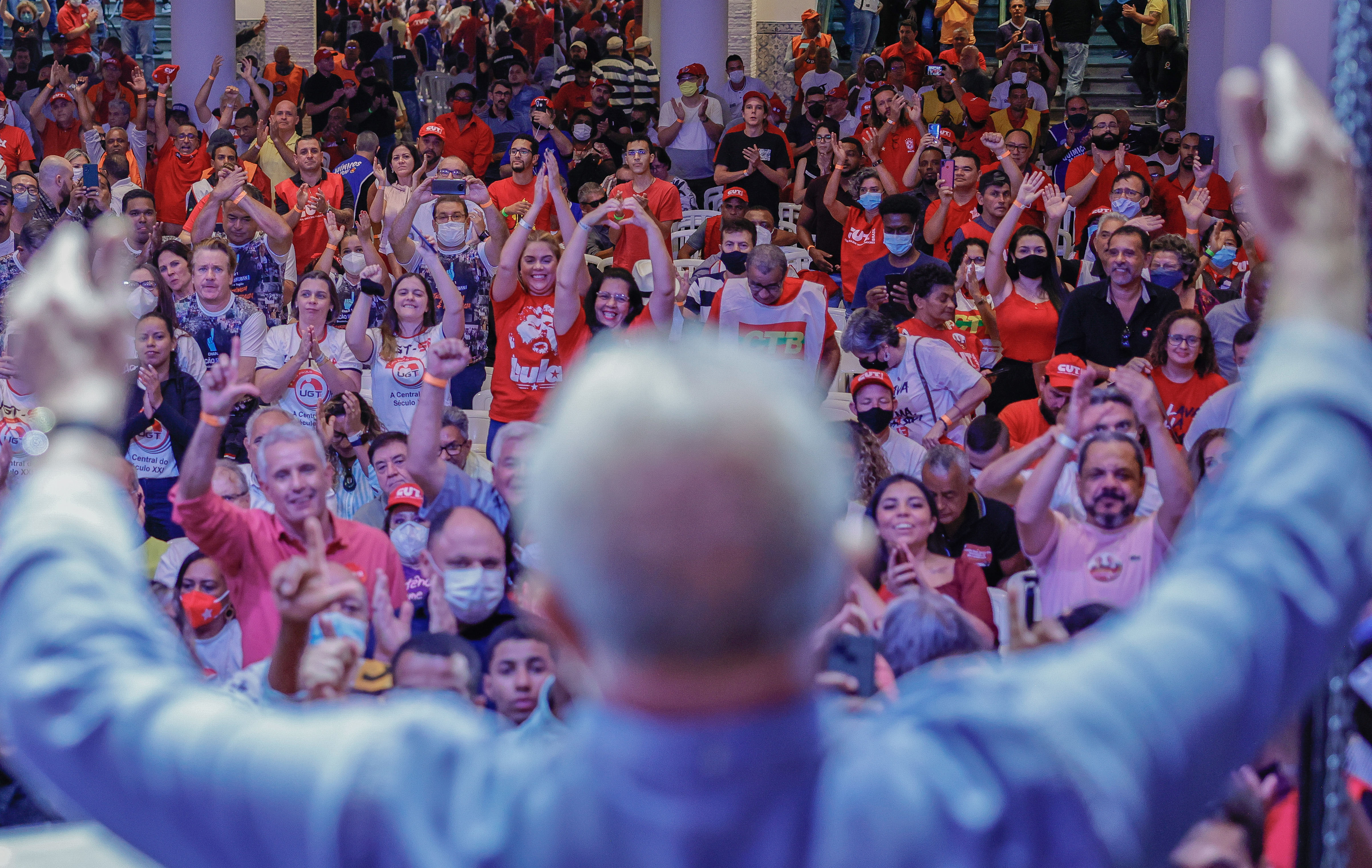 Former President Lula during a meeting with representatives of the main Brazilian trade unions, at Casa de Portugal, in São Paulo – Ricardo Stuckert/PT

The national directory of PT shot this week a e-mail to all state sections of the party to make a appeal: ask that there be a effort set so that the launch of the candidacy from Lula to Presidencyscheduled for Saturday, 7, win repercussion cross country.

In the message, the national secretary of organization of the PT, Sonia Braga, makes a series of guidelines to the coreligionists with the aim of boosting the dissemination of the event. The recommendations include encouraging local leaders to organize regional acts, ranging from lunches to soirees and samba circles.

“This activity needs to be reflected throughout Brazil, so we are guiding all party instances and popular committees to organize small activities in each city, neighborhood or street, to celebrate and reflect the launch of President Lula’s candidacy,” wrote the newspaper. PT secretary, in the email dated May 2, 2022.

“It is important to gather all the militancy to watch the act that will be broadcast on President Lula’s social networks, on TVPT and on the networks of the parties and social movements that support this movement,” he added.

Among the indications, the PT secretariat suggests parties at home, at neighbors’ homes, in clubs, squares, or anywhere. The important thing, says the text, is to tell people that Lula is a pre-candidate for the presidency. Also according to the communiqué sent to state directories, Braga also informs that the activities that are most mobilized will be shown in the middle of the live broadcast of the act of launching Lula’s candidacy.

The ceremony that will confirm the former president’s pre-candidacy is scheduled to take place in one of the pavilions of Expo Center Norte, in the north of São Paulo.