Lula promises to turn MTST occupation into a neighborhood 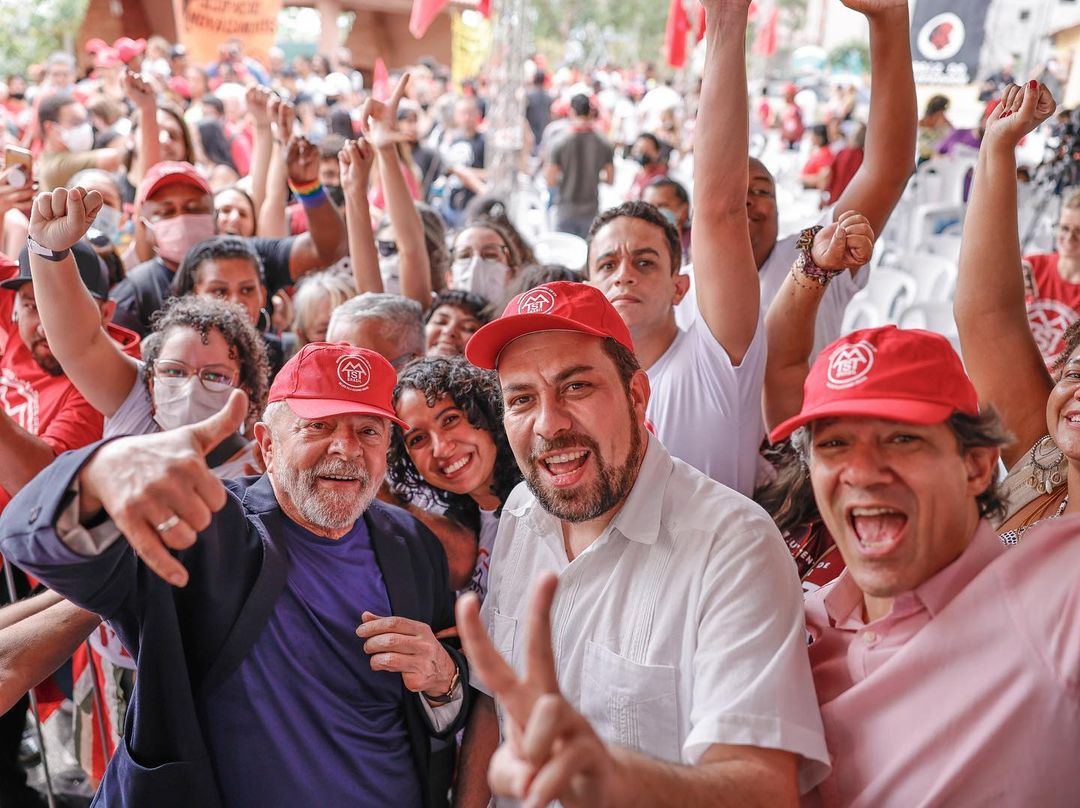 Lula alongside Guilherme Boulos and Fernando Haddad during a visit to condominiums built by the MTST with funds from “Minha Casa, Minha Vida” -April 5, 2022 Ricardo Stuckert/PT

Lula (PT) promised this Thursday that, if elected, he will help transform an occupation in the MTST in Sumaré, a city in the metropolitan region of Campinas (SP) 120 kilometers from the capital of São Paulo.

The presidential candidate was in the place where about 10,000 families currently live. The occupation has existed since 2012. The PT member spoke alongside the party’s pre-candidate for the government of SP, Fernando Haddad, and Guilherme Boulos (PSOL), coordinator of the MTST.

“This here can no longer be called an occupation. Occupation is a heroic title. This here will have to be called a neighborhood for people to be proud of Sumaré”, he said.

“People who live in the richest places in Sumaré, instead of getting scolded by you, will want to visit the Vila Soma neighborhood, because it will be a very quality neighborhood in the city”.

Lula promised that he would look for other improvements, such as “a beautiful square” and “a light source for you to date on a full moon night”. “Don’t think we’ve won everything. There is still a lot to win,” she said.