In Mexico, mound of skulls in cave is over a thousand years old 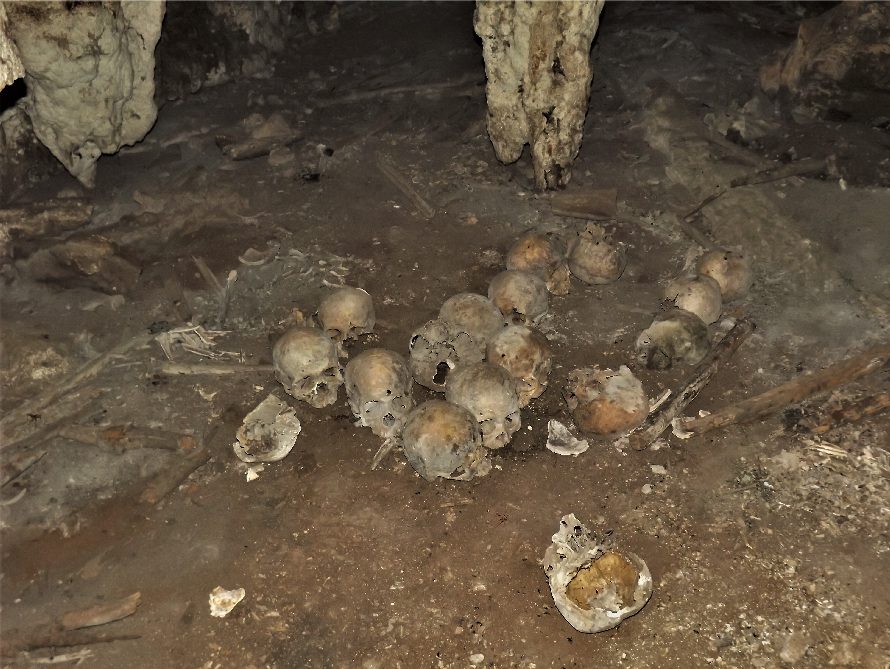 Skulls found in the Carrizal cave, in the city of Frontera Comalapa – National Institute of Anthropology and History of Mexico/Disclosure

In 2012, Mexican police officers investigating a complaint entered a cave in Carrizal, in the municipality of Frontera Comalapa. When faced with a terrifying pile of skulls piled on top of each other imagined they were facing a very common crime scene in the state of Chiapas, which borders Guatemala, where criminal gangs are rampant. After ten years, a forensic analysis supported by the National Institute of Anthropology and History (INAH) revealed that the remains date back over a thousand years and were likely beheaded in sacrificial rituals.

The pile of skulls, about 150 of them, would be a ritual altar or tzompantli. Used by Mesoamerican civilizations such as the Aztecs, Incas and Mayans, they were used to display human skulls of slaughtered prisoners of war or other sacrificial victims. The absence of complete skeletons and traces of wooden sticks used to hang and align the skulls support the thesis. “Many of these structures were made of wood, a material that disappeared over time and could have toppled all the skulls,” said anthropologist Javier Montes de Paz, a researcher at INAH.

Archaeologists from the institution have identified, through the shape of the skulls, that they date between 900 and 1200. “Three are children, but most are adults and, so far, there are more women than men,” said the researcher, recalling that none had their teeth. In the 1980s, similar discoveries were made in Cueva de las Banquetas, in the municipality of La Trinitaria, where 124 skulls – also without teeth – were recovered. In 1993, Mexican and French explorers discovered five skulls in the Cueva Tapesco del Diablo in Ocozocoautla.