The Kremlin refuses the term “denazification”: the Russians do not understand it – media

In addition, it was difficult for people to even pronounce this word. 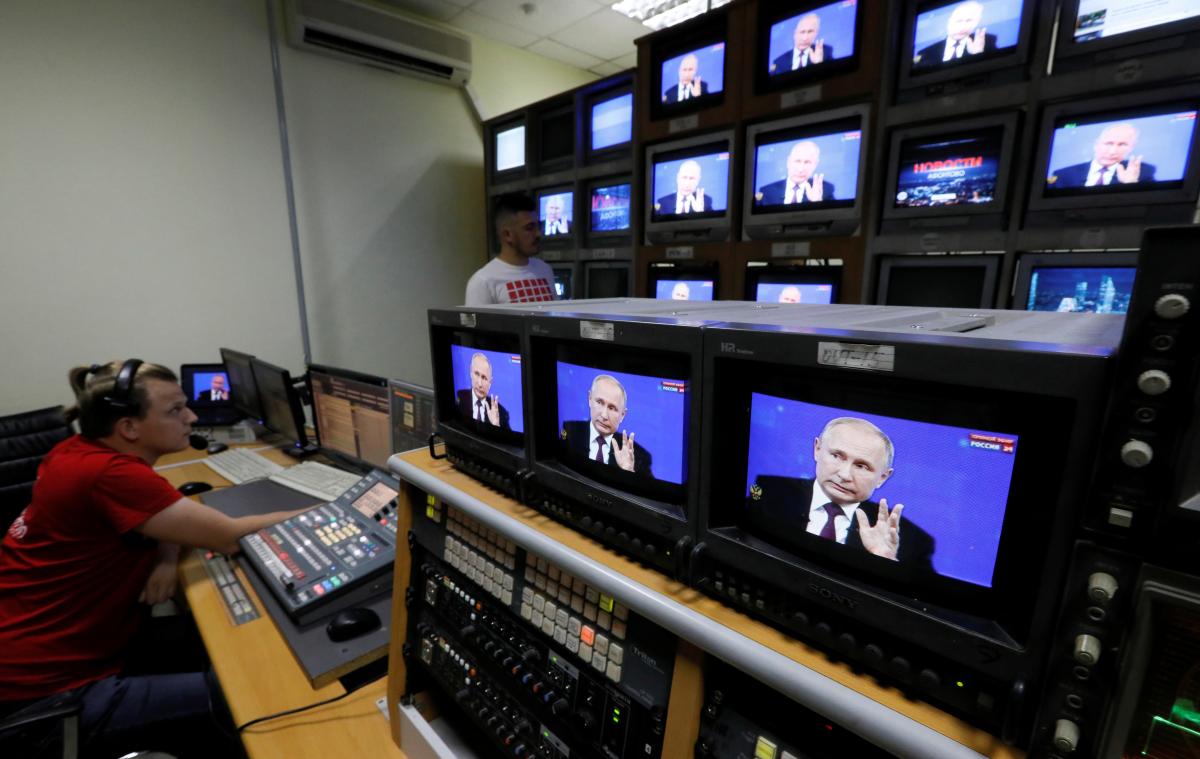 As a result, the use of “denazification” was sharply reduced on the air of propagandists / REUTERS

The Kremlin will no longer use the term “denazification” to explain to Putin’s audience the unprovoked attack on Ukraine and the killing of civilians.

This is reported by the publication Project.

About a week after the start of the war, the Kremlin asked its pollsters to conduct closed telephone opinion polls, including a question about the attitude of Russians to the main theses of propaganda.

Four of the building’s interlocutors – a senior media manager and a sociologist and political technologist close to the Kremlin – say respondents were unable to explain clearly what “denazification” means.

In addition, it was difficult for people to even pronounce this word, says one of the interlocutors.

A source close to the Kremlin complained that after that, “a mess began” in the environment of the Russian president: “We searched for new words every week, but we failed to find anything successful.”

As a result, the use of “denazification” was sharply reduced on the air of propagandists, but it was impossible to completely abandon it, since one cannot simply forget the goal voiced by the president.

This is clearly seen on the air of Dmitry Kiselyov’s Vesti Nedeli program, the journalists say. In the first issue after the war, he explained the meaning of “denazification” for at least seven minutes. But already in the April issues, he either did not use the term at all, or did it once for the entire issue.

As UNIAN reported earlier, the Kremlin is concerned that more and more Russian celebrities – musicians, actors, directors and stand-up artists – openly oppose the war in Ukraine.