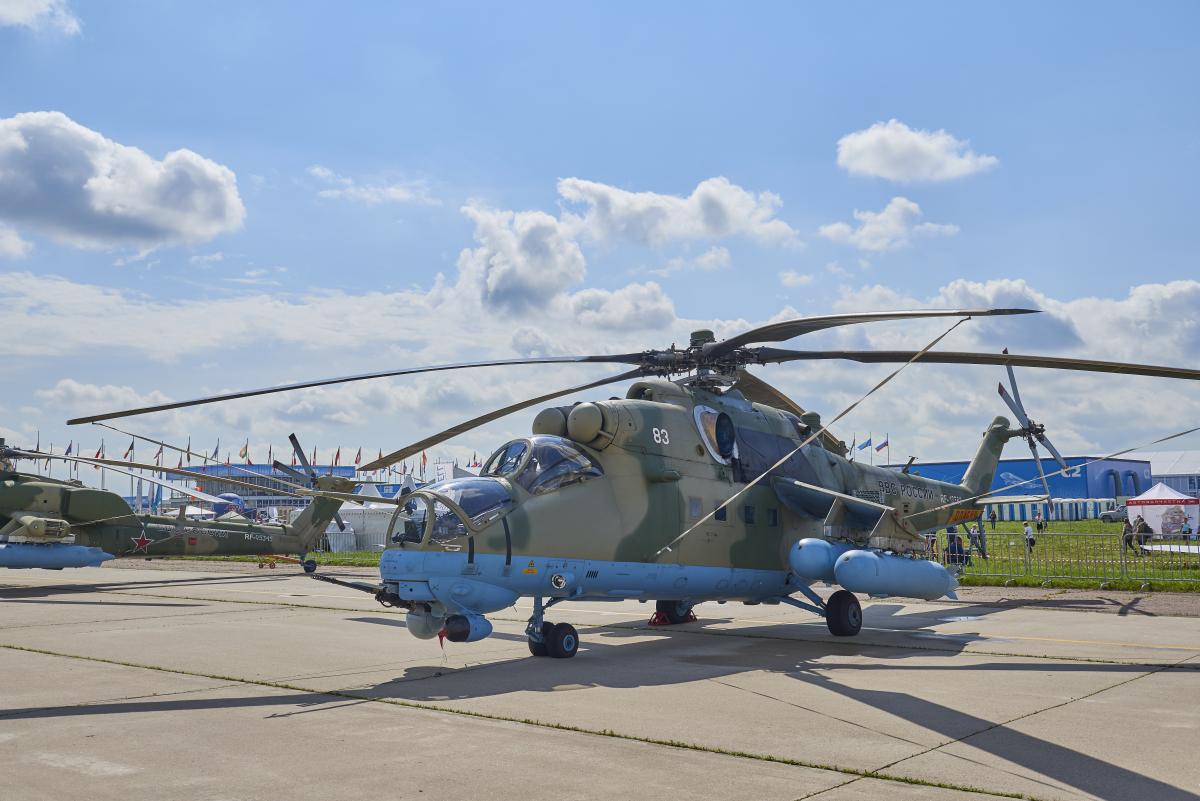 The Russian Federation has concentrated up to 40 units of Mi-24 and Mi-8 helicopters on the territory of the Belgorod region / photo ua.depositphotos.com

Up to 40 attack and transport helicopters Mi-24 and Mi-8 are concentrated in the Belgorod regions of the Russian Federation near the border with Ukraine.

This is stated in the operational information as of 18:00 on the page of the General Staff of the Armed Forces of Ukraine on Facebook.

“The enemy has concentrated up to 40 Mi-24 and Mi-8 attack and transport helicopters on the territory of the Belgorod region in close proximity to the state border of Ukraine,” the report says.

As noted in the General Staff, an enemy group is operating in the Slobozhansky direction as part of separate units of the 6th combined arms army of the Western Military District, the 41st combined arms army of the Central Military District, coastal troops of the Baltic and Northern fleets. Air strikes and shelling on the city of Kharkov also continue.

“The Russian invaders in the Valuysky district of the Belgorod region deployed an auxiliary command post of the 36th Combined Arms Army of the Eastern Military District,” the report says.

At the same time, as part of strengthening the grouping of troops in this direction, the enemy is moving personnel from the territory of the Belgorod Region.

In addition, in the Izyum direction, the enemy is trying to seize the initiative and is conducting offensive operations in the Izyum-Barvenkovo ​​direction. To this end, the enemy is carrying out artillery shelling of the positions of our troops in the areas of the settlements of Grushuvakha, Novaya Dmitrievka and Kurulka.

At the same time, in order to maintain tension on the border and prevent the transfer of reserves of our troops to threatened areas, the enemy is holding units from the 90th Tank Division of the Central Military District near the Ukrainian-Russian border near the settlement of Kozino, Kursk Region.

“Activation of shelling from the specified area on the territory of the Sumy region is not ruled out,” the message says.

In addition, in the Volyn, Polessky and Seversk directions, certain units of the armed forces of the Republic of Belarus continue to carry out tasks to strengthen the section of the Ukrainian-Belarusian border in the Brest and Gomel regions. The build-up of the air defense system in the Gomel region is noted, and training of electronic warfare units has been carried out. In the future, demonstration and provocative actions are not ruled out in areas close to the state border of Ukraine.

Earlier, UNIAN wrote how a Mi-8 helicopter rolled over on its side during landing in Russia and caught fire.

And the Ukrainian military from “Stugna-P” destroyed another Russian Ka-52 “Alligator” – a helicopter worth 16 million dollars, which is considered to be a commander’s one.