“Ready to defend the country”: Shkarlet commented on his “combat” photo

Shkarlet is a reserve lieutenant colonel. 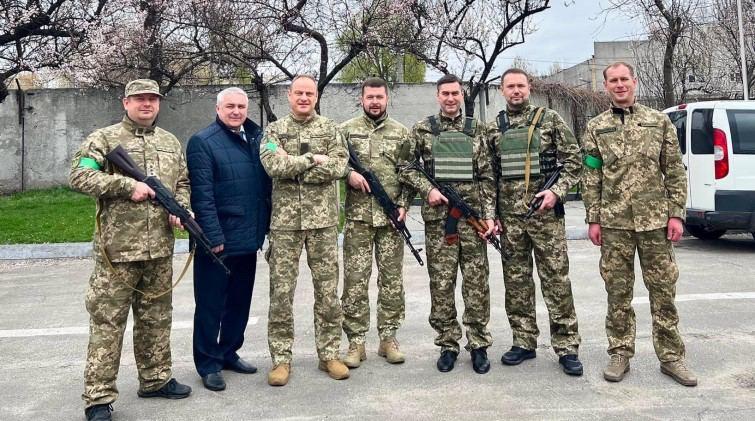 Minister of Education and Science of Ukraine Serhiy Shkarlet commented on his “combat” photo in military uniform.

When asked by journalists about the photo of the minister in uniform, which made a lot of noise on the network, he noted that he did not expose this photo.

“In general, I don’t have the habit of posting my photos. On the very first day of the war, I wanted to enroll in the defense, but received another order regarding a specific protocol during hostilities,” Shkarlet said.

“And as soon as I had the opportunity to return to life, in which I can participate in certain activities for the protection of my state, I signed up for this voluntary formation. Therefore, if you troll me about the fact that I expressed a desire to participate in the protection of the state and that I signed up into the ranks of the voluntary formation of territorial defense, then I say that the “couch troops” did not suffer losses,” the minister noted.

Recall that the Ministry of Education told when the funds for the canceled trial EIT will be returned to schoolchildren.