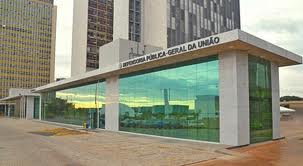 The objective of the campaign is to draw attention to the role of the Public Defender’s Office in accessing justice and guaranteeing citizenship to people in vulnerable situations. Public defenders will file initial family law petitions and provide legal advice to the population.

In the Federal District, for example, the task force will also have the support of the Undersecretariat for Psychosocial Activity, which will take care of issues related to matters of social work and psychology, providing guidance, listening in solidarity and referrals to the services of the district government network. Another highlight will be the service provided by the Responsible Paternity Program, which will provide DNA tests between the parties.

Rivana Ricarte, from Anadep, says that the national campaign will be an instrument of work and reflection on strengthening the institution: “We want to reinforce in all spaces the importance of the Public Defender’s Office and the work of public defenders for access to justice , the defense of rights and the promotion of citizenship for the population in situations of vulnerability”.

It is estimated that the target audience of the Public Defender’s Office is 85% of the Brazilian population, according to research by the entity and the Institute of Applied Research. According to Fundação Getúlio Vargas, almost 30 million Brazilians began to live on the extreme poverty line in this post-pandemic period, and this is directly reflected in the institution’s services.

In 2021 alone, the State and District Public Defender’s Office carried out more than 15 million legal consultations across the country; 1 million more than the period 2019/2020.