Henry case: expectation of new revelations about the boy’s death

After not answering a series of questions last February, the doctor and former councilor Jairo dos Santos Souzao Dr. Jairinho, was summoned to testify on June 1. At the new hearing, scheduled by the acting judge of the 2nd Criminal Court of Rio de Janeiro, Daniel Werneck Cottathe teacher will also be heard again Monique Medeirosmother of Henry Borel, who died on March 8, 2021 and would have turned 6 yesterday (3). The couple is accused of triple aggravated murder with the use of torture. The version of a domestic accident, initially supported by the two at the time of the crime, fell apart with the expert report that showed 23 injuries to the child’s body and internal bleeding due to blunt action. The circumstances surrounding the death of Henry, who was with his stepfather and mother in an apartment in Barra da Tijuca, in Rio’s West Zone, however, are still surrounded by unanswered questions. 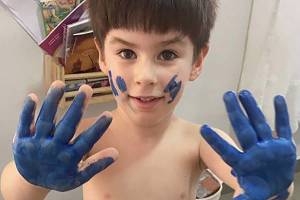 Henry Borel, 4 years old age: killed while in an apartment with his mother and stepfather, former councilor Jairinho //Personal archive

At the beginning of next month, in addition to the impeached councilor, who has been in prison for a year, and Monique – at home, with the use of an electronic anklet, since April 4 –, the criminal expert will be heard. Leonardo Tauil and the technical assistant Sami El Jundi, indicated by the defense of Jairinho. His lawyers question the autopsy, which makes it clear that there was a brutal crime. In a note, lawyer Cláudio Dalledone said that the new testimonies will “change the course of the process”. He said he still has “no doubt that many news will emerge in this case”. 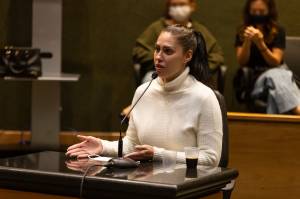 Monique Medeiros, mother of the boy Henry Borel: in the last hearing she said that “Only God, my son and Jairinho know what happened that dawn” Brunno Dantas/TJRJ/Disclosure

In order to confront the versions given by Jairinho and Monique, the Public Ministry of Rio de Janeiro has also been arming itself. Prosecutor Fábio Vieira, responsible for the case, asked in April for a 3D scan of the apartment where the couple lived until that fateful dawn. Just last month, experts were at the Majestic condominium, the scene of the crime, where the environment was measured and scanned with the help of virtual reality software. 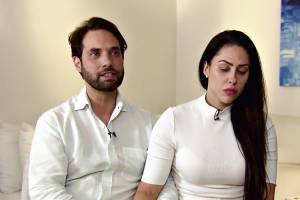 In the last interrogation, on February 9, the former councilor chose to remain silent in the face of the judge’s questions. Elizabeth Machado Louro, holder of the 2nd Criminal Court of the capital and responsible for the trial, while Monique testified for eleven hours. At the time, the teacher, who previously corroborated the then-boyfriend’s version that the child had fallen out of bed, stated in her statement that “Only God, my son and Jairinho know what happened that dawn”. The councilor who was impeached, in turn, in less than ten minutes before the magistrate, justified his silence and limited himself to arguing: “I swear to God I didn’t touch a strand of Henry’s hair”.

Monique Medeiros: at the moment the mother of the dead child gains the right to house arrest, on April 5 Alexandre Cassiano/Agência O Globo

In late January, Jairinho’s defense team underwent an upheaval. Experienced criminalist Braz Sant’Anna left the case, a week after lawyer Flávia Fróes – hired by the former councilman’s family to carry out a parallel investigation of the case – was accused by Monique of having visited her while in prison and made threats . The new panel tried to postpone the instruction hearing on February 9, which was denied by the Justice of Rio de Janeiro. On March 22, Jairinho’s defense suffered another defeat, when the 7th Criminal Chamber of the Rio de Janeiro Court of Justice denied a request for the impeached councilman to be released. Now, on May 1, the lawyers of the former parliamentarian backed off, curiously, and filed a request to withdraw from another habeas corpus request with the TJ. 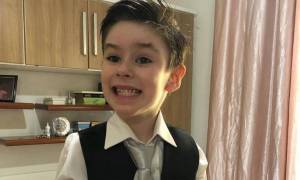 Henry Borel, murdered in the early hours of March 8: boy would have turned 6 on Tuesday (3) Personal archives/VIEW

The move took place ten days after Judge Elizabeth Louro informed, in response to a letter requiring the defense of the former councilor, judge Marcius da Costa Ferreira, of the 7th Criminal Chamber of TJ-RJ that “never in 25 years of career, I came across a procedural stance remotely similar to this one”. In the document, the magistrate also says that the team of lawyers “operates as if this were the only process in charge of this court and service, imposing on this magistrate a strenuous performance and generating an absolutely tumultuous picture in the progress of the deed”. Henry’s stepfather and mother are expected to be tried later this year.

Jairinho is still suspected of having tortured two children, at the time in the same age group as Henry, daughters of ex-girlfriends.