For Russians, this vulnerability is known, but they decided not to do anything about it.

Photographs showing turrets being torn off by Ukrainian weapons on Russian tanks show a problem with the design of this technique, also known as the “devil in a snuffbox.”

The malfunction has to do with how Russian tanks, including the T-72, store and load ammunition.

In these Soviet vehicles, all shells are arranged in a circle inside the turret. When an enemy shot hits the right target, the ammo wheel can quickly set off a chain reaction, tearing the turret off the tank’s hull in a killing blow.

Ammunition of the main tank of the invaders T-72 is in a carousel-type charging machine directly under the main turret and crew members.

“During the hit in the compartment where the ammunition is stored, all crew members die. All the cartridges – there are about 40 of them – depending on whether they carry a full load or not – they will all burn out. Everyone will be dead,” said a professor at the US Army War College Robert E. Hamilton. 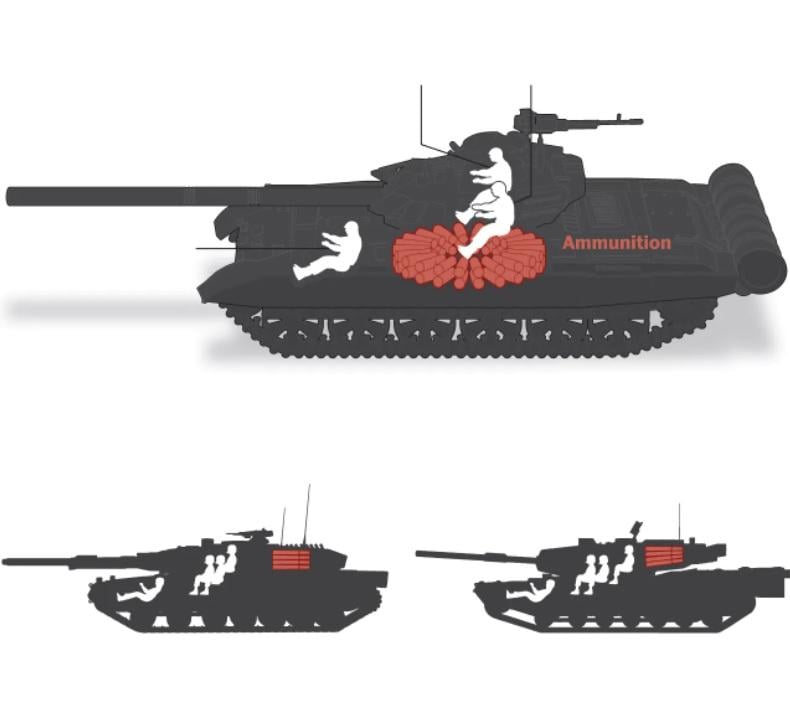 According to experts, the Ukrainians are aware of this vulnerability of enemy tanks and skillfully use it.

At the same time, there is a significant difference between Soviet tanks and Western-made tanks.

“American tanks have long prioritized crew survivability, unlike Russian tanks. It’s really just a difference in the design of the ammunition storage compartment and a difference in priorities,” Hamilton said.

Ammunition in most Western tanks can be stored under the floor of the turret protected by the heavy hull, or at the rear of the turret. At the same time, such a compartment in the turret itself is potentially vulnerable to hitting, built-in functions can prevent the “decapitation” of tanks.

Such vehicles are usually lighter and simpler, have thinner and less perfect armor than those of a Western manufacturer.

Hamilton added that for the US military, “if the tank is destroyed and the crew survives, you can build a new tank faster than train a new crew.”

“For Russia, people are the same expendable material as cars. The Russians have known about this for 31 years – I must say that they simply decided not to do anything about it,” the expert summed up.

As UNIAN reported, the Armed Forces of Ukraine counterattacked Russian troops near Kharkov, pushing them back 40 km from the city. The Russians planned to capture Kharkov and hold it in order to advance further into the Donbass.