“Reporters Without Borders”: after the start of the war in Ukraine, freedom of the press in Russia was de facto canceled

According to experts, the situation in this area has also noticeably worsened in Ukraine. And in Belarus, the situation with freedom of the press at the moment is better than in neighboring Russia. 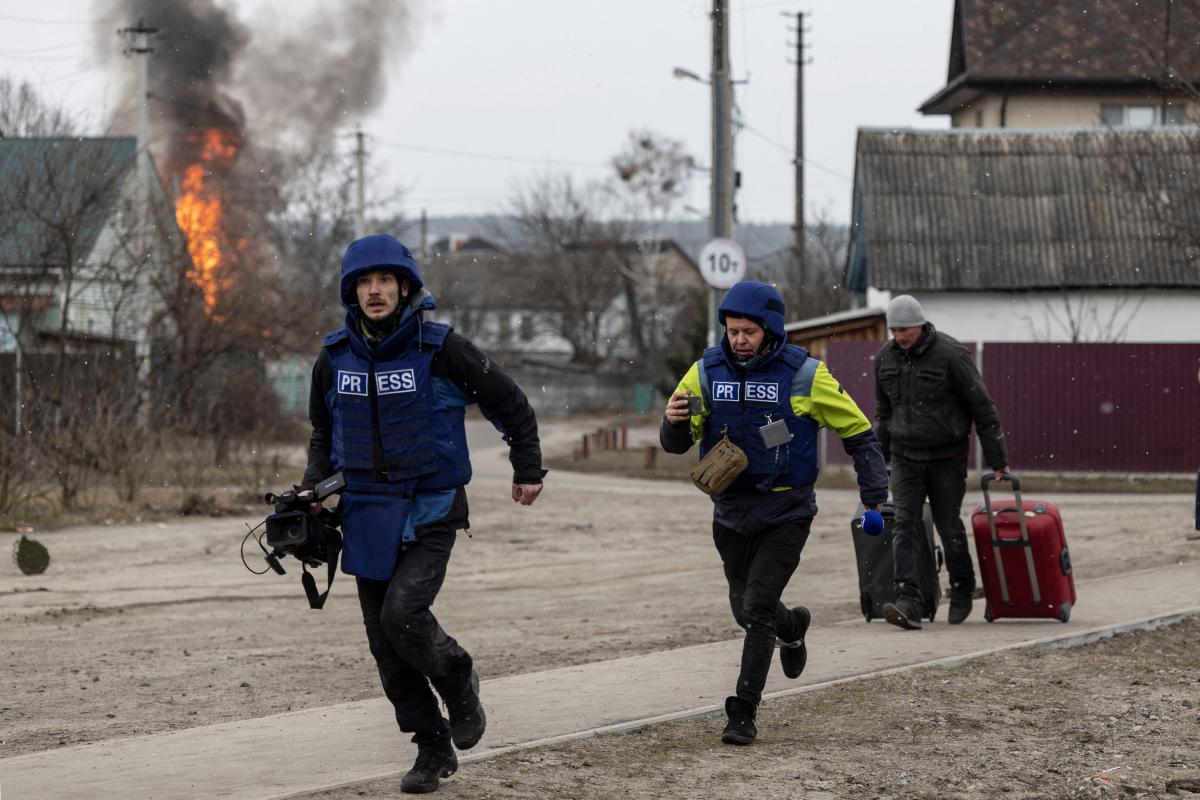 After the start of the war in Ukraine, the freedom of the press in Russia was de facto canceled / photo by REUTERS

After the start of a large-scale invasion of Ukraine, freedom of the press in Russia practically ceased to exist.

This conclusion was made by experts from the international organization Reporters Without Borders (RSF), which published on Tuesday, May 3, its annual rating of countries in terms of press freedom, writes DW.

It is noted that over the past year Russia has fallen in it from 150th to 155th position.

“Military conflicts and crises around the world, as well as increased levels of violence against journalists, including against the backdrop of the coronavirus pandemic, have had a key impact on the global situation with press freedom,” the researchers say.

According to Reporters Without Borders, even before the Russian invasion of Ukraine on February 24, 2022, the Kremlin significantly increased its pressure on independent media.

“More than a hundred journalists and entire editorial offices were declared “foreign agents” in 2021, many were forced to stop working because of this,” the authors of the report recall, citing the fate of the Ekho Moskvy radio station, Dozhd TV channel and Novaya Gazeta as an example. “, the editorial board of which was headed by the Nobel Peace Prize winner Dmitry Muratov.

When determining the place of Russia in the rating of countries in terms of the level of press freedom in 2022, RSF experts took into account the fact that foreign social networks Facebook, Twitter and Instagram are banned in the country, as well as a change in national legislation, according to which, dissemination of information about the Russian Armed Forces, which the authorities consider disinformation, threatens up to 15 years in prison.

As for Belarus, where “dictator Alexander Lukashenko has been persecuting independent journalists with great brutality since his “re-election” in August 2020,” the press freedom situation is currently better than in neighboring Russia.

In the current Reporters Without Borders rating, this country ranks 153rd, which is two positions better than Russia. One of the events illustrating the current state of affairs in Belarus was the forced landing of a Ryanair airliner in Minsk in May 2021 in order to detain opposition journalist Roman Protasevich, experts say.

According to experts, the situation in this area has also noticeably worsened in Ukraine. Ukraine has dropped from 97th to 106th place in the RFS ranking over the year.

According to Reporters Without Borders, at least seven media workers died in Ukraine while working in the first two months of hostilities. At the same time, the Russian military “purposefully attacked groups of journalists and bombed TV towers in a number of cities.” “Repeatedly, media workers were kidnapped or their family members were pressured to silence them,” the organization’s press release says.

Without assessing this fact, RSF employees also stipulate that on March 20, nationwide TV channels in the country were united by decree of Ukrainian President Volodymyr Zelensky in order to pursue a single information policy.