Marília meets Lula again, after being abandoned by PT | Radar 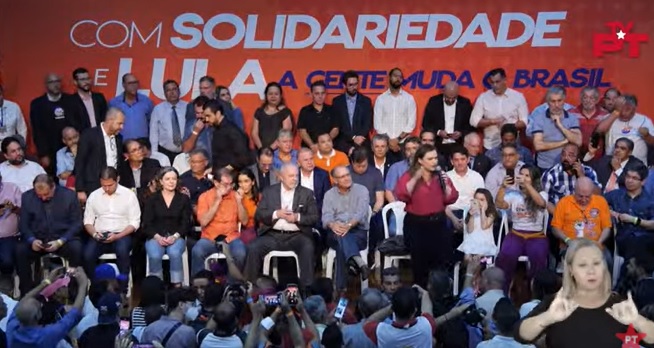 In an event marked by the defense of a “wide range” of alliances, the official support of the Solidarity to the candidacy of Lula (PT), in São Paulo, was attended by the deputy Marília Arraes. In the last week, the parliamentarian saw the possible endorsement of the ex-president of his campaign for the government of Pernambuco.

The former PT candidate, who has used and abused the image of the former president in her pre-campaign, made a point of releasing a video announcing her presence at the event. Although Lula has decided to support Danilo Cabral (PSB) to the Pernambuco Executive, by an agreement between the acronyms, the relationship with Arraes’ granddaughter is preserved.

“President Lula has arrived, he is here beside us. Let’s go, we’re going to change Pernambuco, change Brazil”, he declared, showing off the former president.

After the climate triggered by the boos received by Paulinho da Força during an act of the union centrals, two weeks ago, the chief of Solidariedade decided to keep for this Tuesday the official support of the party for the candidacy of Lula and the ex-governor of São Paulo Geraldo Alckmin (PSB) to the Presidency.

‘With Solidarity and Lula we can change Brazil’ is the motto of the alliance.

Paulinho even threatened to cancel the event after the boos – he, who participated virtually, was hurt because no one from the PT leadership went to the microphone to defend him from the attacks.

The following day, Lula called the president of Solidarity to talk — he said he had nothing to do with public hostility and reinforced the importance of the alliance between the two parties.