Lula could follow the script made available by Fernando Haddad 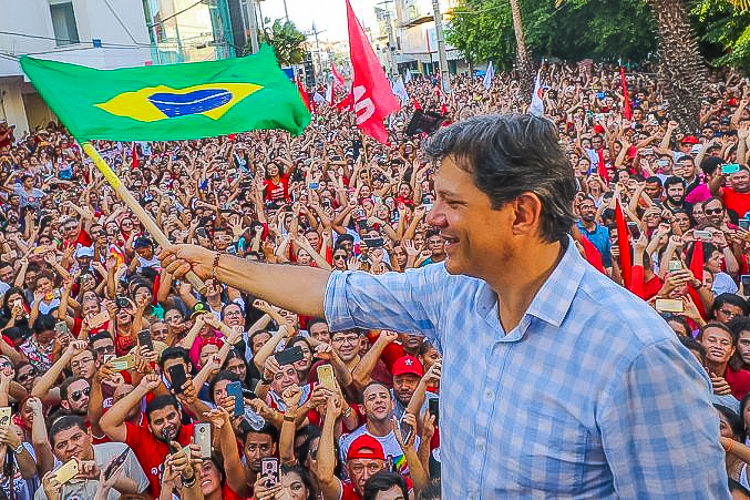 While crossing the street to step on banana skins, Lula could take the interview with Fernando Haddad, in the Yellow Pages of VEJA, as a script. Haddad speaks to an audience that is not converted and that can vote for the PT. The PT’s speech is balanced, focuses on what really worries the population, shows ways to move forward where things already work, hits on what is not right and focuses on the debacle of Jair Bolsonaro’s actions.

“There is no Bolsonaro government. There is Bolsonarist agitation. At various moments in contemporary politics, especially with the mass media, the nature of democracy has completely changed. It is possible for a government to maintain itself solely and exclusively on agitation. The Bolsonaro government is not a project government. What exists is political and electoral agitation, but at the cost of destroying the country”, says Haddad.

The lack of a project, of personal action and of vocation for work is today an open flank in the Planalto to its adversaries. Bolsonaro’s schedule has few hours of work, motorcycle, horse, jet ski rides occupy several pages of the history of this government and the priority is to create confusion and instability between the institutions.

“Managing real problems for the population, such as inflation, the price of fuel and cooking gas, unemployment, violence, health and education are in the background. Can the country resolve such issues without these important issues being treated as a priority by the President of the Republic? Bolsonaro delegates all of them to ministers and government bureaucrats, but politics is done with a pen, with the politician elected to govern sitting in the chair setting priorities, acting. When he resigns from that role, we have what’s there,” says an ally of Haddad’s.