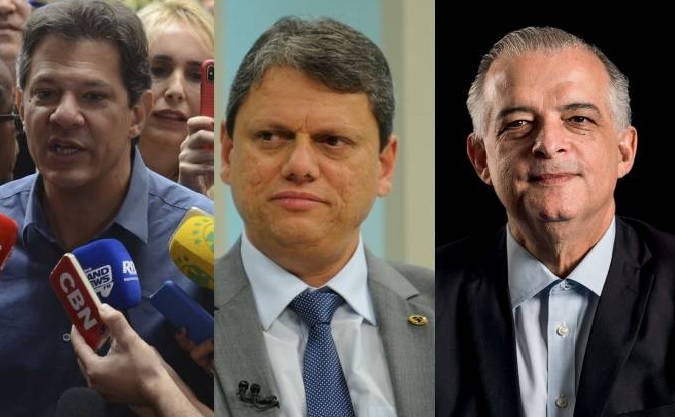 A survey by the Gerp Institute on the election to the government of São Paulo pointed out that Fernando Haddad (PT) remains in the lead of the race, now with 26% of voting intentions. Second place is shared by the former governor Márcio França (PSB), with 15%, and the former minister Tarcísio de Freitas (Republicans), with 13%.

The two are tied within the estimated margin of error of plus or minus 2.5 percentage points. In third place is the current governor of São Paulo, Rodrigo Garcia (PSDB), who has only 4% of the intentions. He pulls a platoon of seven candidates who scored below 5%. Former Bolsonarista Abraham Weintraub, for example, did not even score.

Despite the lead of Haddad and France – whose parties are still discussing a possible alliance – they are also among the most rejected candidates in the dispute. His direct rival, Tarcísio de Freitas, enjoys one of the lowest rejection rates in the survey.

Haddad’s rejection reached 35% of the electorate and even surpassed his intention to vote. France’s was at 10%, a little lower than Weintraub’s 15%. The rejection of Tarcísio was 7%, the third lowest among the candidates evaluated in the survey.