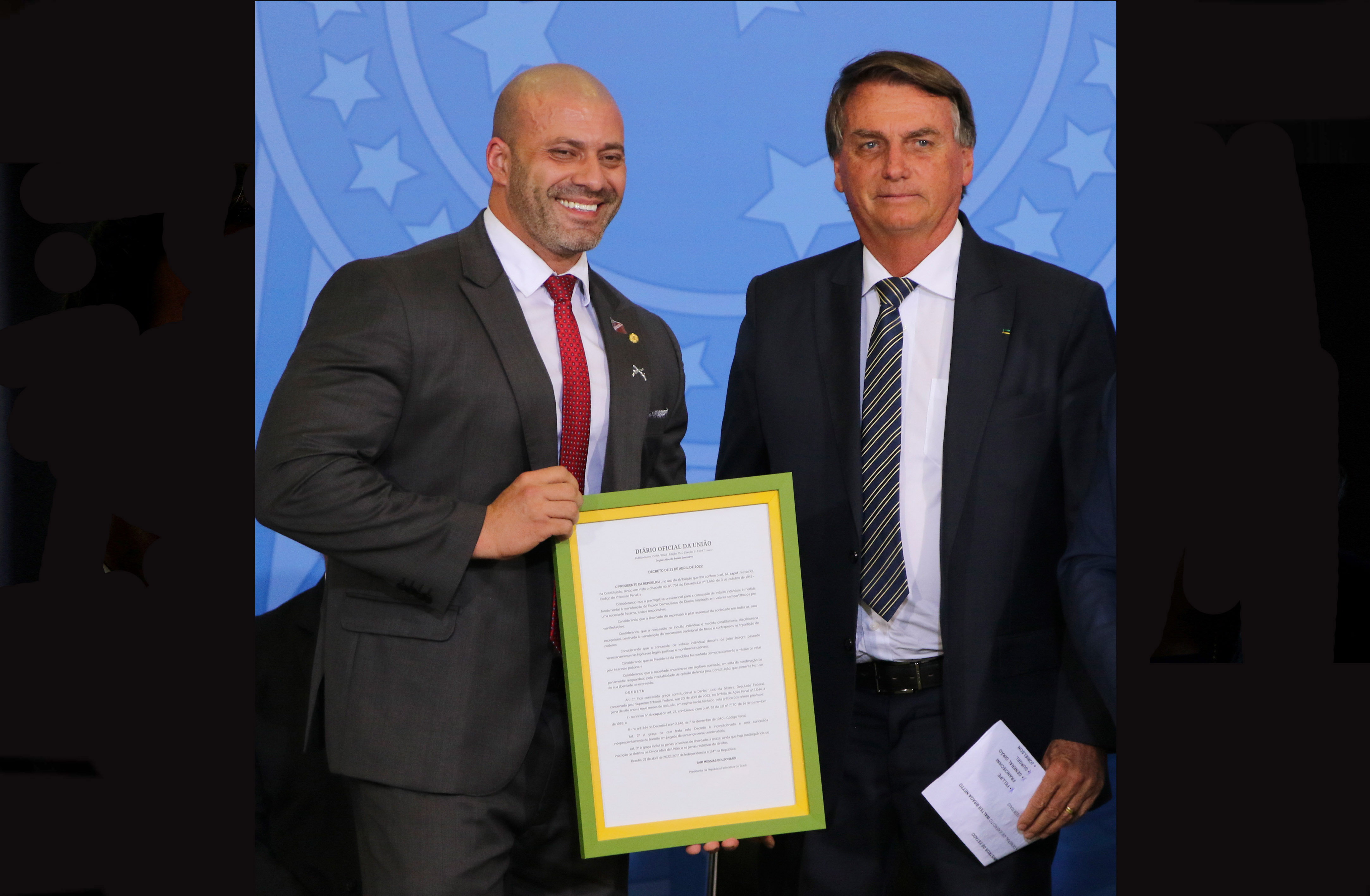 The grace (a kind of individual pardon) granted by the president Jair Bolsonaro (PL) to the deputy Daniel Silveira (PTB-RJ), convicted of threatening ministers of STF (Federal Supreme Court) and inciting violence against institutions, generated 1.45 million posts on Facebook, Instagram and Twitter in less than a week. According to a survey carried out by Quaest Consultoria e Pesquisa for this week’s VEJA report, 52% of the mentions were in favor of Bolsonaro’s initiative. Although part of this amount comes from robots, the company concludes that the president “has managed to mobilize his allied base in an effective way, leading the debate”.

Another study, carried out by the Directorate of Public Policy Analysis (DAPP) at FGV, identified that the case of Silveira occupied 11.24% of mentions on Twitter among the right-wing profiles, who celebrated the initiative – the peak of tweets (100,000) was at 6:00 pm on the 21st, when the presidential decree was issued.

A second episode of conflict between the government and the Judiciary, the note from the Ministry of Defense countering STF Minister Luís Roberto Barroso, who said at an international seminar that the Armed Forces seem to be being “oriented” to attack the electoral process, also yielded an expressive number of publications on the networks – again in a positive way for Bolsonaro. According to a survey by Quaest, there were 128 thousand mentions to the Defense note on Twitter, Facebook and Instagram between April 24th and 27th, 63% of them were in favor of the government’s arguments.

Critical mentions of the note, signed by Defense Minister Paulo Sérgio Nogueira de Oliveira, represented 32% of the total, with a predominance of the argument that the Armed Forces should not interfere in the elections. There was also 5% of neutral mentions, especially from journalistic articles that only reported the release of the note.

Upcoming polls of voting intentions should say whether clashes like these only serve to stir up radical supporters or if they also bring electoral dividends.