US will help Ukraine until Russia is defeated – Pelosi

President Volodymyr Zelenskyy noted that the negotiations with Nancy Pelosi were substantive and multifaceted. 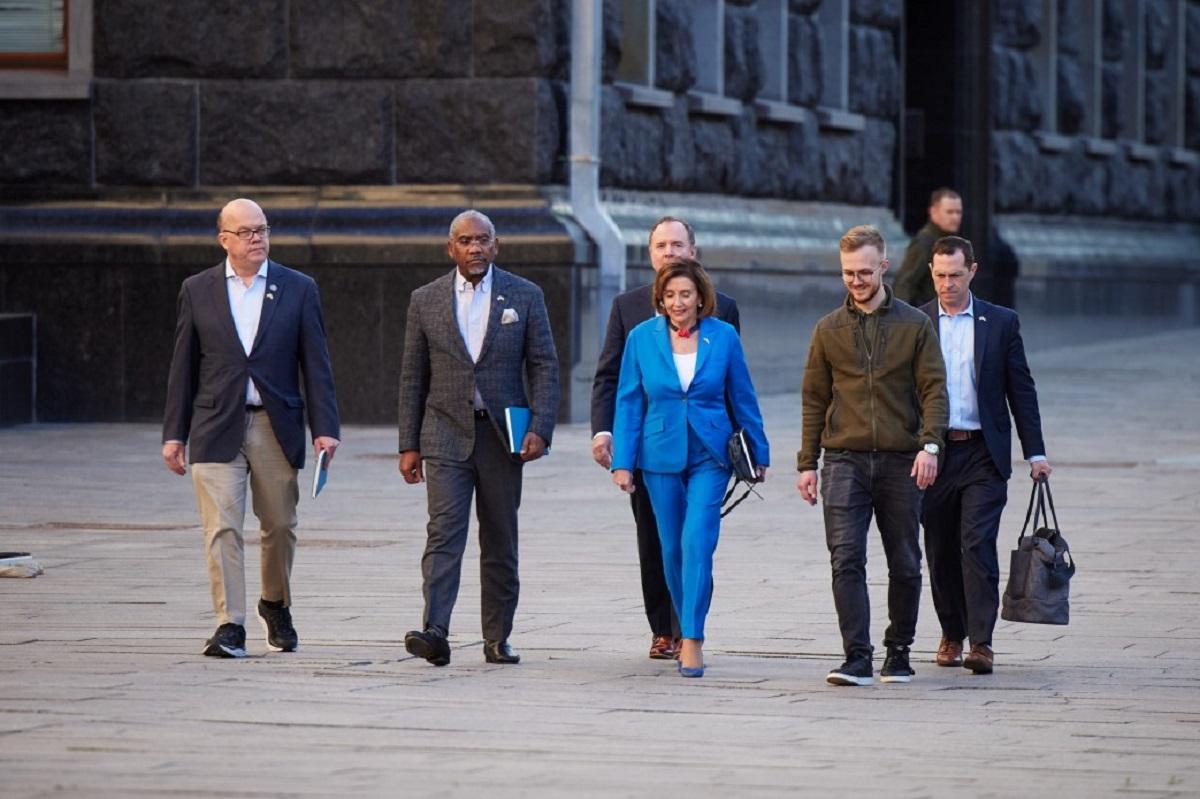 The United States will provide Ukraine with broad economic, military and humanitarian support. Washington will support Kyiv until Russia is defeated.

This was stated by the Speaker of the US House of Representatives Nancy Pelosi, writes The New York Times.

“America will stand by Ukraine until the victory is won,” Pelosi said on Sunday after a visit to our country.

Pelosi said she was touched by her meeting with the wartime president of Ukraine, calling Zelensky “brilliant.” She described their three-hour meeting as “a wonderful masterclass in leadership.”

She said that she began the meeting with Zelensky by quoting the American revolutionary Thomas Paine. “Time has found us,” he wrote in 1776. “We believe that the time has come for Ukraine,” Pelosi said. This struggle, she added, will help preserve democracy around the world.

“Putin’s war is evil”: what other members of Congress said

Representatives of the US Congress, who were part of the American delegation during their visit to Kyiv, also expressed their support for Ukraine.

Thus, the representative of New York, the head of the foreign affairs committee, Gregory Meeks, said that the United States would work with allies to improve and expand sanctions in order to increase pressure on Moscow.

“Nothing will decrease, everything will only increase,” Meeks said.

California spokesman Adam Schiff, head of the Intelligence Committee, said he was “delighted with what the Ukrainians have been able to achieve” by fending off Russian attempts to seize Kyiv and depriving Moscow’s better-equipped forces of an easy victory.

Massachusetts State Representative Jim McGovern said that Russia is waging war not only against the people of Ukraine, but also against the most vulnerable segments of the world’s population. Ukraine is considered the breadbasket of Europe, and the war “exacerbates hunger throughout the world.”

Zelensky’s commentary on the meeting with Pelosi

President Volodymyr Zelensky, in his evening video message, noted that the negotiations with Pelosi were substantive and multifaceted. “In particular, about defense supplies, macro-financial assistance, sanctions policy, political interaction with the United States of America,” Zelensky said.

The President thanked Pelosi for resurrecting the historic lend-lease program, as well as preparing a large $33 billion aid package for Ukraine. “We discussed specific areas – how lend-lease can work in order to strengthen our state as much as possible and help in the struggle for freedom,” the head of state said.

Zelensky and Pelosi also discussed strengthening sanctions against Russia, which could “most effectively induce it to end the war,” and limiting any ability of the Russian Federation to circumvent sanctions.

As UNIAN reported earlier, on Sunday, May 1, President of Ukraine Volodymyr Zelensky met with Speaker of the US House of Representatives Nancy Pelosi. This is the first visit by an official US delegation to Ukraine since the start of a full-scale Russian invasion.