In Russia, the Mi-8 helicopter turned over on its side during landing and caught fire (video)

Five people were injured, one without signs of life. 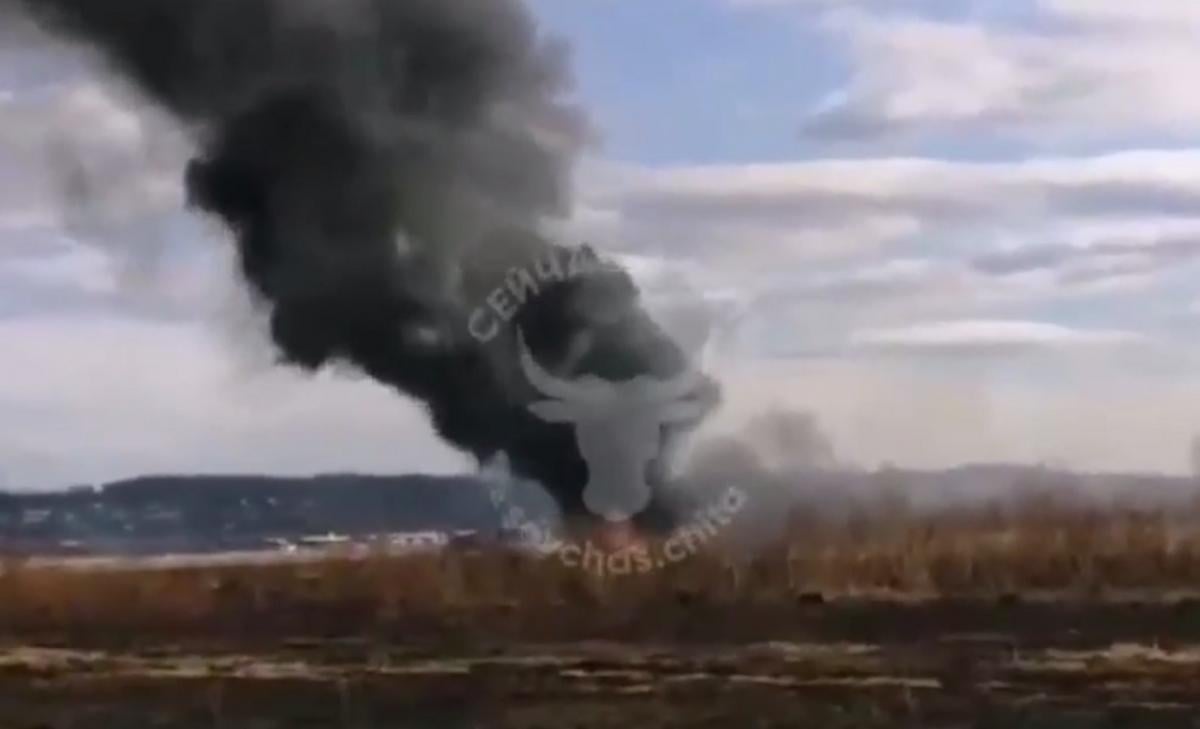 The Mi-8 helicopter caught fire at the airfield in the Trans-Baikal Territory, making a hard landing.

This was reported in the regional Ministry of Emergency Situations.

The incident became known at 11:05. The reasons are specified. Firefighters from the local garrison of the Ministry of Emergency Situations are on the scene to extinguish the fire.

Interfax writes that the helicopter “tipped over” during landing.

“The Mi-8 helicopter carrying workers, while landing in Mogocha, rolled over on its side with a rotating propeller and caught fire. Five people were injured, another without signs of life,” the source said.

The cause of the incident is called “hurricane wind”.

“During landing, there was a sharp gust of hurricane wind near the ground. The crew could not hold the helicopter – and it rolled over on its side,” writes Interfax.

As UNIAN reported earlier, explosions took place at an oil depot in the village of Zhecha near Bryansk. Officials claim that the aircraft of the Armed Forces of Ukraine was allegedly detected by means of air defense.

On the eve of the pharmaceutical plant in the Russian Kurgan “Synthesis” explosion. The enterprise is one of the leaders in the production of antibiotics in Russia, providing, first of all, the hospital sector.

As you know, from time to time information appears in the media and social networks about explosions in ammunition depots and fires at fuel depots in the regions of the Russian Federation bordering Ukraine with Ukraine.