What is happening in Mariupol now: top news for April 30

The invaders almost destroyed the city, it seems that there are no surviving houses left. 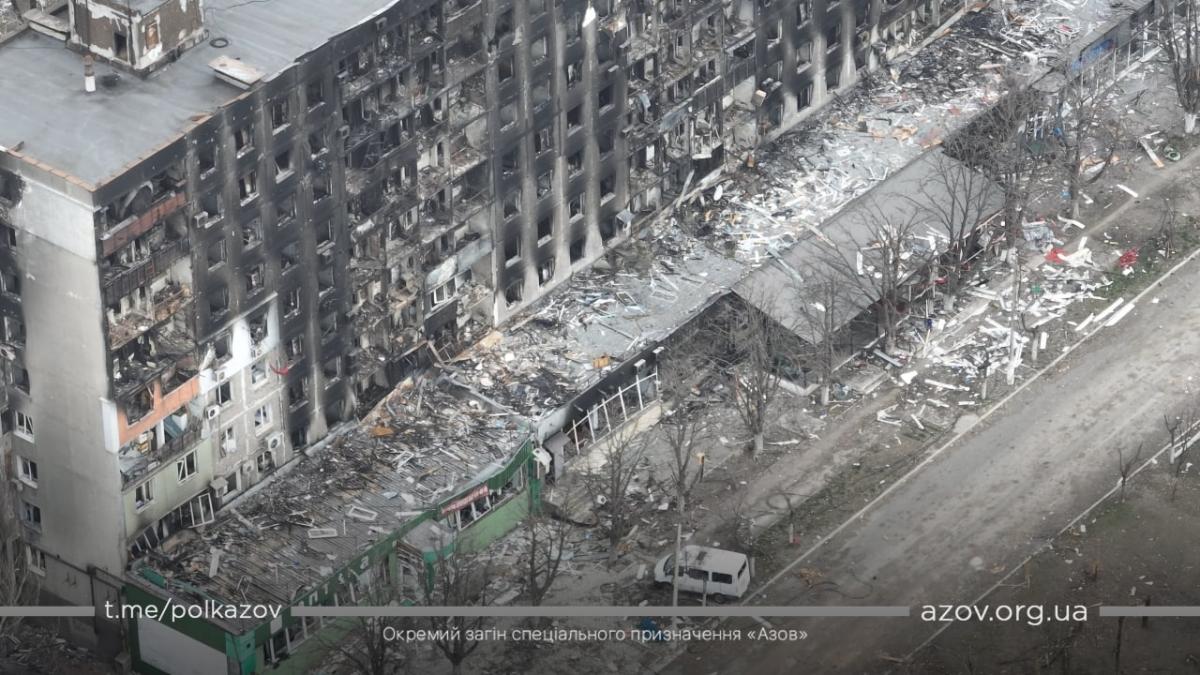 Mariupol has been subjected to continuous attacks by the Russian Federation since the beginning of the full-scale Russian invasion. During the day, the invaders drop dozens of bombs on the city.

UNIAN offers to find out the latest news of Mariupol on Saturday, April 30, 2022:

20:18 Heroes of Mariupol street appeared in Khmelnytsky. Renamed Gagarin Street in honor of the heroic Mariupol. This was announced by Khmelnytsky mayor Oleksandr Simchyshyn. “From today, the Khmelnytsky City Council is working on Heroiv Mariupol Street,” he shared on his Facebook page. Thanks to all the cities of Ukraine and Europe for supporting the city and its Heroes, who continue to resist and inflict losses on the rashists in incredibly difficult conditions. We hope that upon the return of the city we will all unite and rebuild our Mariupol. 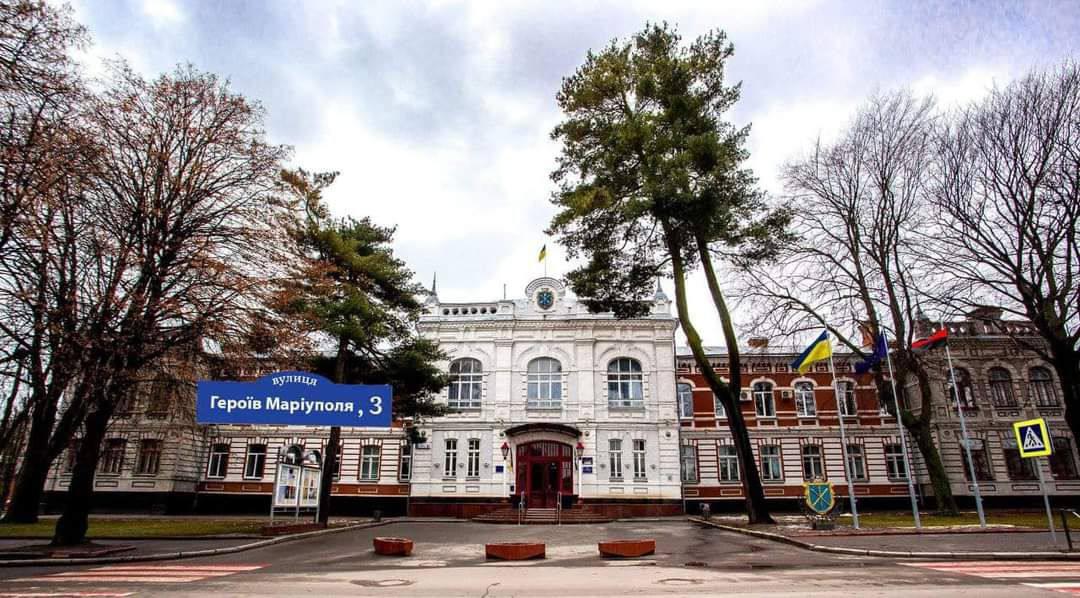 19:25 UN representatives have arrived in Mariupol, negotiations are ahead on the evacuation of people from Azovstal.

17:49 Russia will leave a minimum number of troops in Mariupol to block Ukrainian positions in Azovstal, – Institute for the Study of War. The institute’s report says that the leadership of the Russian Armed Forces is taking such a measure because of plans to deploy the maximum possible combat power for an offensive in other directions. Earlier it was reported that a significant part of the Russian forces from April 20 was sent from Mariupol towards the Zaporozhye region. 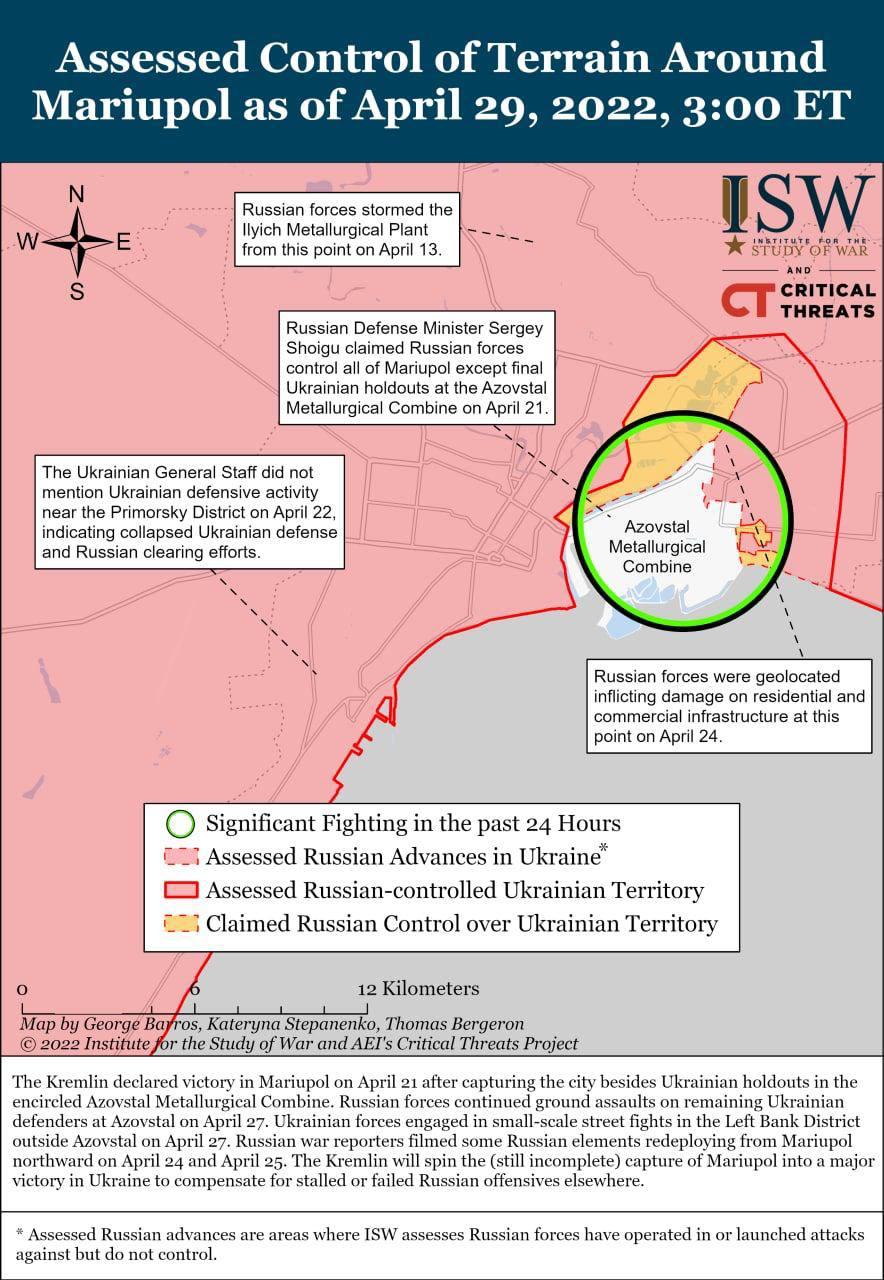 16:58 There is hope for the evacuation of Mariupol residents to the territory controlled by Ukraine. Today. From Port City. We are waiting for confirmation. We believe 🤞 Follow the news.

16:41 In the center of Mariupol, the Russian military set up a checkpoint. Everyone is checked. Here, control over the work on clearing the city by civilians is carried out. Local residents report that unknown people are moving into the houses of Mariupol residents who managed to leave the city. “Ghetto of the 21st century,” Piotr Andryushchenko, adviser to the mayor of Mariupol, signed the photo. 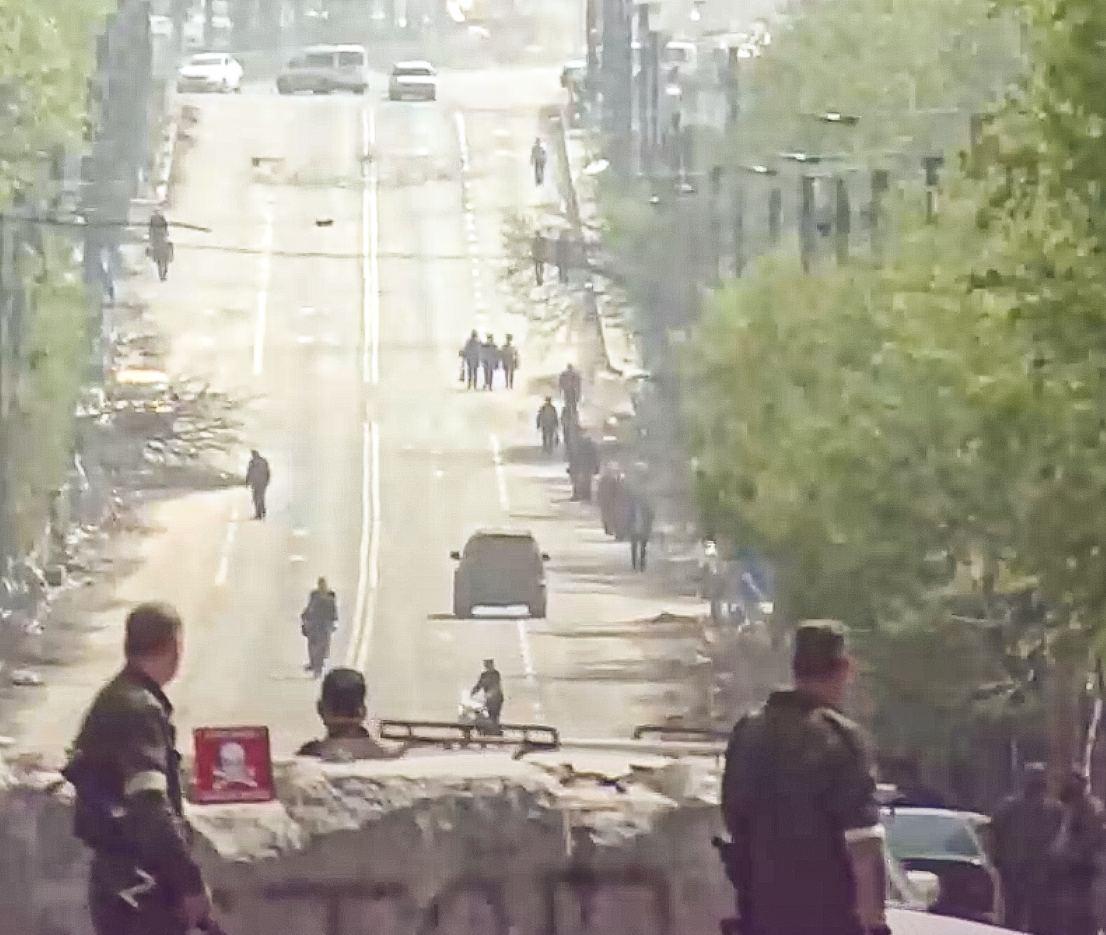 15:53 ​​The Pope has asked three times since the beginning of the war to open humanitarian corridors in Mariupol. All three times Putin refused him. According to the Italian media, the Pope wanted to send his trusted cardinal there and take the civilians out of Azovstal on a ship flying the flag of the Vatican. Now the Vatican is pessimistic about further attempts to organize the evacuation of people from Azovstal. 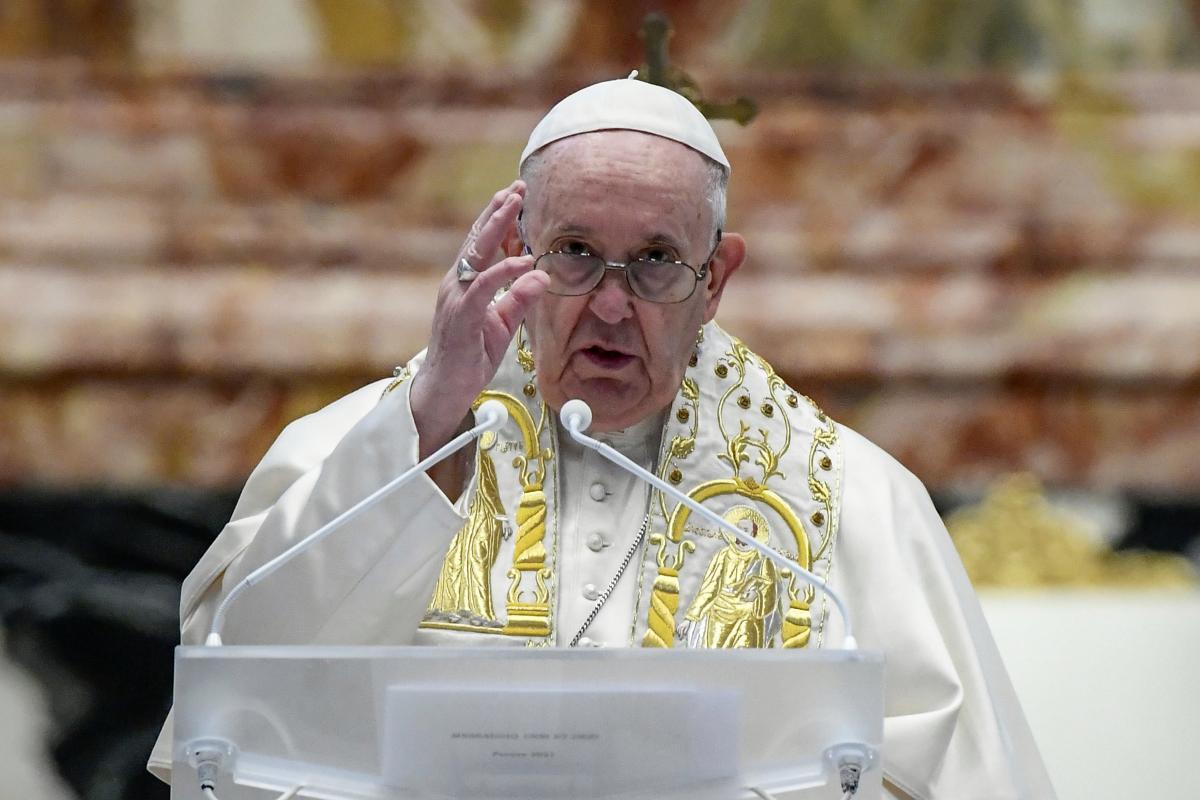 15:40 A documentary about Mariupol during the blockade was released. The chief cameraman of the Mariupol television Alexander Ratushny made a documentary film “MARIUPOL 2022”. During the blockade of the city, he lived with his family in the storehouse of the Naval Lyceum. There he made a film about the people who were hiding there. While their fate is unknown. We hope they are alive and safe.

15:09 This video message was recorded in sign language by a couple from Mariupol. They turn to their children and grandchildren. Ulyana, their daughter, as she speaks a harsh language, translates the text of the appeal. The couple still remains in Mariupol. Their apartment burned down and they are forced to live in the basement. They want to leave for Zaporozhye, but they don’t know how to do it – they don’t hear anything and therefore are completely cut off from information.

13:33 A phone stolen from one of the residents of Mariupol was “found” in Chechnya. A proud warrior from Kadyrov’s legendary tik-tok legion brought the stolen phone to Grozny, where he gave it to his daughter. But she recorded a video where she thanked its owner for the “gift”.

13:04 In the city center on Mira Avenue, a checkpoint of the occupiers has been set up. With the help of it, filtration measures are carried out, as well as control over the removal of debris. 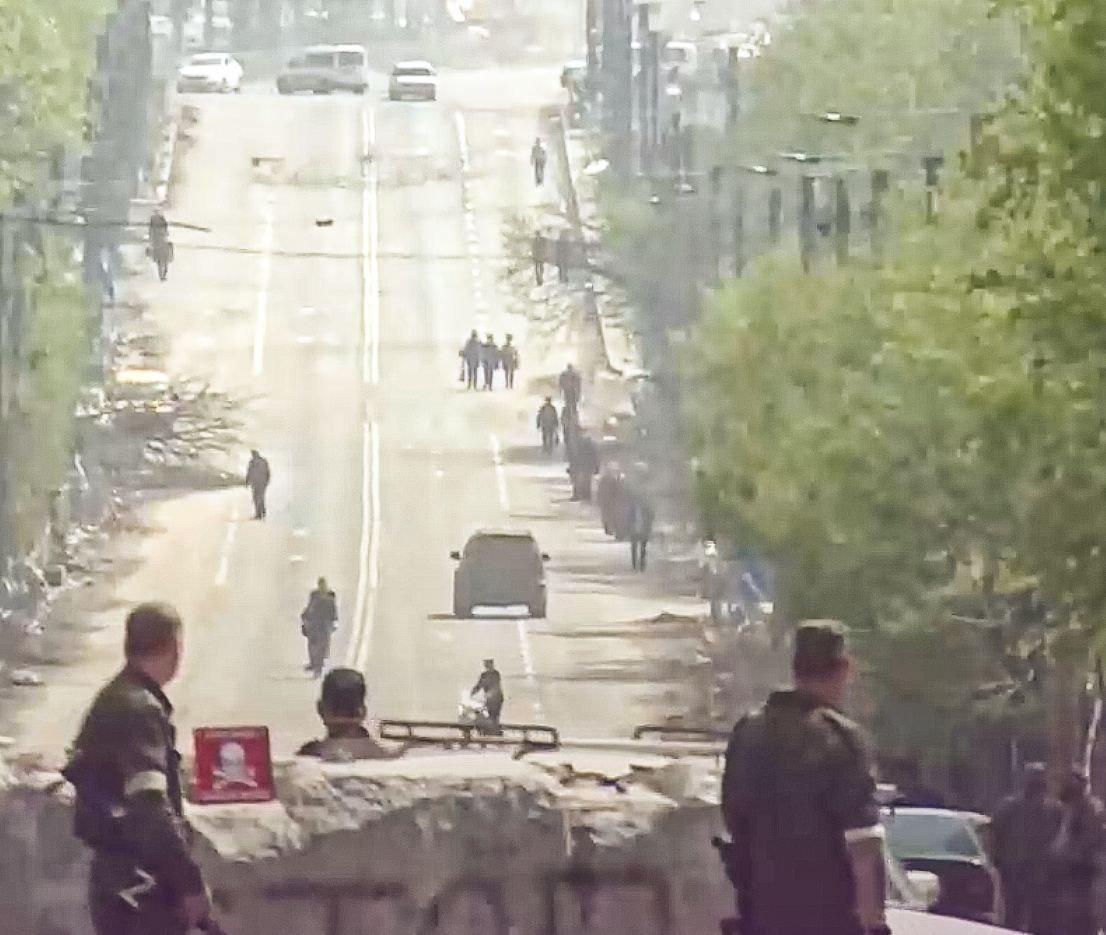 12:34 Putin refused Pope Francis three times to organize humanitarian corridors from Mariupol. Even the idea of ​​evacuating people on a ship with the flag of the Vatican was discussed. The negotiations took place through direct messages to Moscow through diplomatic channels, as well as using the Orthodox Patriarchate. 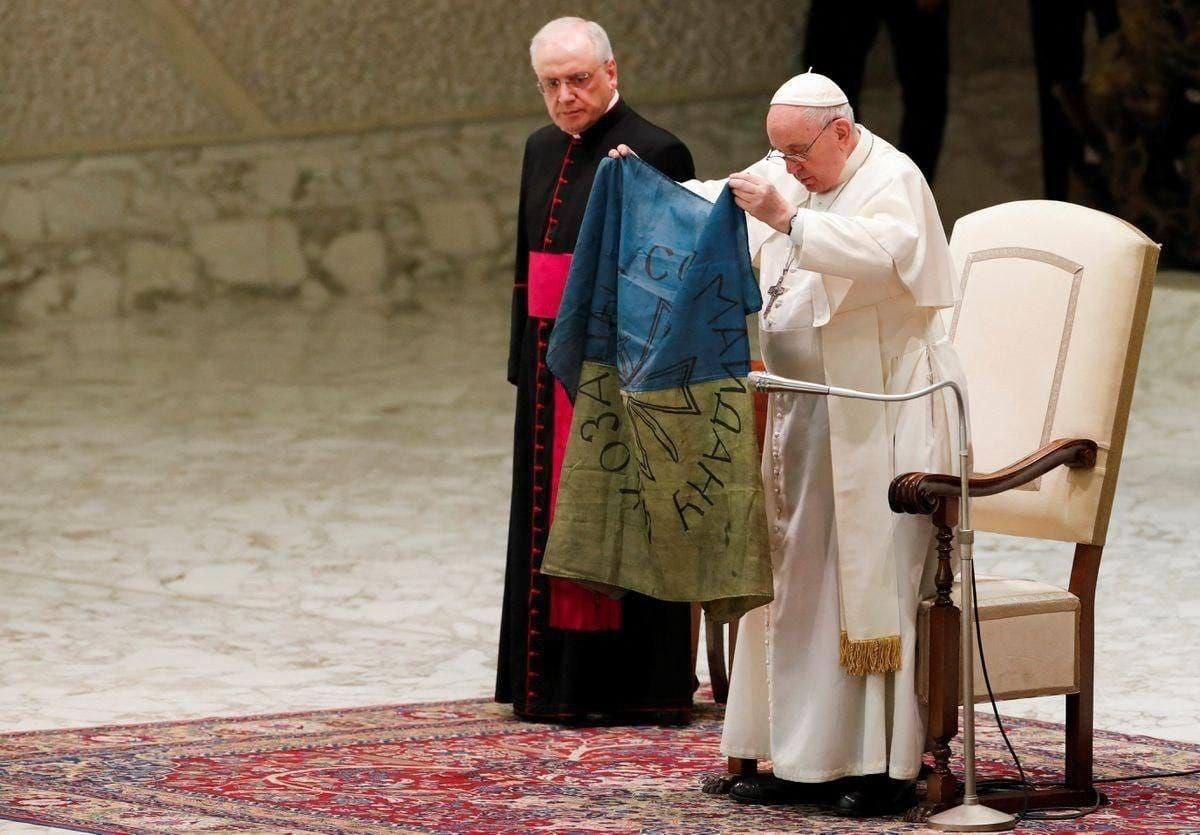 12:14 Due to the catastrophic shortage of at least minimally qualified personnel in the municipal sector, the infidels have intensified the “search” by the FSB and the MGB for public utilities and public sector workers in the Mangush and Nikolsky districts, especially on the coast. If they refuse to work, they are forcibly taken to Mariupol and forced to cooperate through the use of physical force. Known facts of coercion of rescuers, firefighters and utility companies. It should be remembered that working for infidels in the humanitarian sphere is not essentially a collaboration. Don’t take risks. Tell your loved ones not to take risks. The most important thing is to save the lives of Mariupol residents. And who really entered the collaboration – we fix it. There will be retribution, but only for real collaborators. Everyone else must save life and health until evacuation or our return.

11:49 The Russian Federation rejects proposals to save people in Mariupol, wants to destroy the city and Azov, said Mikhail Podolyak, adviser to the Head of the President’s Office.

11:29 Unknown people are being settled in the houses of Mariupol residents. This was reported by a resident of the Mariupol village of Stary Krym. The houses of the owners who left the occupied territory are settled by unknown people. Such a permit is issued by the so-called village council operating under the flag of the so-called DPR.

10:00 The General Staff of the Armed Forces of Ukraine reported on the total combat losses of Russians from February 24 to April 30: 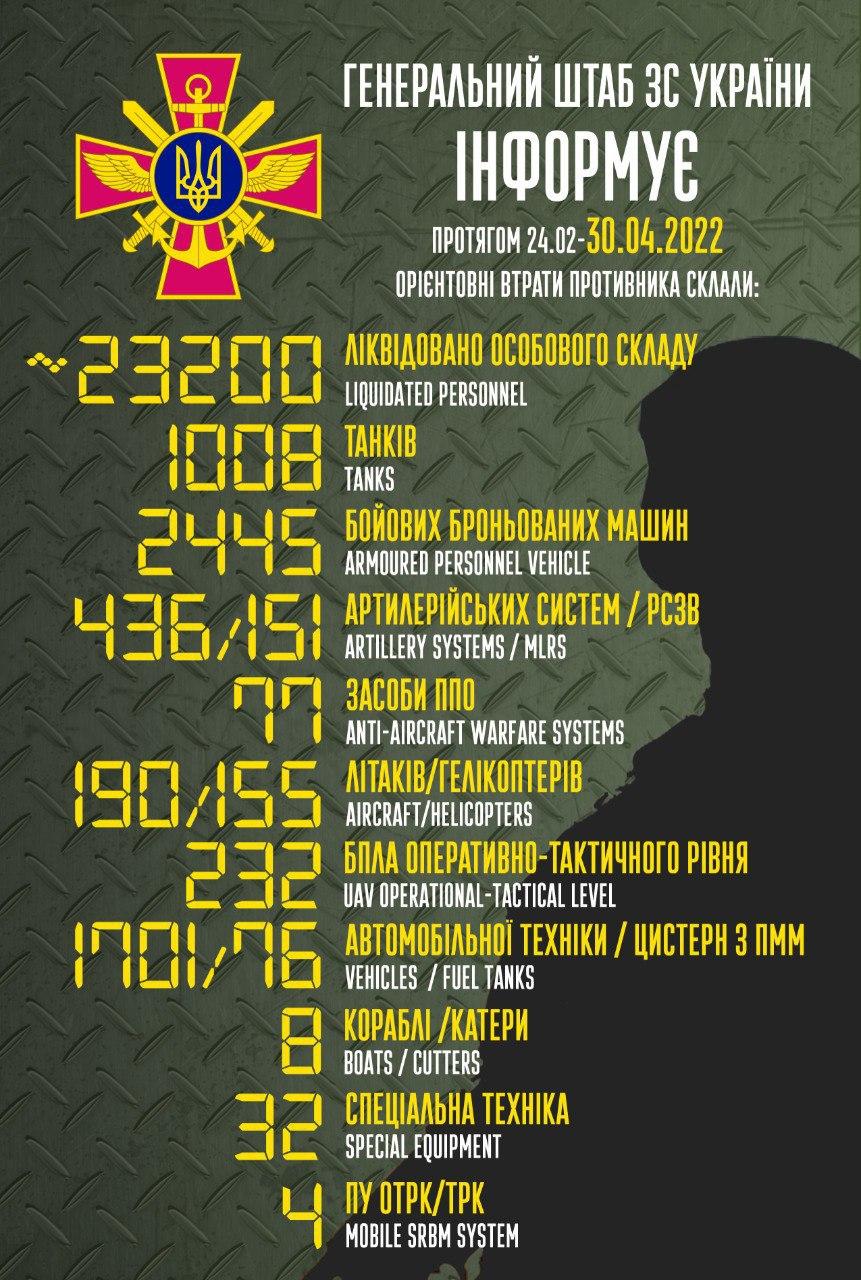 07:11 The number of wounded at “Azovstal” exceeds 600 people, said the mayor of Mariupol Vadim Boychenko. The mayor also said that there are hundreds of civilians at Azovstal. They were forced to hide in bomb shelters and are waiting for evacuation.

06:33 Ombudsman Lyudmila Denisova said that Russian invaders in Mariupol take money from people and lure out personal data through fraudulent financial transactions. According to her, the so-called. “ATMs” operating under the control of Russian terrorists. There, Mariupol residents can exchange non-cash money for cash from scammers at a rate of 2 to 1.

00:00 The invaders are more cynical than the Nazis – they turned Mariupol into a Russian concentration camp in the middle of ruins, said President of Ukraine Volodymyr Zelensky. “And the order of the occupiers in that part of Mariupol, which, unfortunately, they still control, is slightly different from what the Nazis did in the occupied territory of Eastern Europe,” the president added.

Recall that the situation in Mariupol is catastrophic. Local authorities talk about at least 22,000 residents killed by the invaders. These data are approximate, it is not yet possible to calculate the number of victims. In addition, the Russian Federation brought mobile crematoria to Mariupol to cover up the traces of crimes by burning the bodies of killed civilians.