How Walpurgis Night is celebrated in Ukraine and how this day was called by the ancient Slavs – find out in the UNIAN material.

Many countries of Western Europe have been celebrating Walpurgis Night for centuries – the date when, according to legend, the gates to the other world open, entities enter the world of living people, and witches gather for sabbats. UNIAN will tell you why Walpurgis Night is so called and what is the difference between Western European and Slavic holidays.

Earlier we told you when Krasnaya Gorka is in 2022.

According to popular beliefs, in the 8th century in Germany there lived a nun named Walpurga (Walburga). She arrived from England and founded the Heidenheim Monastery, since the German lands at that time were completely under the influence of paganism, and Walpurga continued the mission of her father – to spread Christianity.

The nun soon became famous far beyond the monastery, thanks to her miracles. It is known that she saved people from hunger, diseases, epidemics, was the patroness of women in childbirth and peasants. Walpurga enlightened the pagans, was engaged in spiritual and intellectual work – she spoke and wrote fluently in several languages, compiled biographies of famous people. Saint Walpurga died about the year 780, and her relics began to stream myrrh during the transfer.

Thus, it turns out that May 1 is the day of remembrance of St. Walpurga, who had nothing to do with magic and witchcraft. The common misconception arose for a different, albeit somewhat banal, reason. 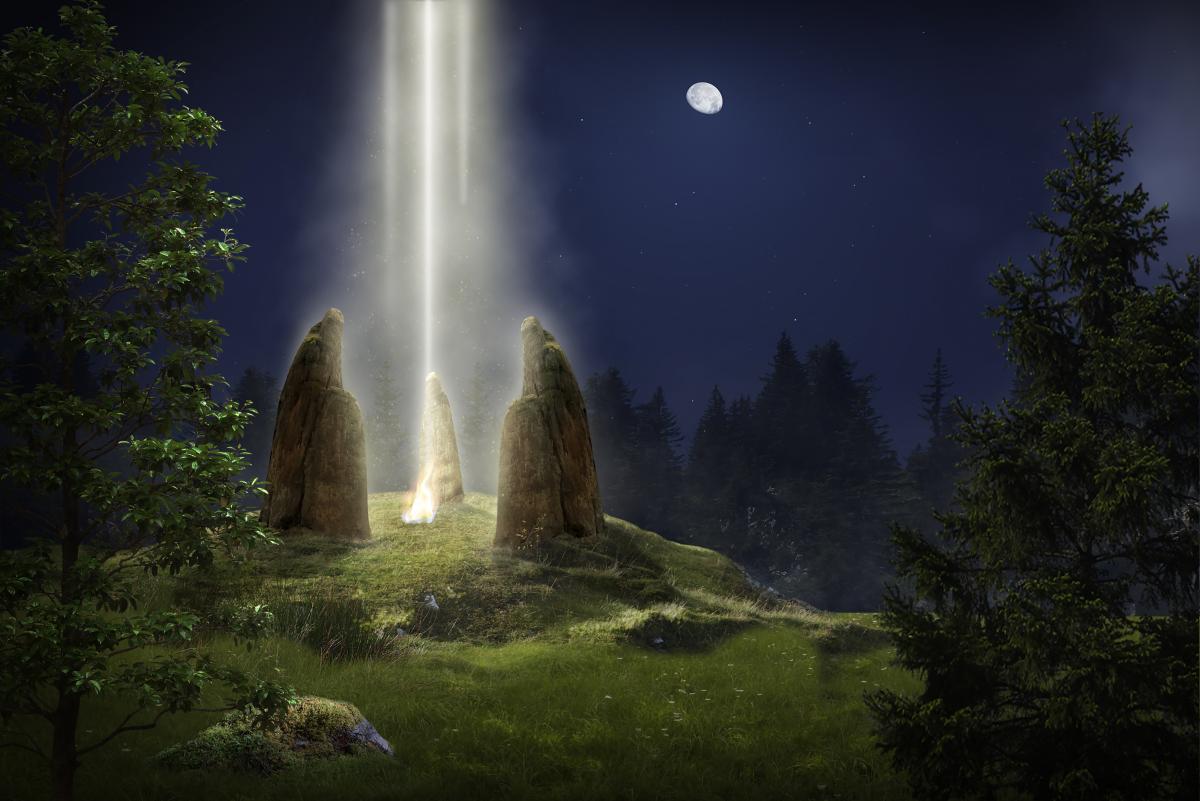 In the calendar of the ancient Celts, there were two most important holidays – Samhain (Samhain) on November 1 and Beltane (Beltane) on May 1. They were associated with animal husbandry – pasturing cattle to summer pastures in spring and driving animals in autumn.

The main ritual of Beltane is the kindling of fires on the hills, the conduct of druid ceremonies, reading conspiracies and sacrifices.

These fire ceremonies had two purposes:

Honoring the forces of nature and the God of the sun – to keep the herds intact, to get a good offspring of livestock, harvest in the fields. Cleansing and protection – to protect the community from thunder and lightning, hail, disease, evil spells of wizards and sorcerers.

In ancient times, the Celts sacrificed people, then changed them to animals, and starting from the 19th century, they used pies or bread consecrated in the church as gifts to the Gods.

Historians claim that on the same date, witches mounted a broom and flew over the settlements, trying to prevent people from meeting spring and praying to their Gods. That is why the night from April 30 to May 1 is considered a witch, and the name “Walpurgis” appeared later, as a result of a historical oversight.

Our ancestors, who had no idea about Saint Walpurga, had their own celebration – Zhivin’s Day. On May 1, they revered the main patroness of the Family and the Life-giving Force – the Goddess I Live. It is known that the word “life” among the ancient Slavs sounded like “belly” – a living body.

On this date, the Slavs performed pagan rites, worshiping the Gods who give fertility to the earth. The rituals were similar to the Celtic ones – people kindled fires and jumped over them, cleansing the body and soul, and young girls took a broom in their hands and walked around the fires, driving away evil spirits.

Also, young women went to the forest and collected herbs – it was believed that on the night of April 30 to May 1, they become healing. In addition, dreams on Zhivin’s Day or Walpurgis Night are always prophetic – we advise you to remember what you dream about.