The vast majority of the inhabitants of the region are hostile to the idea with “khnr”. 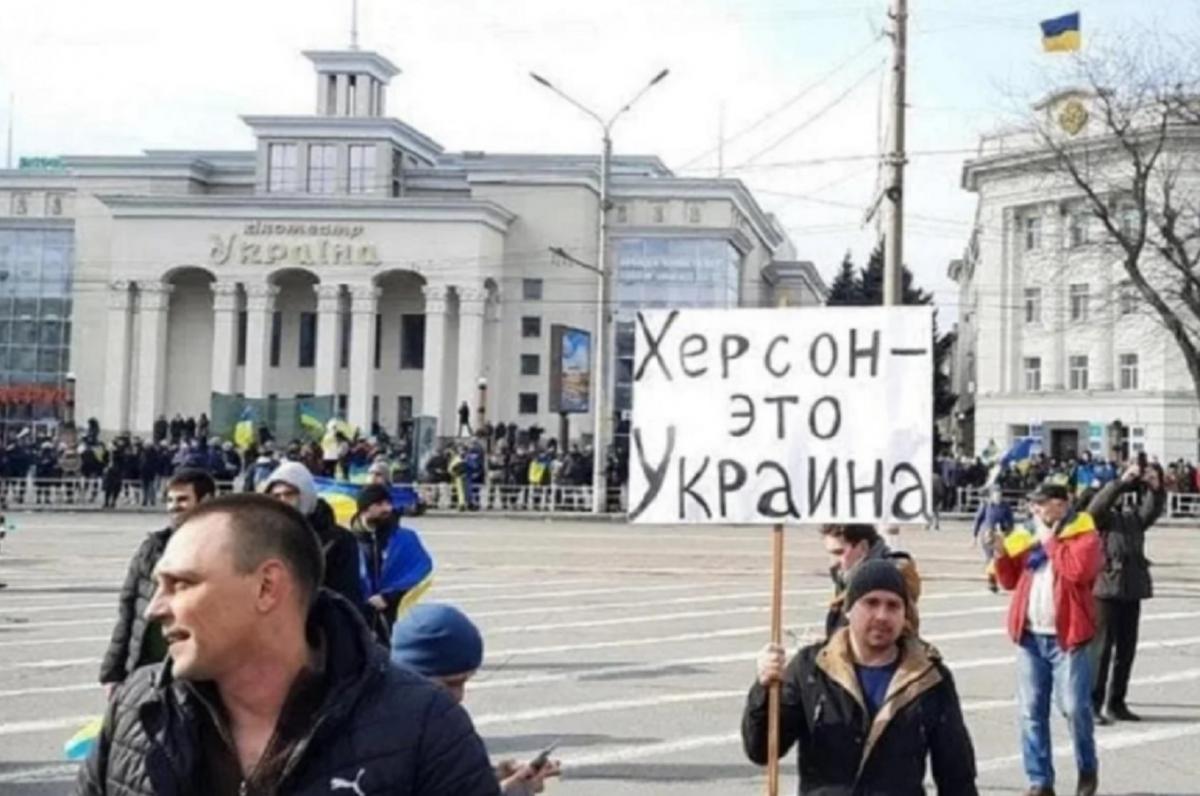 The idea of ​​a “referendum” in the Kherson region failed, so now the collaborators are dispersing the fake that they did not seem to be going to hold it.

According to Ukrinform, this was announced on Facebook by the chairman of the regional organization of the Committee of Voters of Ukraine Dementiy Beliy.

“Why have collaborators in Kherson been dispersing the fake that they “didn’t even intend to hold a referendum” since yesterday? It’s very simple. They couldn’t organize this “referendum,” wrote Bely.

He noted that the ballots could be printed and distributed on armored personnel carriers or “Tigers” guarded by submachine gunners. But to organize voting, many commissions are needed. And someone should send people to these commissions – parties or public organizations, or Councils of Deputies. A small “bunch of traitors” whom the invaders managed to recruit during the two months of occupation is clearly not enough for this complex process, the head of the regional organization of the CVU noted.

According to him, without members of the commissions, without officials who have at least some lists of voters, without agitators who will tell that “it is necessary to participate in the voting”, without the media, information posters – “without all this heap of people it is impossible organize at least some semblance of a vote.”

Thousands of Russian soldiers with machine guns and in balaclavas will not be able to tear them away from the fighting so that they issue ballots in all the villages and cities of the region, and then count the votes, Bely wrote.

And the most important thing, according to him, is that the vast majority of the region’s residents are hostile to the idea with “khnr”.

“That’s why collaborators are ‘dispersing’ fakes, that they ‘didn’t intend to’… Because they already know that the idea of ​​a ‘referendum’ in the Kherson region failed miserably. Kherson region is Ukraine,” he stressed.

Bely also stressed that there are no legal grounds for a referendum either in Ukrainian legislation, or in the legislation of the aggressor country, or in international documents. And this procedure would be a fiction and would have no legal consequences.

As UNIAN reported earlier, the Russian military is preparing a series of pseudo-referenda to “legalize” the occupation administrations. In particular, according to the Main Intelligence Directorate of the Ministry of Defense, in the temporarily occupied territory of the Kherson region, they are preparing to hold a “referendum” on the creation of a pseudo-republic “khnr” and recognition of the occupying power.

In Kherson, on April 27, local residents went to a peaceful protest against the pseudo-referendum and the Russian occupation, the invaders used gas and stun grenades against people.

According to Verkhovna Rada Commissioner for Human Rights Lyudmila Denisova, the invaders are planning to hold a so-called referendum in the Kherson region from May 1 to May 10.