According to the Ombudsman, in fact, by issuing such a “piece of paper” a child is deprived of any citizenship. 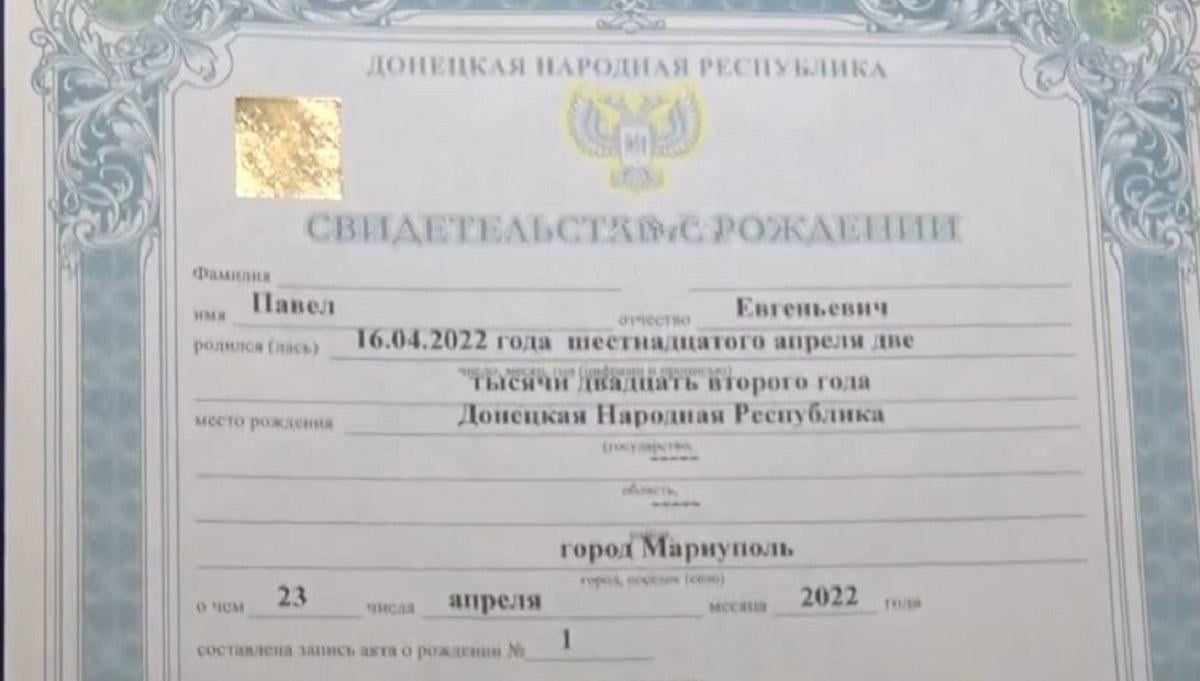 The “certificate” of the DPR was issued to a newborn boy on April 23, his mother was unable to evacuate from Mariupol / photo facebook.com/denisovaombudsman

This was announced by the Commissioner of the Verkhovna Rada of Ukraine for Human Rights Lyudmila Denisova on her Facebook page.

“On April 23, in Mariupol, the occupiers issued such a certificate to a newborn boy whose mother was unable to evacuate to the safe territory of Ukraine,” Denisova stressed.

According to her, in fact, by issuing this “piece of paper” the child was deprived of any citizenship.

The Ombudswoman added that such actions of the Russian Federation violate the rights of children enshrined in the UN Convention on the Rights of the Child, in particular, Article 8, which provides for the right of the child to preserve their identity, including citizenship, name and family ties.

“I urge the citizens of Ukraine in the temporarily occupied Mariupol not to succumb to the shameful influence of Russian propaganda and to protect the right of their children to preserve their individuality and Ukrainian citizenship,” Denisova said.

In addition, according to mayor Vadim Boychenko, the Russians have set up four filtration camps for residents of Mariupol, who are being deported to Russia, and are subjecting the civilian population to various tortures. In particular, they are forced to rip off tattoos with stones.

And the Mariupol City Council reported that the Russian invaders took out of the city part of the surviving ventilators, which are urgently needed in the treatment of seriously ill patients with coronavirus infection.