Kyiv today, April 29: what is happening in the city and region (online) 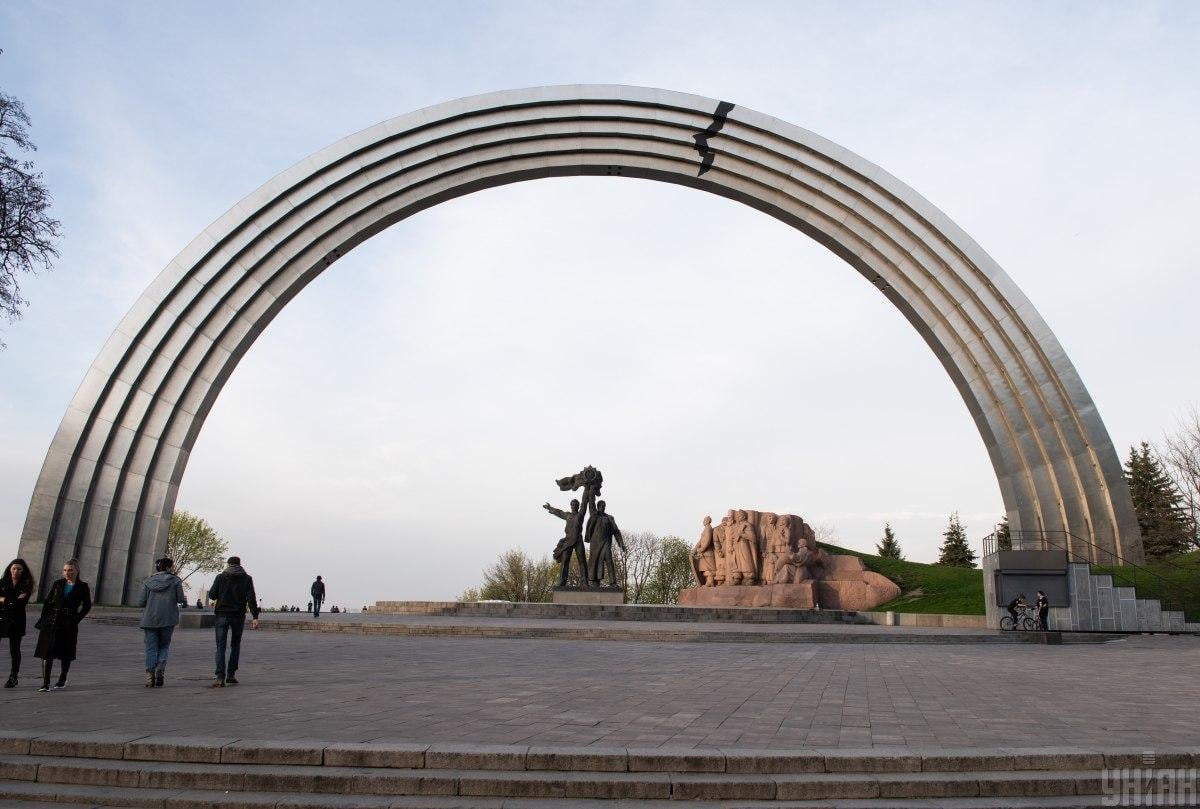 What is the situation in Kyiv today? / photo UNIAN, Maxim Polishchuk

Despite the calls of the authorities not to return to Kyiv yet, the city comes to life. Also, life is gradually returning to its suburbs.

UNIAN talks online about the situation in the capital and Kyiv region as of today, April 29.

21:38 The police of the Kyiv region have no information about the mass grave with 900 bodies of civilians. Representative Irina Pryanishnikova said that President Zelensky misspoke or was referring to general statistics regarding the dead.

21:36 A temporary crossing has been launched in Gostomel.

21:09 New evidence of the atrocities of the invaders in the Kyiv region – a new mass grave of civilians was found, where about 900 people, President Zelensky said: “How many people died – no one knows. There will be consequences, there will be an investigation, then there will be a census. We must find everyone these people – we don’t know how many!”

20:16 After yesterday’s rocket attacks on Kyiv, the police detained at least two people who photographed the destruction and sent it to the Russians, said First Deputy Interior Minister Yevgeny Yenin.

19:47 Ukrainian artists created a chevron for the “Ghost of Kyiv” Each element of the chevron has an important symbolic and historical meaning. 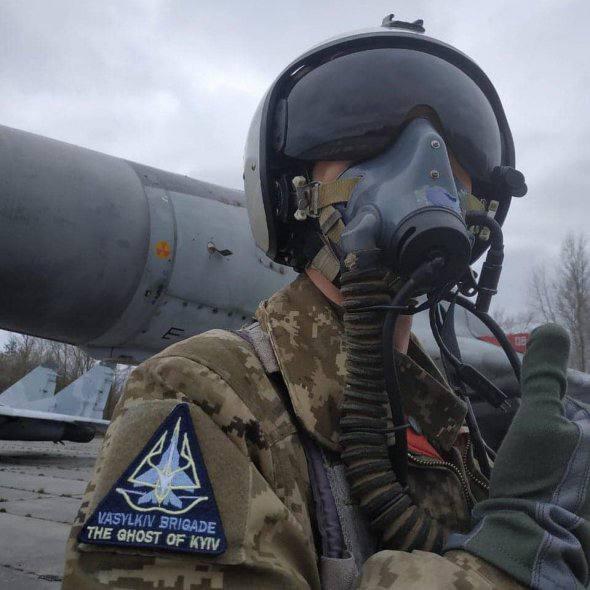 18:35 Rocket shelling of Kyiv: the UN will again discuss the situation in Ukraine. The UN Security Council will meet again next week to discuss the situation in Ukraine. British Permanent Representative to the UN Barbara Woodward According to her, in particular, they will touch upon the topic of shelling Kyiv with rockets at a time when UN Secretary General António Guterres was there. We recall that he said in an interview with the BBC that he was shocked by what had happened. 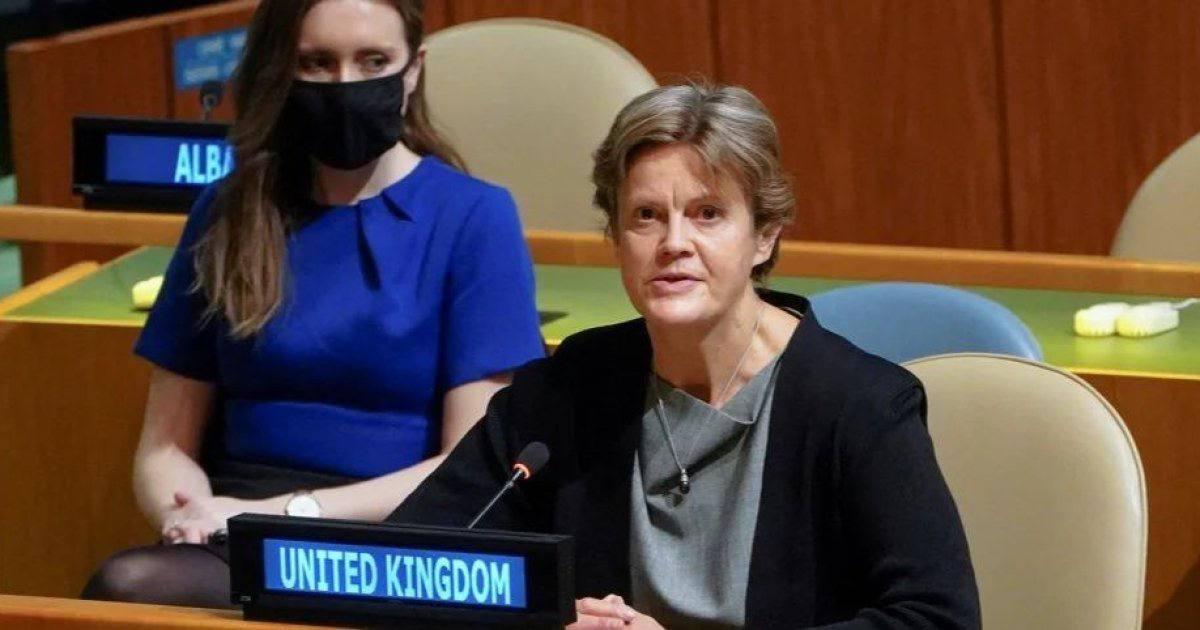 18:24 The shortage of fuel in Ukraine will be eliminated within a week, said Economy Minister Yulia Sviridenko. This deficit arose due to enemy shelling of Ukraine’s fuel infrastructure. In particular, the Kremenchug oil refinery and a number of large tank farms were destroyed. “Market operators have already contracted volumes in Western Europe. And now we are solving the issue of their import to the territory of Ukraine,” Sviridenko wrote. A slight increase in the price of petroleum products is expected due to complex delivery routes and the use of several modes of transport.

17:47 In the Kyiv region, they found abandoned enemy equipment and a hiding Russian machine gunner.

17:17 In Bucha and Irpen, work has already begun on replacing windows and repairing the roof. ‼️The head of the KOVA, Alexander Pavlyuk, and the head of the humanitarian headquarters, Alexei Kuleba, checked the progress of the work. 💪The main task is to repair buildings and social infrastructure – schools, hospitals, kindergartens.

17:02 The Embassy of South Korea plans to return to Kyiv soon. This step is necessary “for uninterrupted cooperation with the Ukrainian government.” This was reported in the Ministry of Foreign Affairs of South Korea. 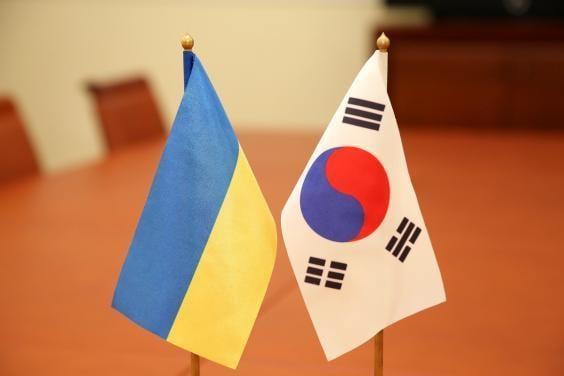 16:38 Another bridge was opened in the Kyiv region: Gostomel was connected to the capital ❗️ In the Kyiv region, on the M-07 Kyiv-Kovel-Yagodin highway, in the Gostomel region, a crossing was built across the Irpen River. The bridge was opened today, April 29. ❗️ “We are gradually restoring the road infrastructure of the near-capital region. This time we built a crossing connecting the de-occupied Gostomel with the capital. The military worked on the construction of the bridge itself, and the road builders worked on the construction of two entrances to it,” said the head of the Kyiv Regional Military Administration Oleksandr Pavlyuk. ❗️The length of the crossing is 19 m, and the width is 8 m. ❗️23 units of special equipment were involved in the work on its construction. 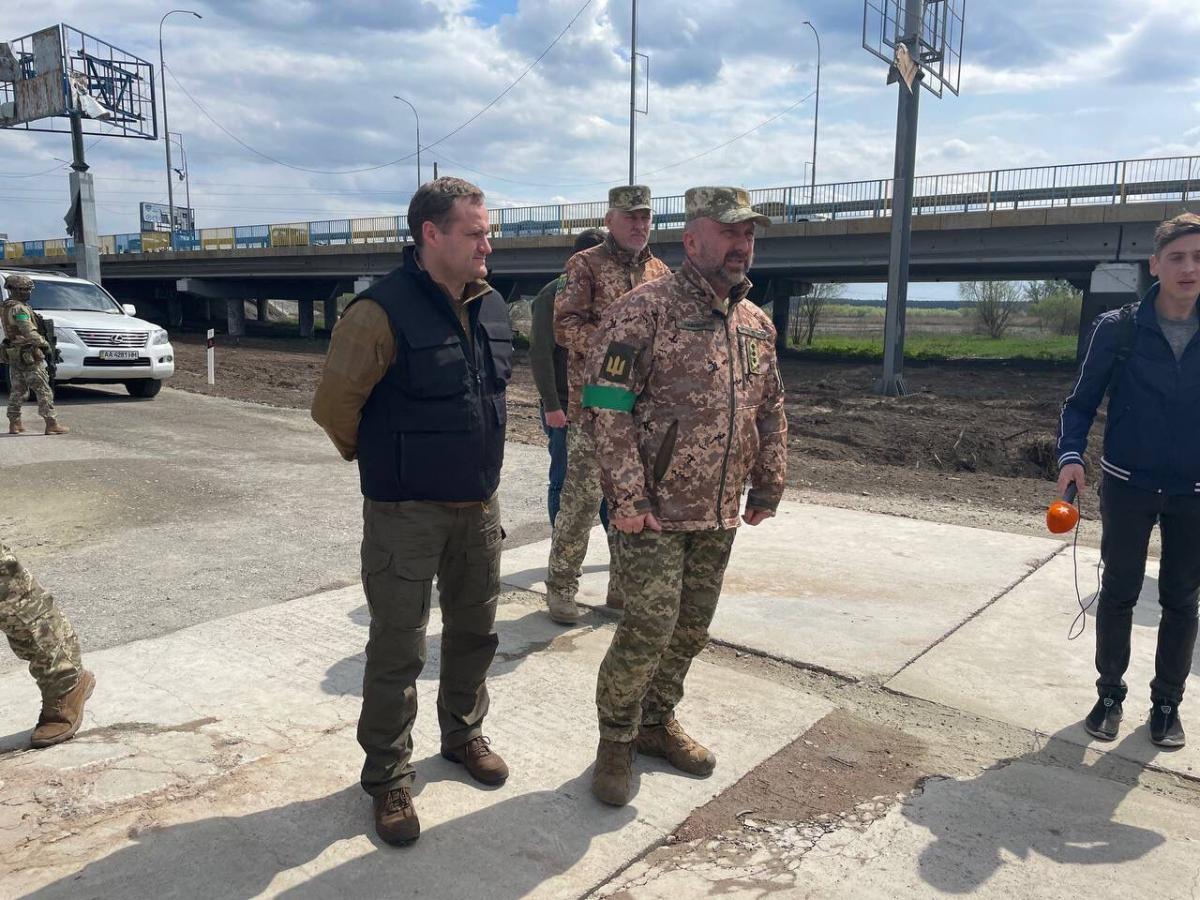 15:29 Fuel prices will increase to 50 UAH/l. The Rada has registered a bill that, among other things, returns the excise tax on fuel and VAT in the amount of 20% (now 7%). This may raise prices by 10-12 hryvnia per liter. According to Sergey Kuyun, director of the A-95 Consulting Group, in this case:

But in practice, prices will be even higher – gasoline at 52 hryvnia, and diesel at 55 hryvnia per liter. 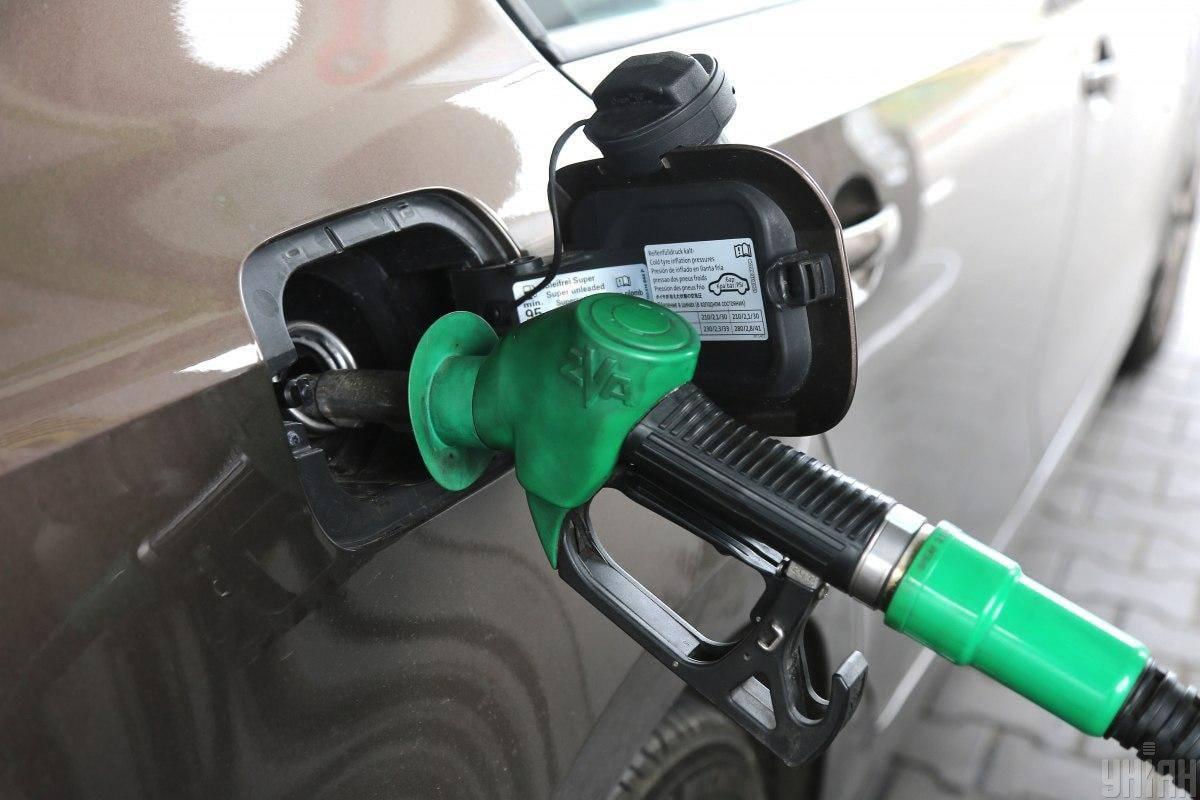 15:04 Kyiv. Problems with gasoline are getting bigger At gas stations, where there is at least some kind of fuel at all, there are huge queues. Perhaps the shortage has also arisen because too many people have returned to the capital lately.

13:50 Ammunition will be blown up near Vyshgorod today. Within the next three hours, the military on the territory of Novye Petrovets will carry out the disposal of explosive objects. Accordingly, strong explosions will be heard.

13:45 Now Irpen is combined with the water supply system of Kyiv and water will be supplied to the city from the capital’s waterworks. Today I was in the suburbs of the capital, where they launched the system and restored the centralized water supply.

13:14 Kyiv is overcoming the consequences of a missile attack: road workers are removing reinforced concrete elements and glass from the roadway in order to resume travel along the street. 7 units of special equipment and 42 employees of Kyivavtodor were involved. The sidewalk work has now been completed. Pedestrian access is secured. 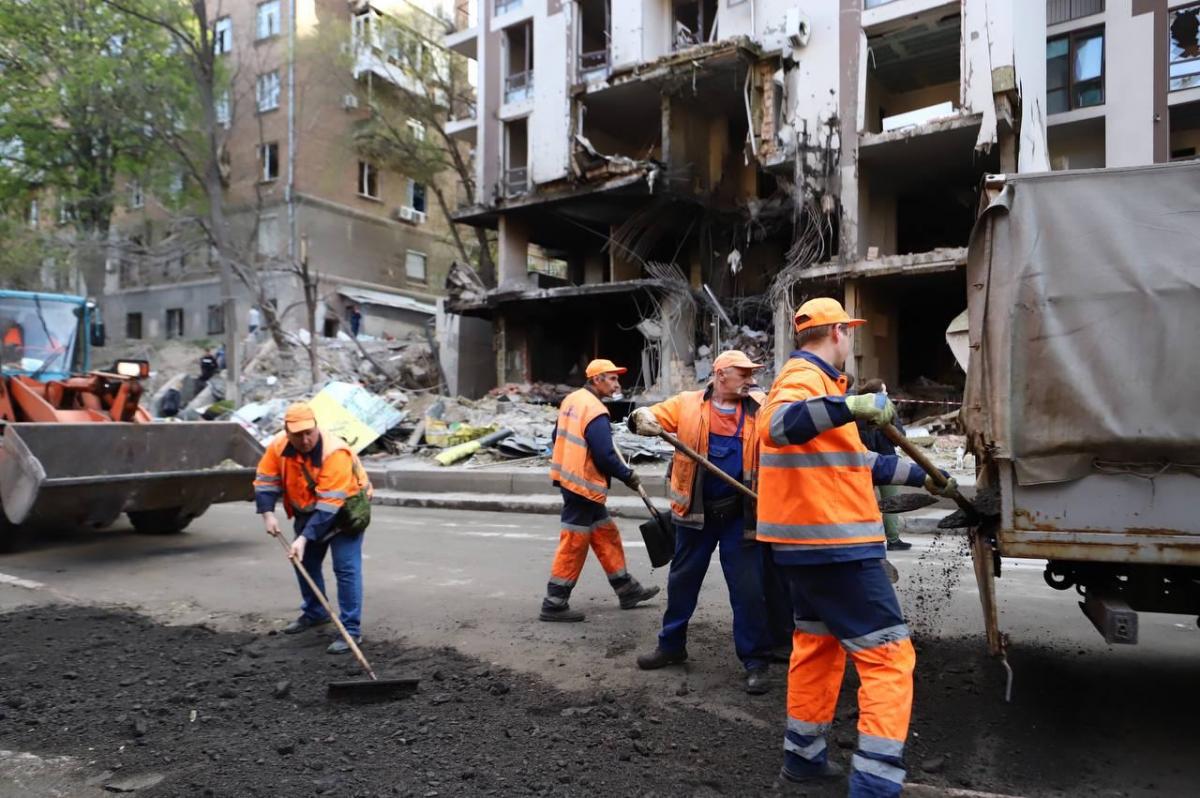 13:04 Drawing of a boy raped by Russian soldiers. The psychologist showed a photo of a drawing of an 11-year-old boy from the Kiev region, who was raped in front of his mother. After the experience, the boy lost his speech and only now is gradually starting to speak. 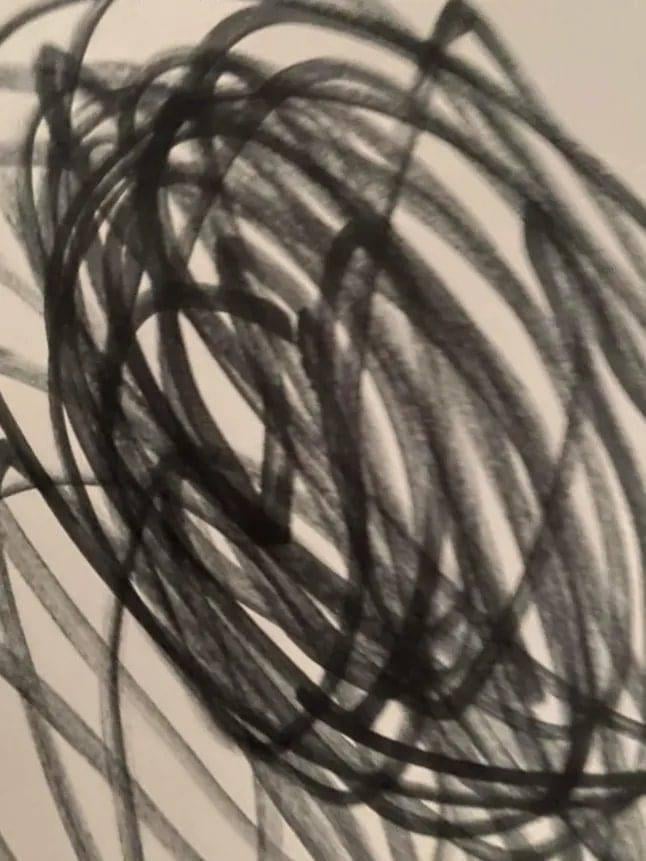 12:40 Information from the head of the military administration of the Kyiv region about the resumption of water supply in settlements that were liberated from Russian invaders. 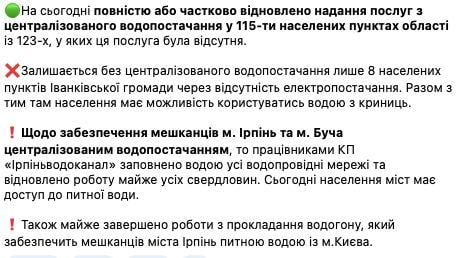 11:52 As a result of a missile attack on Kyiv, the journalist of Radio Liberty, Vera Girich, was killed, her colleague Alexander Demchenko said. A Russian rocket hit her house. 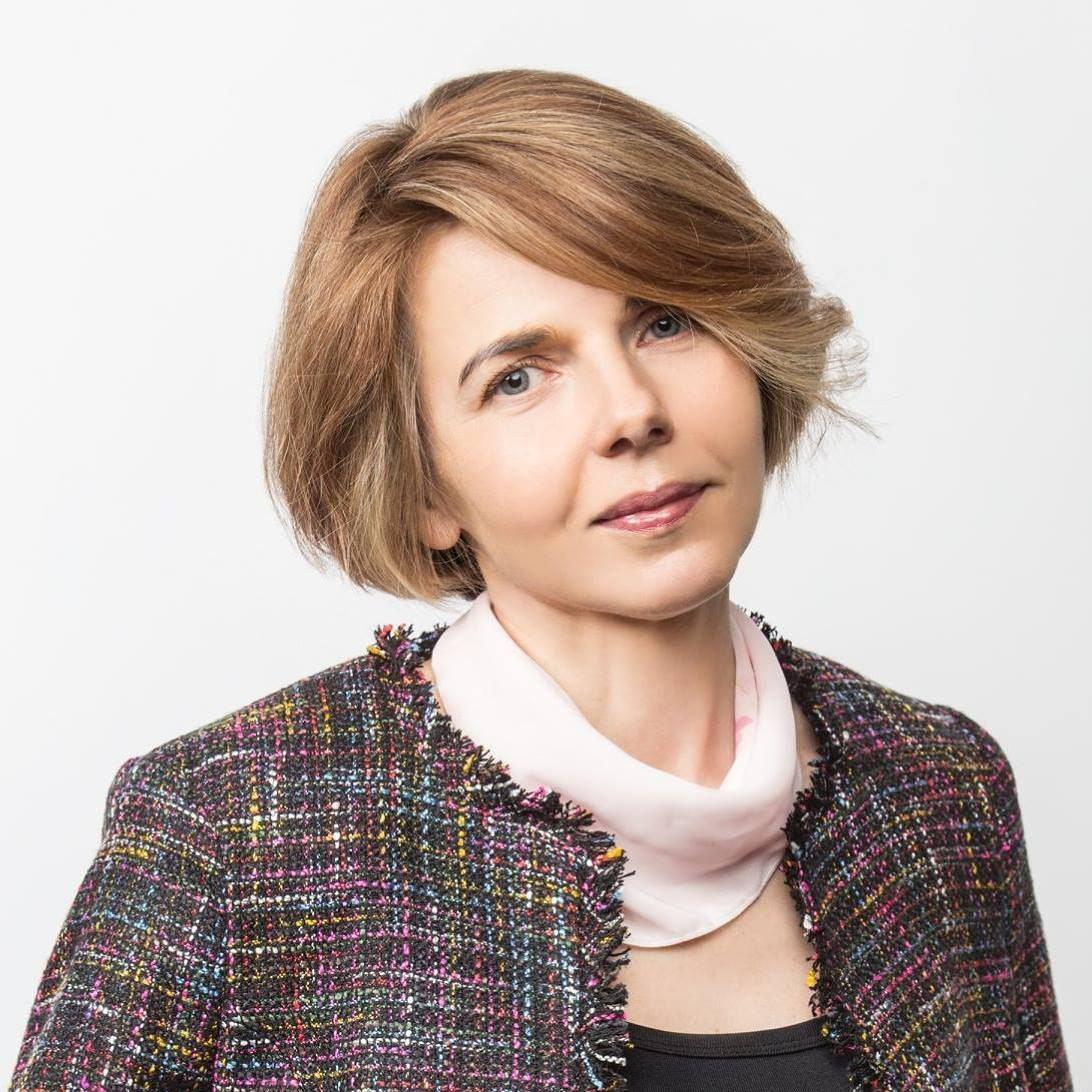 11:38 Kyiv residents should not move around the city without unnecessary need due to a shortage of fuel. This was stated by the first deputy head of the Kyiv City State Administration Mykola Povoroznik.

11:20 The military has developed a new plan for the defense of Kyiv.

10:34 Rescuers found the body of the deceased in a residential building in the Shevchenkovsky district of Kyiv, where a Russian military rocket hit on April 28, Mayor Klitschko said.

09:10 Message from the mayor of the city Vitali Klitschko regarding yesterday’s rocket attack on a residential building:

06:00: The night in the capital passed quietly. After the end of the alarm at 21:17, there were no reports of explosions. The air raid alert was also not announced.

01:00: UN Secretary General António Guterres said he was shocked by the missile attack on Kyiv.

Recall that the Russian military shelled the Shevchenko district of Kyiv at a time when Guterres was in the capital to meet with President Volodymyr Zelensky. As of Thursday evening, 10 people were known to have been injured in the shelling. 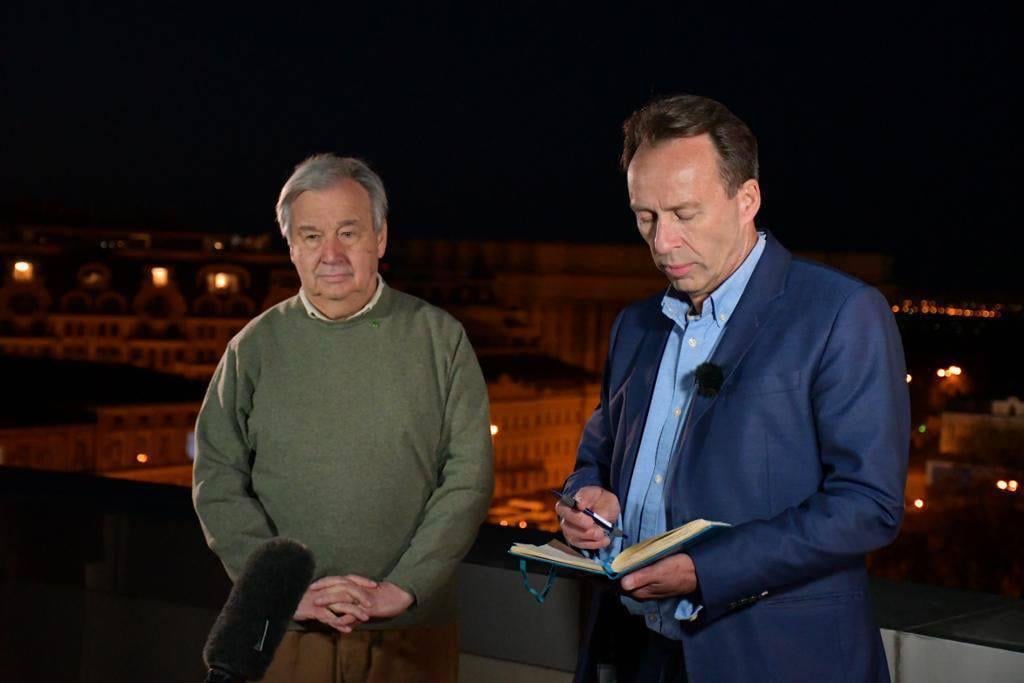 Recall that Russia launched a full-scale invasion of Ukraine on the morning of February 24.