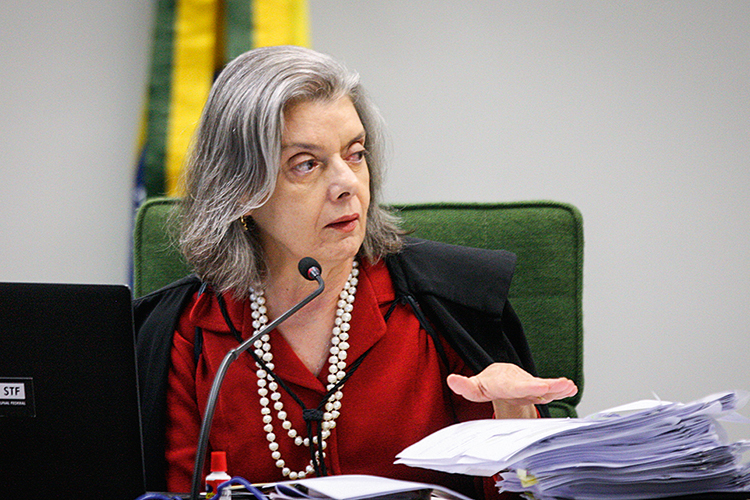 “I apologize [ao plenário do Supremo], just for a word about a fact that was widely reported yesterday (27/04), but which needs to be investigated, because it concerns the circumstance that a 12-year-old indigenous girl was allegedly raped to death in an attack by miners in the community of Aracaçá, Waikás region, in the Yanomami Land, in Roraima (…) The violence and barbarism practiced against the indigenous people has been happening for 500 years, not unlike the violence that has been occurring, especially against women in the Brazil, in an increasing way. It seems that civilization has meaning only for a group of men. The Judiciary acts through provocation, the citizen acts through pain. Pain as it is provoked, which could be anywhere on the planet, in a lethal cruelty against women. This perversity, I think, cannot remain just as statistical data, as news, as if they were normal facts of life. They are not. Nor can they remain as news that are formalized in endless processes that never clarify, nor punish, the authors of the barbarities practiced. Femicide in Brazil has been showing an average of four women killed each day, as reported this March. Indigenous women are massacred without society and the State taking efficient measures to reach the era of human rights for all, not as a privilege of part of society. It is no longer possible to think of any kind of parsimony, tolerance, delay or omission in relation to the practice of such cruel and very serious crimes (…) It is necessary to adopt clear, safe, continuous measures, so that not only this case that was reported is clarified — if it took place, how it took place, under what conditions — so that it takes place in terms of human rights.”