Fernando Haddad: “We have a disturbed person in the Presidency” 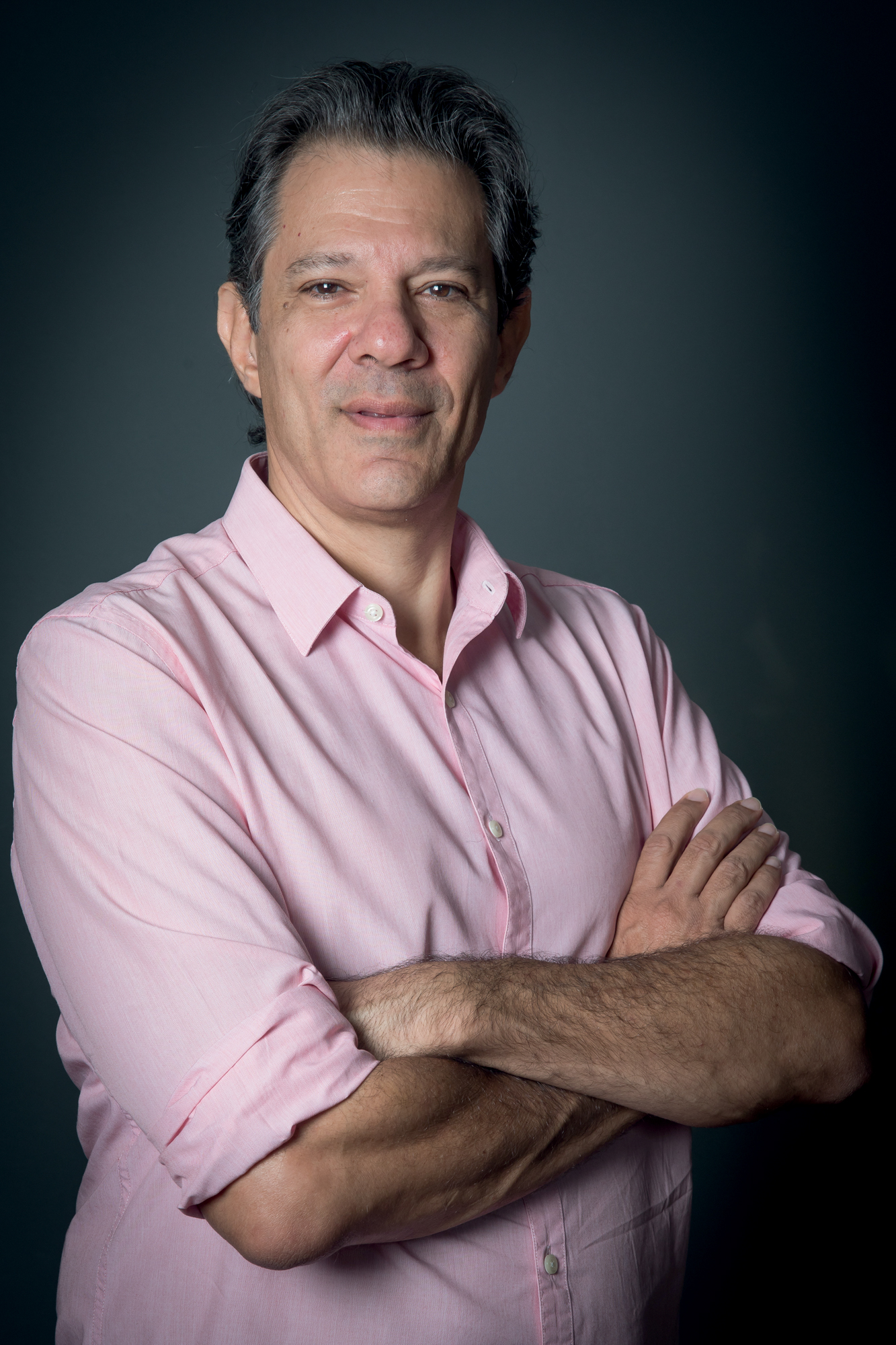 Main PT cadre after ex-president Lula, ex-minister of education and ex-mayor of São Paulo Fernando Haddad assesses that the moment the party is going through is much better than the two previous elections it contested. In 2016, at the height of the Lava Jato siege and in the wake of Dilma Rousseff’s impeachment, he was defeated by João Doria (PSDB) in the first round in his attempt to remain in the mayor’s office. In 2018, launched as a presidential candidate as Lula’s steppe, he led to the party’s first national defeat since 2002, more than 10 million votes behind Jair Bolsonaro. Now, however, he leads the polls for governor of São Paulo, a state that the PT never ruled. In his view, the chance of national polarization contaminating the state dispute is enormous — and Lula is his trump card to win. Below are the best excerpts from the interview, in which he also heavily criticizes the current president.

What memory do you have of the unfavorable disputes in 2016 and 2018? In 2016, people were leaving the PT. I disregarded this alternative because the legend had given me the opportunity to be a minister and mayor. And the actions against Lula were ridiculous. Leaving the party at the most difficult moment in its history would not be my style. In São Paulo, there were even refinements of cruelty, since the two former PT mayors had left the acronym (Luiza Erundina, for the PSOL, and Marta Suplicy, for the PMDB, were their opponents). I was totally isolated because the PT was isolated. But even so, I decided: “I will face it”. I couldn’t take any other attitude than that. In 2018, I articulated for Jaques Wagner or Ciro Gomes (PDT) to accept being vice president on Lula’s ticket (until PT is declared ineligible). And I volunteered to be Ciro’s deputy. I didn’t think they would refuse and waited until the last minute. In the end, I couldn’t say no to Lula and the PT and I accepted to run for president. I still think we managed to react almost to the point of winning the election.

Much of this anti-petismo from 2016 and 2018 came with Lava-Jato. How do you rate the operation today? They missed an incredible opportunity to do an impeccable job. The Lula and Dilma governments gave all the instruments to fight corruption. Legislation, police autonomy, independence of the Public Ministry, strengthening of the CGU. As fate would have it, a judge (Sergio Moro) decided to make this a springboard for his political career and put everything at risk. The art of fighting corruption is not just about holding the culprits accountable, but preserving the innocent. I did a job at the city hall that is internationally celebrated. I set up a controllership and we fight corruption by separating the wheat from the chaff and preserving the wheat.

“There is no Bolsonaro government. There is the Bolsonarist agitation. His government has no project. What exists is political, electoral unrest, but at the cost of the country’s destruction”

Although Lula got rid of the lawsuits, the PT’s association with corruption continues today. How to deal with it? But it has improved a lot. Especially in the case of Lula and Dilma, it has improved a lot. The UN Human Rights Commission has just condemned Moro internationally (it concluded that he was biased and that Lula had disrespected political rights). What will they be able to say?

In the election in São Paulo, there is an understanding that voters, especially those from the countryside, are conservative and will hardly vote for the PT. How to win in this scenario? They said that the city of São Paulo was conservative and the PT won three times here. The interior is a communicative challenge. Everyone wants to change their lives for the better. Life in these areas is already good, but it can change for the better and safely. We can give young people more opportunities, produce more, add value to production, to agro-industry, attract investment. We are losing factories to other states, we have to reverse deindustrialization. We can all this, but we need to explain it to the resident of the interior.

What proposals will it lead to that voter? Former governor João Doria made a serious mistake. He sharply increased the tax burden amid the pandemic and that is inexcusable. I was a small business owner until I was 37 years old. There was a fabric store with my father and a construction company with my brother-in-law. It’s not easy for you to keep a company. This increase in Doria’s tax burden caused us to lose jobs.

But his government has positive data, like the fact that the GDP has grown more than the country’s, right? They sell the thesis that the state has a record of investments. But you can take the historical series: in the first three years of the Doria government, compared to the previous government, investment was lower. In the fourth year, it has a small chance of increasing, but remembering that there is a lot of fake investment, which is when you transfer resources from the Treasury to a state-owned company or a municipality, without being sure that the state-owned or the city hall will actually invest and will generate jobs.

Will your campaign be focused on these state issues or will the issues be nationalized? It’s kind of impossible not to have a national component in the election in São Paulo. We have a disturbed person in the Presidency of the Republic, totally unbalanced, who arrives competitive. And Lula is a strong candidate. What is observed is that the sum of voting intentions for third way candidates is decreasing. It was already 20%. In other words, voters are positioning themselves.

In this sense, will your biggest rival in São Paulo be Tarcísio de Freitas (Republicans), supported by Bolsonaro? I couldn’t say, but Tarcísio isn’t even from São Paulo. He has a very strong ideological component in the intention to vote for him, which makes Bolsonaro’s supporters blindly vote for his candidacy.

Is your leadership in the polls a reflection of the polarization between Lula and Bolsonaro? I was Minister of Education for many years. The marks of my management are the ones that stayed. Sisu, Prouni, Fundeb, Fies without a guarantor, Path to School, Open University, Federal Institutes, Ideb, National Teaching Floor. These are brands that are twelve years old and are in people’s minds. My administration at the city hall is undergoing a complete reassessment, and programs are being rescued. I had the challenge of trying for reelection amid the impeachment of the president who was from my party. It is impossible for one thing not to contaminate the other.

How do you see Bolsonaro’s confrontation with institutions, especially the STF? There is no Bolsonaro government. There is Bolsonarist agitation. At various moments in contemporary politics, especially with the mass media, the nature of democracy has completely changed. It is possible for a government to maintain itself solely and exclusively on agitation. The Bolsonaro government is not a project government. What exists is political and electoral agitation, but at the cost of the country’s destruction.

Lula counts on the former toucan Geraldo Alckmin to face Bolsonaro, an alliance that you helped to sew. How did this happen? Alckmin and I had some conversations at the house of Gabriel Chalita (former secretary of Education of Haddad and Alckmin) about establishing a line of action with a common denominator in case we were candidates for the government of São Paulo: neither Doria nor Bolsonaro did the state good . One day I asked him (Alckmin), during the discussions, why not open the platform for Lula. It started like this. Until another person said: “Why not vice Alckmin then?”. Then, it fell to me to sound out Lula and Alckmin. Coincidentally, Márcio França, who was also talking to Alckmin, suggested that the PSB could be a way to make this agreement viable. All this to say: from the beginning, we understood that, if this construction was successful, it could not have repercussions at the local level. PT and PSB would have the freedom to make local arrangements. The national issue must have a sphere of understanding, and we will try to understand each other locally.

“We have already governed almost 200 of the 645 cities in São Paulo, around 60% of the residents. I’m not saying it’s not challenging, but these people have already voted for PT. There is fatigue with the government”

How did you interpret France’s statement to VEJA’s Amarelas On Air program that Lula’s mea culpa was to have Alckmin as his deputy? Lawfare (use of justice to persecute disaffected people) was not restricted to the PT. Alckmin was a victim, Márcio França too. After 2018, all parties were affected, which resulted in the election of a hoax, which sells itself as ethical but is perhaps the worst part of the political system. Which doesn’t mean that not everyone who was sued shouldn’t have been. We must be investigated, because public persons need to know that they have chosen this life and that they cannot have privacy regarding their heritage.

The PSDB has governed São Paulo since 1995. To what do you attribute this hegemony? We had opportunities to win with Marta in 1998, José Genoino in 2002 and Aloizio Mercadante in 2010. In 1998, with less than 100,000 votes, Marta did not go to the second round in place of Mario Covas, who only won against Paulo Maluf because he had PT’s support. In any case, there was a lack of a broader dialogue in the small towns, with the local reality. We already govern almost 200 of the 645 cities in São Paulo, about 60% of the residents. I’m not saying it’s not challenging, but these people have already voted for PT. There is a clear fatigue with the government, not least because neither Doria nor Rodrigo Garcia, his candidate for succession, have any connection with the historic PSDB.

How will your relationship with the police be, since there is a strong connection between the category and Bolsonarism? We have to understand them as public servants of security. We need to treat them with dignity and link them to a project where society is heard. Present a plan with a beginning, middle and end, provide transparency, involve society, communities, everything agreed. What we want is a more respected and valued professional, who makes society safer.

You wrote an article in which you defend the adoption of a single currency for Mercosur, whose repercussions led to speculation that you could take over the Ministry of Finance in an eventual Lula government. How did you see it? As the coordinator of Lula’s government plan in 2018, I almost presented the idea, but it wasn’t ripe for discussion yet. With the developments from 2018 to 2022, the international situation, the geopolitics, I thought the moment was more mature. But that was just a contribution to a seminar.