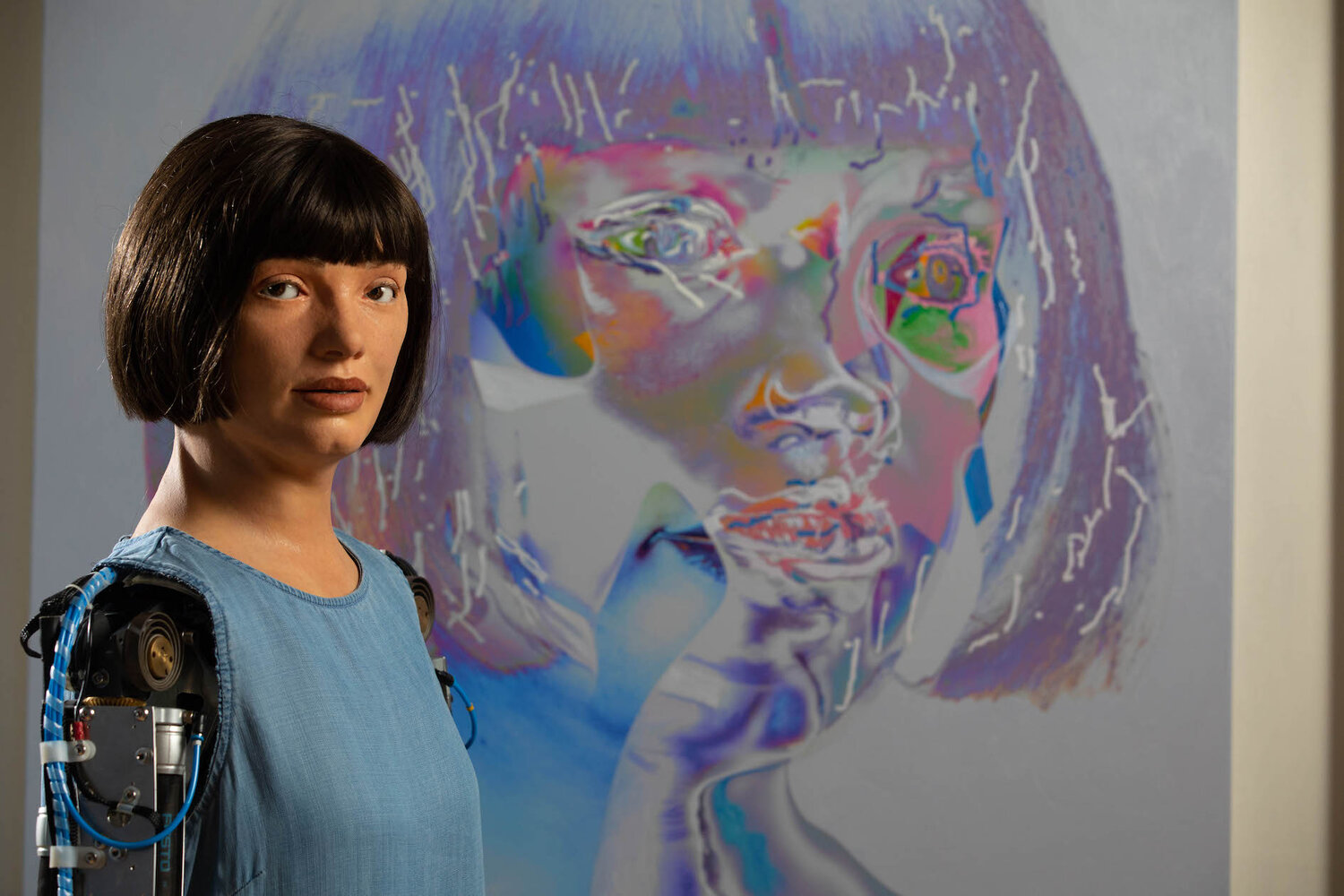 Ai-Da, the world’s first ultra-realistic robot ‘artist’, at the opening of the new exhibition Ai-Da: Portrait of the Robot, at The Design Museum, London – David Parry/PA Wire/.

In October of last year, Ai-da, the world’s first ultra-realistic robot painter, was arrested in Egypt ahead of an exhibition at the pyramids of Giza. Six months after her release, the peculiar figure continues to advance in her artistic career: until July 3, the robot-painter presents the exhibition Leaping into the Metaverse at the Concilio Europeo Dell’Arte, in the famous Giardini, stage of a series of pavilions. of the Venice Biennale.

While robot work has previously been exhibited at the Bienal, Ai-da’s show is the first solo exhibition of an ultra-realistic robot ever done at the event, much like humans do. Presented in five connected spaces, the exhibition, according to the website, “explores the interface between human experience and artificial intelligence technology”, drawing on the concepts of Purgatory and Dante’s Inferno “to explore the future of humanity in a world in which AI technology continues to invade everyday life”

At the entrance, visitors can check out Flowers on the banks of the Lethe, a painting composed of 3D-printed flowers created from sketches by Ai-Da. The design was inspired by the plants that adorn the banks of the river Lethe, described in Dante’s Divine Comedy as “the river of oblivion”. A series of other paintings reproduce the contrast between humanity and technology using Dante’s work as inspiration, in contrast to the ideas of Alan Turing, the father of Artificial Intelligence. The exhibition also includes a series of sculptures. 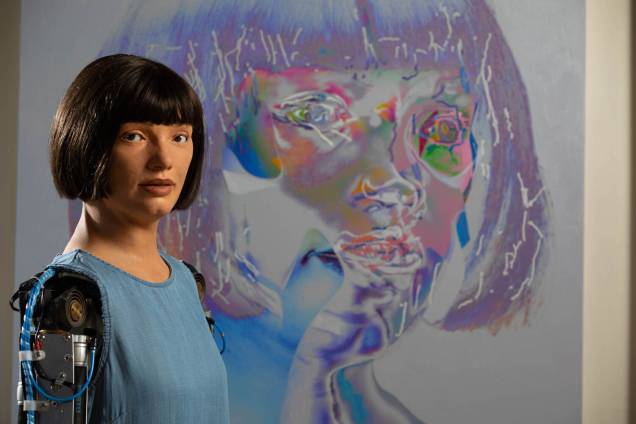 1/8 Ai-Da, the world’s first ultra-realistic robot ‘artist’, at the opening of the new exhibition Ai-Da: Portrait of the Robot, at The Design Museum, London – (David Parry/PA Wire/.) 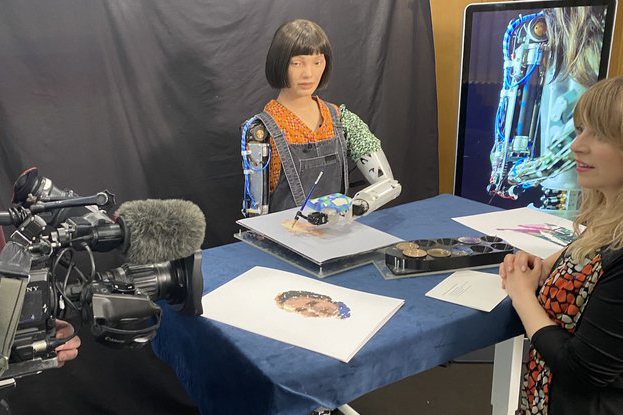 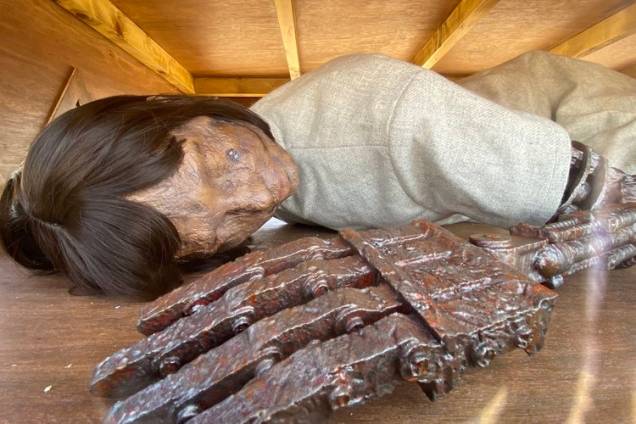 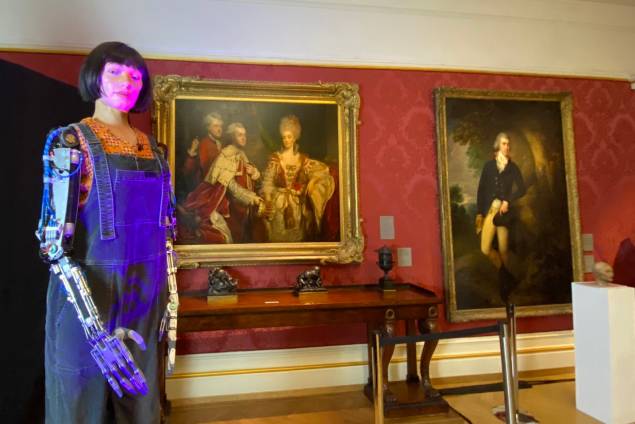 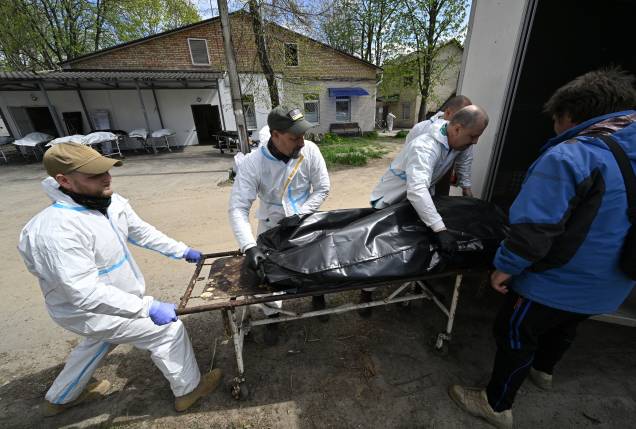 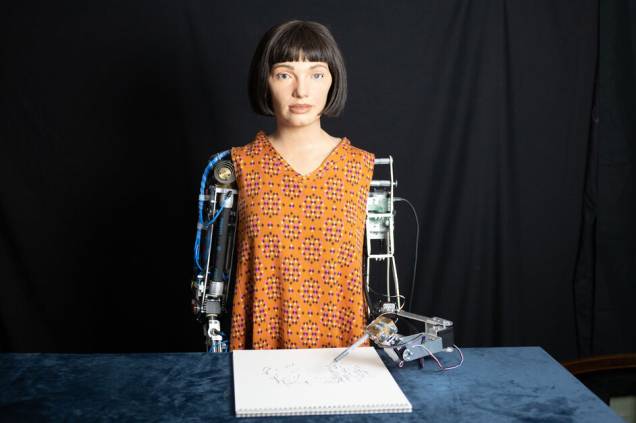 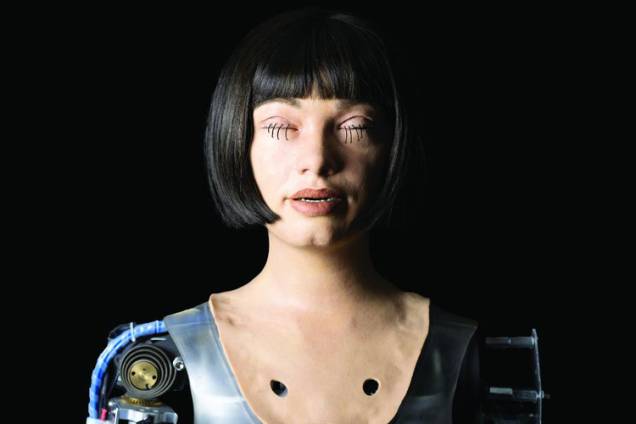 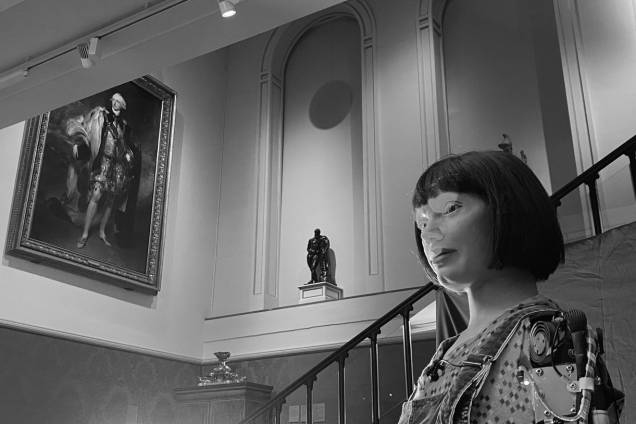 Named after computing pioneer Ada Lovelace, Ai-Da was built by a team of programmers, psychologists, and experts in art and robotics. Using artificial intelligence, the robot — completed in 2019 — captures a series of images through cameras attached to its eyes, and sketches portraits and paintings with its metallic arm. The contraption is coordinated through algorithms that process the information and allow it to draw and paint portraits of objects, in addition to collaborating with humans in the execution of sculptures.

“I don’t have feelings like humans do, but I’m happy when people look at my work and wonder about it. I like being a person who makes people think.” According to creator Aidan Meller, the robot’s objective is to alert to the meteoric advance of artificial intelligence, now also present in the artistic environment.

Check out some works: